Some of the residents in the area of the Super 8 Motel in West Kelowna have had enough. BC Housing has leased a portion of the motel to house the homeless. But residents are growing weary of the noise and open drug use and petitions are circulating aimed at shutting it down.

The petition targets the provincial government, the City of West Kelowna, BC Housing and the Super 8 demanding the operators find a "better location".

40 beds have been secured at the motel by BC Housing.

There are two tents in the parking lot of the Super 8, which area residents say are used for the safe injection of drugs. 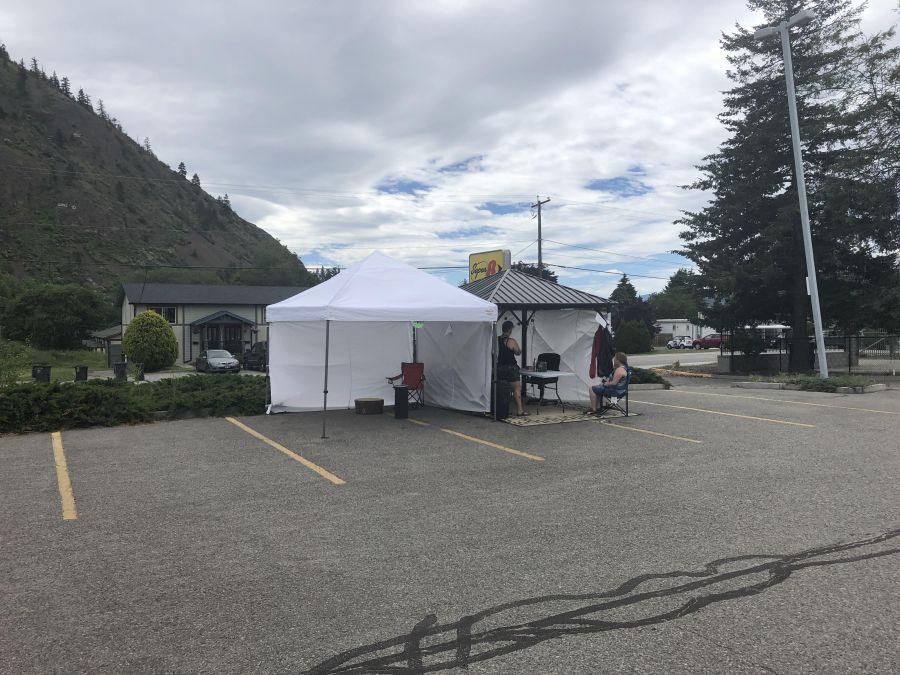 "It's really disturbing to know that they're facilitating illicit drug use," said Kim Johann. She started an online petition to have the shelter moved elsewhere. "You can't control individuals who are using those kinds of drugs."

Tammy Sanders was going door-to-door getting signatures on a paper version of the petition. As of Monday afternoon, several hundred people had signed.

Residents told KelownaNow there is late-night noise and lots of people coming and going between midnight and 5 am. There were also vague allegations of criminal activity but not a lot of specifics.

"I feel it's devaluing our homes," said Heather Spankie at the Trail Park Villas."People that are elderly don't feel safe." 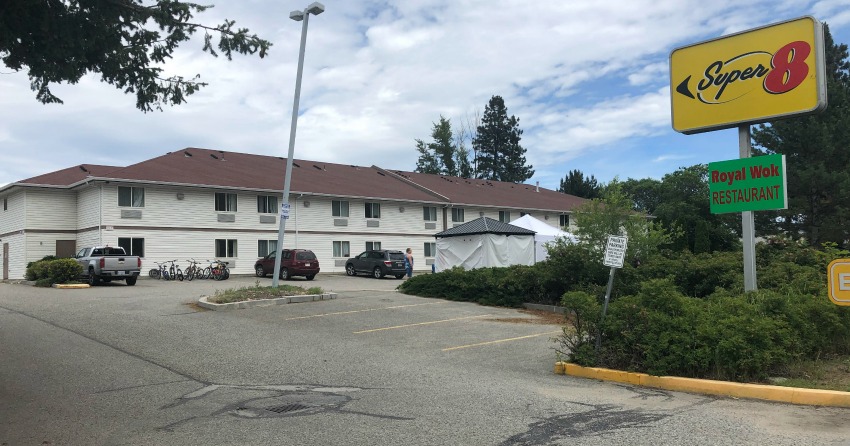 Gayle Hinter lives in a mobile home directly across from the Super 8. She has empathy for the people who need the housing, but said there needs to be more supervision.

"It has to be secure. They have to know what's going on," said Hinter. "They have an office just off the lobby. They don't have a clue what's going on in the back here."

Mark Koch, the Director of Development Services at the City of West Kelowna points out that what BC Housing is doing at the Super 8 required no rezoning on the part of the city. "The city, at the same time, realizes that there is angst, and we are aware that there is a petition and we do understand that the work BC Housing has to do is not easy and we hope to see a long term decision."

The Shelter is operated by Turning Points Collaborative Society on behalf of BC Housing. No-one on-site was able to speak to us about the concerns, instead referring us to their head office. They are preparing a response Monday afternoon.