(Update 6 p.m.) - The BC government has now confirmed that Cornerstone Shelter will shut its doors on March 31, 2019.

According to the province, BC Housing and the John Howard Society have met with neighbouring residents, local businesses and the City of Kelowna to address concerns about the shelter, with the goal of identifying an alternate location.

Located in downtown Kelowna's Leon Avenue, the controversial shelter offers 80 mats to those experiencing homelessness and has operated at or near capacity since it opened in November of 2017.

Some residents will be moved to one of Kelowna's two new supportive housing projects opening this fall. The first of which is the Commerce Avenue project, that will provide 46 new homes upon opening. A second housing project will offer 42 new units located along Highway 97 near Leathead Road.

(Original Story) - The controversial Cornerstone Shelter on Leon Avenue in Kelowna will close down next year.

Sources tell KelownaNow that BC Housing made the commitment while acknowledging the negative impact the facility has had on neighbouring businesses.

The City of Kelowna is supportive of the planned closure. Manager Doug Gilchrist told KelownaNow there will be enough space in newly created facilities to care for the existing clientele. But at least one area business is urging BC Housing to make the commitment in writing. "We want a formal document", said Steve Harvey of Business Finders Canada on Leon Avenue. 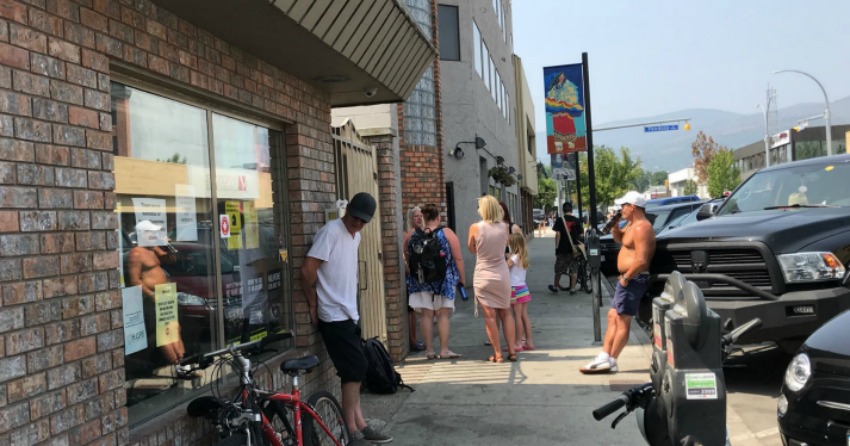 One Cornerstone resident, who prefers we only identify him as George, said residents will access housing even if it is away from the downtown. "We'll be alright', said George.