VIDEO: It's like having a pair of eyes in your pocket

Advances in technology are available, that can make the world a better place for blind people. The good news is, they can work very well. The bad news is, many blind and visually impaired people don't even get a chance to try them.

Craig Faris knows all about it. He happens to be blind himself and he works with the CNIB doing assistive technology training where he can who blind and visually impaired people who to make the most of these applications.

Faris went on to demonstrate how this app connects a blind person with a volunteer who can use the camera on his phone to describe what's ahead for him.

Another app is great for identifying items in the grocery store. 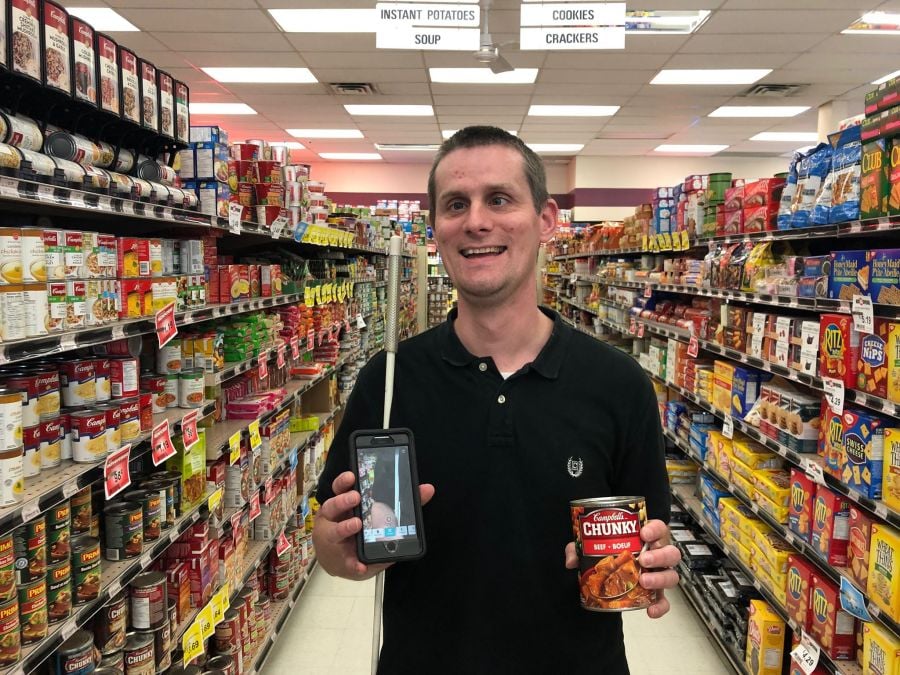 "It can do a lot of things," said Faris, "it can read the mail, and it can identify faces and colours and all kinds of things."

It's all great news for blind people, who could take hours and hours trying to get their shopping done.

"There's a thousand different applications for apps like these that give so much more independence and save time for blind people."

But there's a problem. Blindness remains a huge barrier to employment. That means many blind and visually impaired people can't afford to get a smartphone in the first place.

"46% of blind Canadians don't even own a smartphone," said Faris. So he hopes that people will see how helpful a device like this can be for a blind person, sponsor someone, and help make their life just a little easier.

"If you have a loved one who could benefit from this technology," he said, "or you kind of feel inspired by what's possible, there is always that opportunity to sponsor the different work we do here at CNIB."

Anyone interested in helping is urged to contact their local office of the CNIB. In Kelowna, you can reach out to Marni Adams at 250-317-1878.

Fri
11℃
Make Homepage Advertise with Us

Jewellery store calls it quits because of COVID