While epidemiologists describe the absence of a spike of patients in B.C. hospitals as a success in "flattening the curve", there are some who see it as evidence that all of the measures we've taken weren't necessary in the first place.

A group of about 20 people gathered across from Kelowna City Hall today to voice their belief that there really is no pandemic.

Topping the list of demands of the protesters is that all provincial and federal government leaders recognize that there is no pandemic. David Lindsay organized the protest.

"Our position is that a proper analysis of the statistics shows that they're being falsified," said Lindsay. 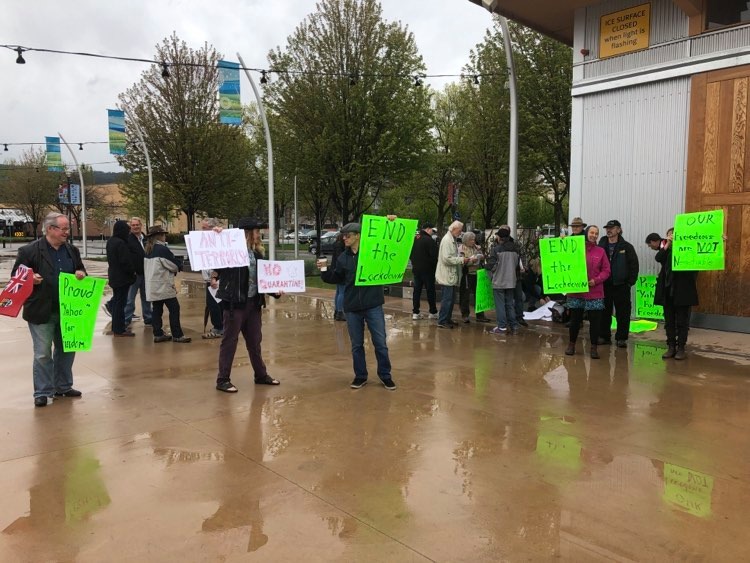 There were over 20 people involved in the demonstration, and the few we spoke with agree with the theory that the government is using the pandemic to control the population and destroy the country.

"Take us into communism yes," said a woman who would not provide her name. "100 %. Right down the road to communism."

Deaths are being inflated, argues Lindsay, who also suggested that the actual number of cases are likely fifty times higher than what's being reported. 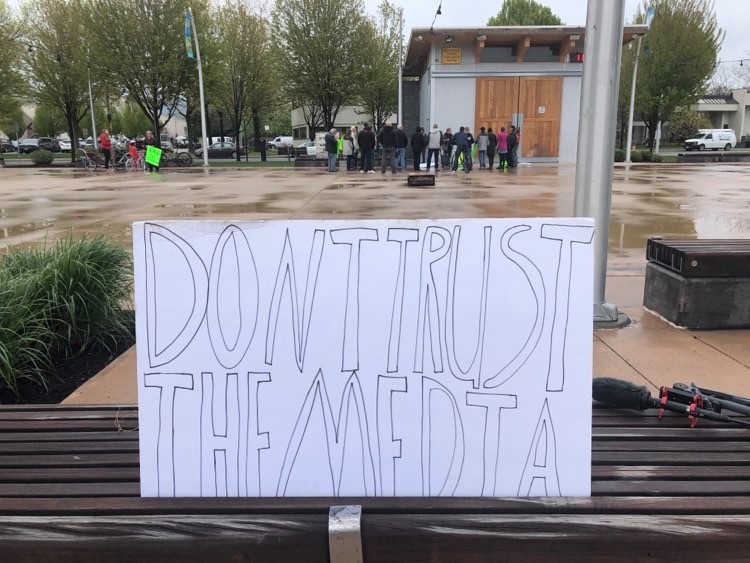 Michael Griffen was walking along the boardwalk as the protest was underway. He described it as a joke. "It's 20 people he said."

He takes exception to the group's suggestion that COVID-19, which is recognized worldwide as a pandemic, is really no worse than the flu.

"It is obviously much more serious than the flu," said Griffin. "Yes people die from the flu, but this is an unusual event, nobody knows much about it, people are dying in much greater numbers, much more quickly."

Beyond their assertions that we're all being misled about the coronavirus, the protesters are calling for the immediate re-opening of all businesses including restaurants and bars.

During the protest, physical distancing was not happening. Handshakes and hugs were frequent.

The views of the demonstrators are at odds with public opinion. A recent Mario Canseco Research poll found 68% of Canadians approve of the federal government's handling of the crisis, and in BC, the provincial government's approval rating polled even higher.