At a news conference today, the police had a table covered with an array of seized drugs weapons and money.

It was all seized during a one-month project which the province's Uniformed Gang Enforcement Team joined with Okanagan and Kamloops RCMP to go after local gang members.

But it wasn't the quantity of drugs, weapons and money seized that most concerns investigators, it's the youth of the individuals they end up targeting.

"That's why we're speaking today to the community to let everyone know that this is not solely a policing problem." 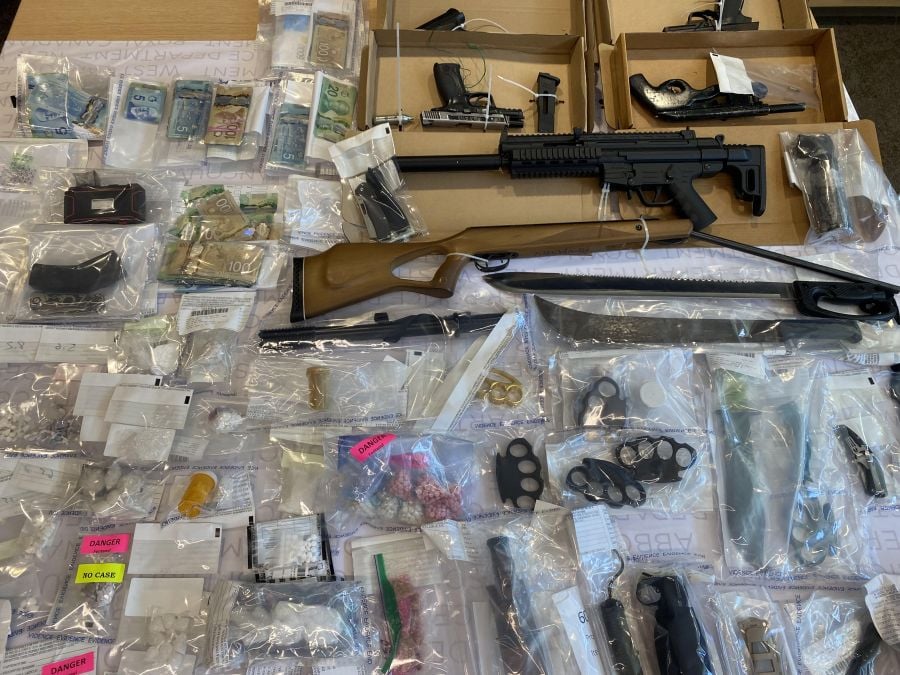 Laurin said interviews with individuals trying to escape their gang connections suggest most are drawn in because of a sense of belonging.

"This is a problem where the entire community needs to come together," she said.

"We need to make sure that our youth are made to find their sense of belonging in other ways." 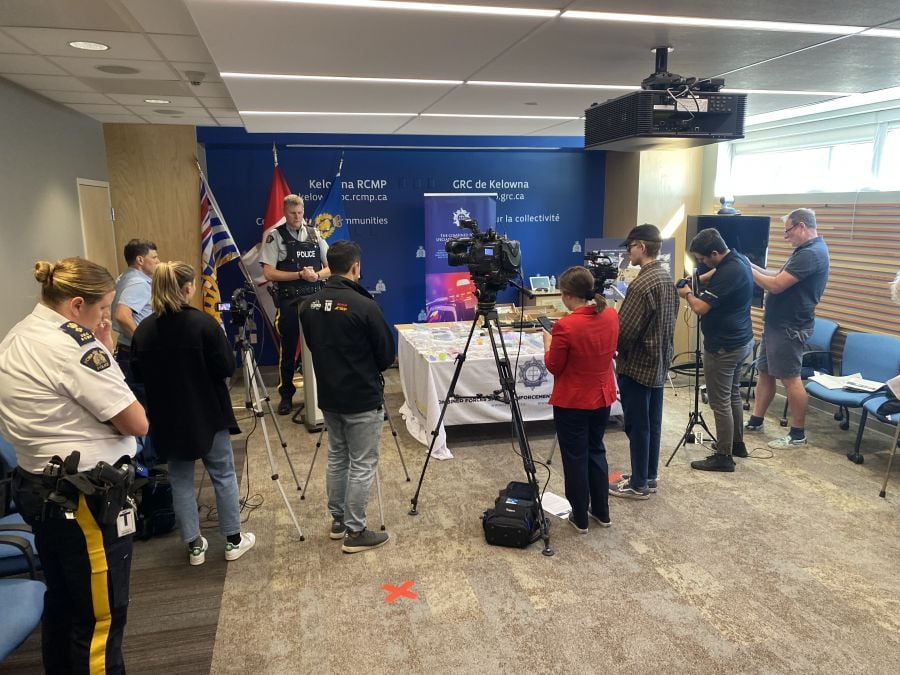 The month-long initiative netted almost two kilos of illicit drugs (including cocaine, methamphetamine and fentanyl) worth an estimated $670,000.

Also seized were three firearms plus several replica guns such as Airsoft, which can be converted to fire live ammunition. 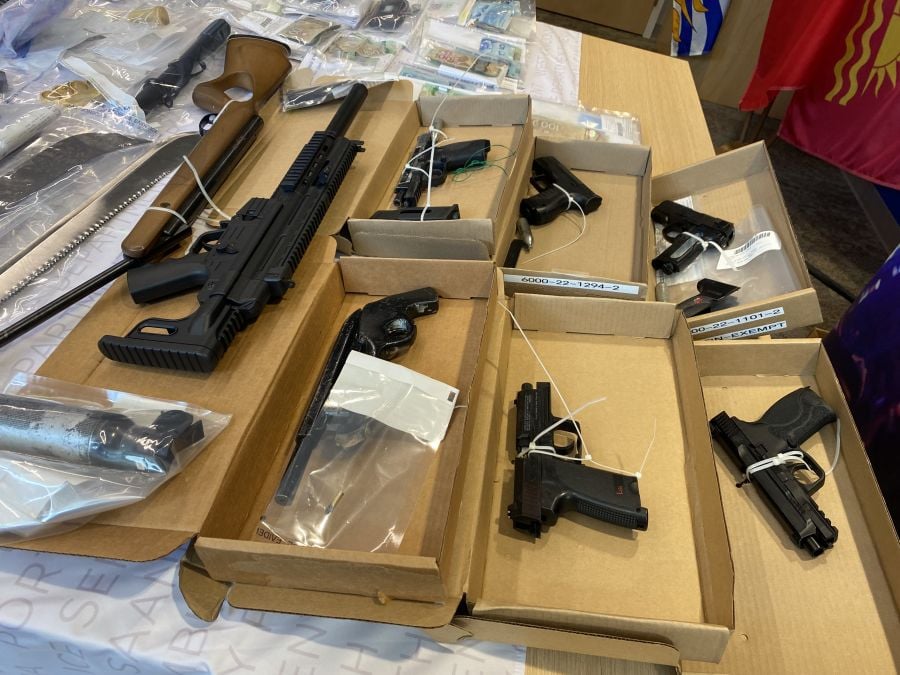 "This is an area of concern as Airsoft-style firearms are typically much easier to obtain," said the superintendent.

The project also gathered up 47 other weapons such as knives, machetes and brass knuckles, alongside over $12,000 in cash.

"We are pleased to be one of the host agencies for the Uniformed Gang Enforcement Team," said Insp. Beth McAndie at the Kelowna RCMP Detachment. 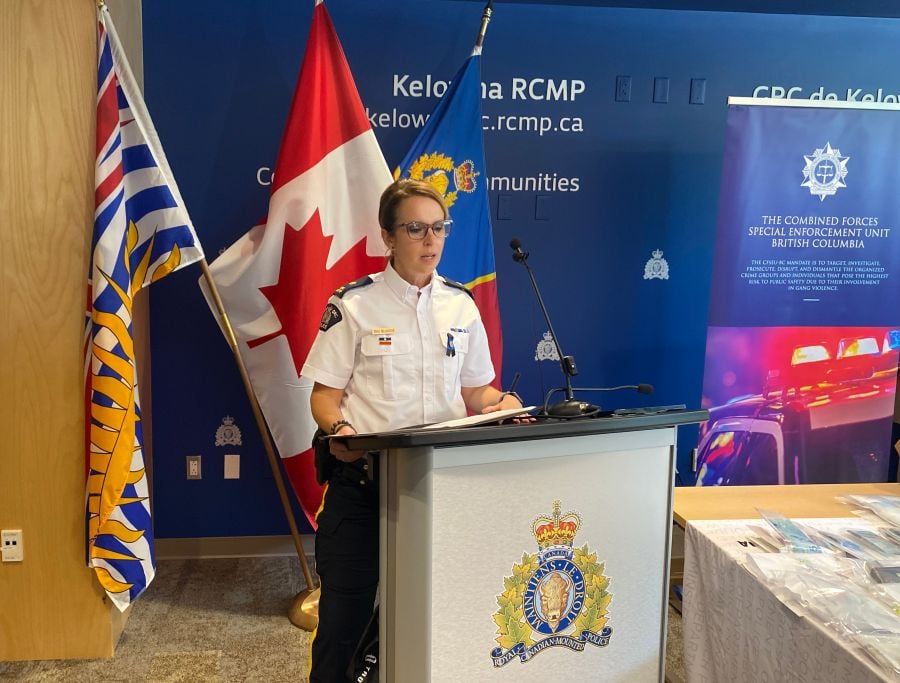 "The deployment of these teams during our busy summer months enhanced our policing strategies and increased community safety," said McAndie.

During the news conference, the police mentioned gangs including The Brothers Keepers, the UN, Red Alert and outlaw motorcycle groups including the Hells Angels and various subgroups.

The police couldn't say how many people were arrested during the effort, but 17 separate files have been forwarded to crown counsel.

It's expected to lead to numerous charges.