VIDEO: Sleeping outside in the bitter cold

With the weather as cold as it is in Kelowna, fewer people remained out of doors. But some did. Among them, James McGillivary. We found him hunkered-down under tarps drawn over a shopping cart, the only person who slept in the field the City of Kelowna set aside for temporary overnight campers off Recreation Avenue.

"I could probably get into the Mission," admits McGillivary. "They came and got me, but right now I'm just seeing what it's like." So instead of taking a bed at shelter space offered to him, he elected to sleep in a tiny makeshift tent over a windy and bitterly cold night. 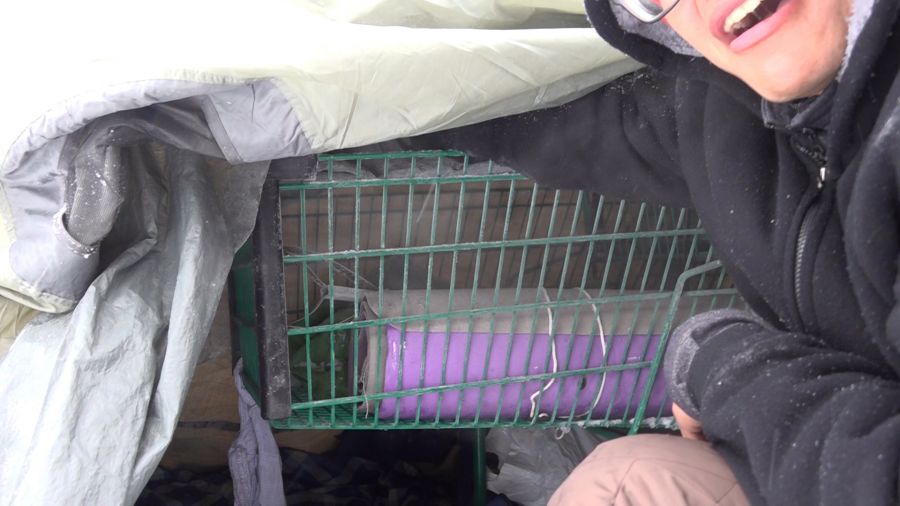 "I was warm", he insisted. "I've got a bunch of blankets and I've got my sleeping bag and I've got some plastic bags over top." McGillivary said we needn't worry about him. With the forecast calling for an even colder night ahead, he remains confident he'll be alright. "Oh yeah," he said, in his best effort to reassure us. "I've got this I never used," McGillivary said as he produced some kind of jacket/sleeping bag, that he never found the need to use.

After we spoke to him he headed off to enjoy something warm at a nearby soup kitchen.