VIDEO: TJ the Deejay back after 13-month cancer battle

She made a gradual return to work this week and will go back behind the mic Monday, for the first time since her diagnosis.

"I came back a couple of days ago and it was four hours of hugs and hellos and love and some tears," said TJ

"I can't even begin to articulate how incredible it is to have her back," said TJ's co-host and husband, Andy James. 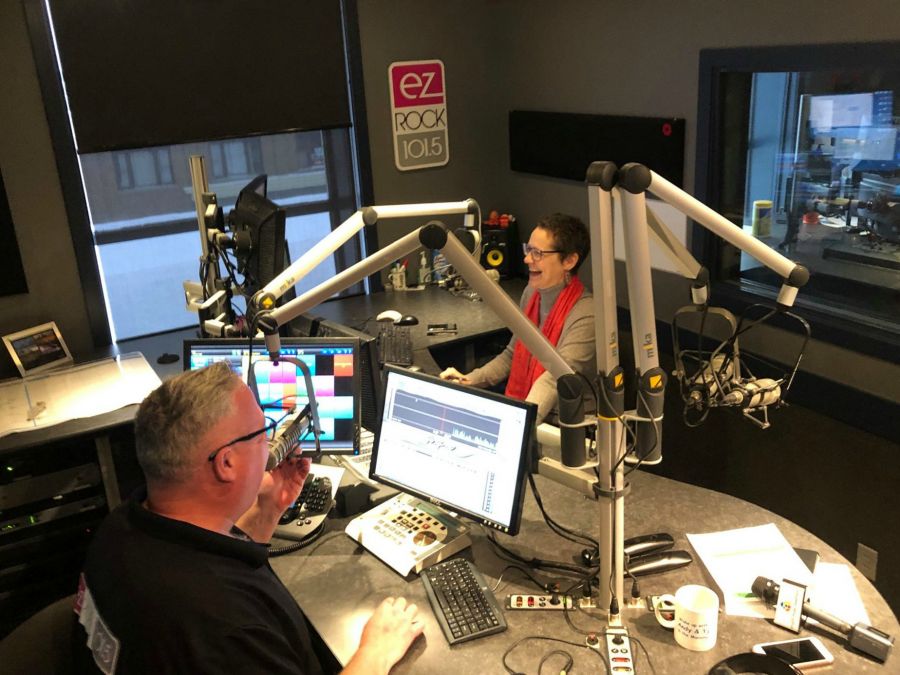 In an interview at EZ Rock headquarters on Bernard Avenue, she described how the biggest ordeal of her life began.

"I felt a little lump and I kind of ignored it for a while," lamented TJ with tears beginning to well-up. When she finally went to the doctor, things happened fast. "It was November 7, 2018, that I went in for an ultrasound," she recalled. "That very same hour they put me in the room next door for an immediate mammogram, then they put me back in the original room for a biopsy and I essentially knew I had cancer that day."

A week later it was confirmed: stage-3 breast cancer. 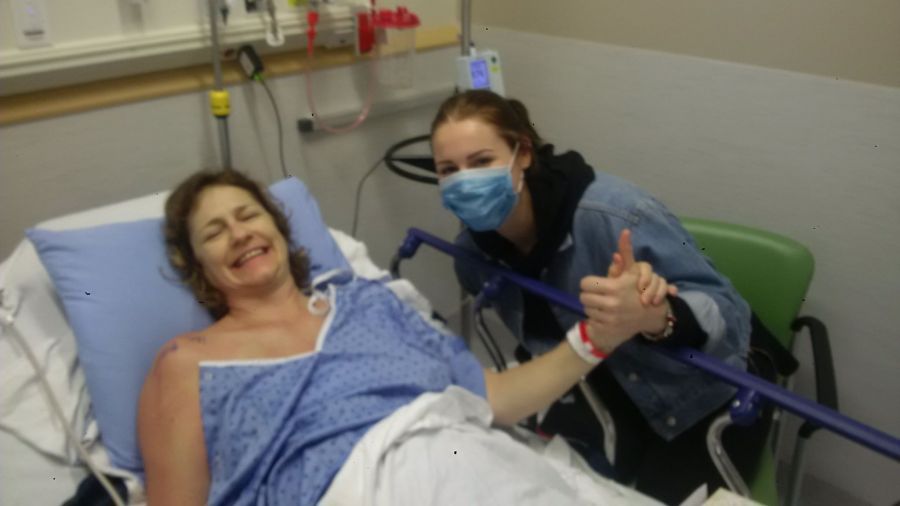 "That was the hardest day of my life," said Andy. "The uncertainty of not knowing what was going on and what lay ahead."

What lay ahead was six rounds of chemotherapy and some very dark and difficult days. "There were some horrid days with chemo," said Andy. "Just horrid." TJ credits the people around her for helping her make it through, especially Andy. "I couldn't have gotten through it without him, and my kids and my parents and all our listeners." 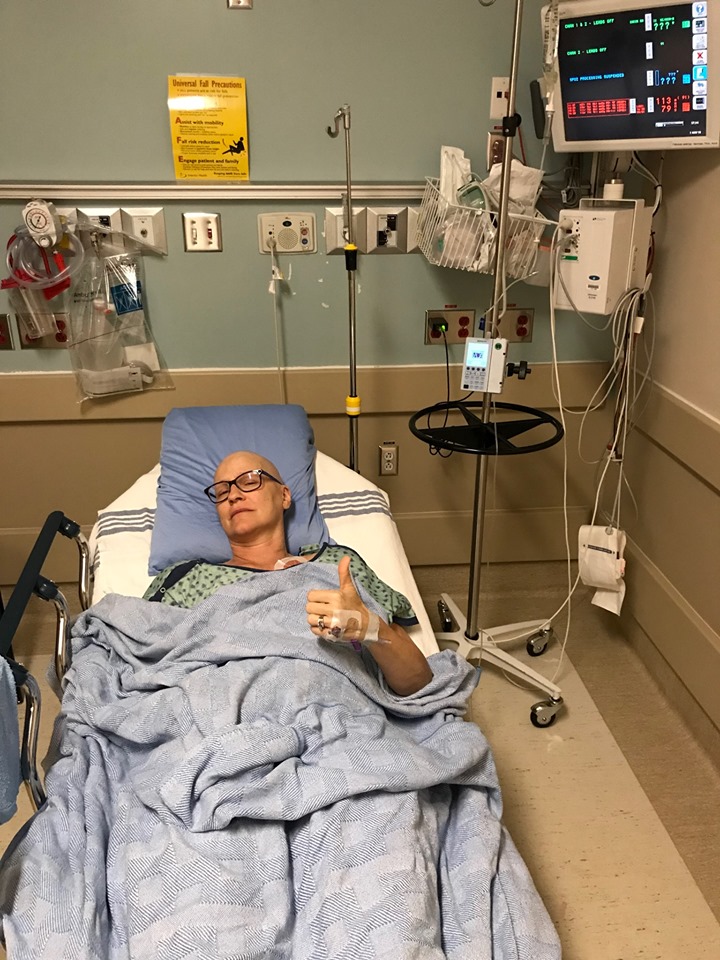 TJ has made an effort to urge women not to hesitate the way she did at first. "I know of two women specifically who reached out and told me that they actually went for mammograms after reading my blog about my journey, "said TJ. "And both of them had found cancerous tumours or lumps." 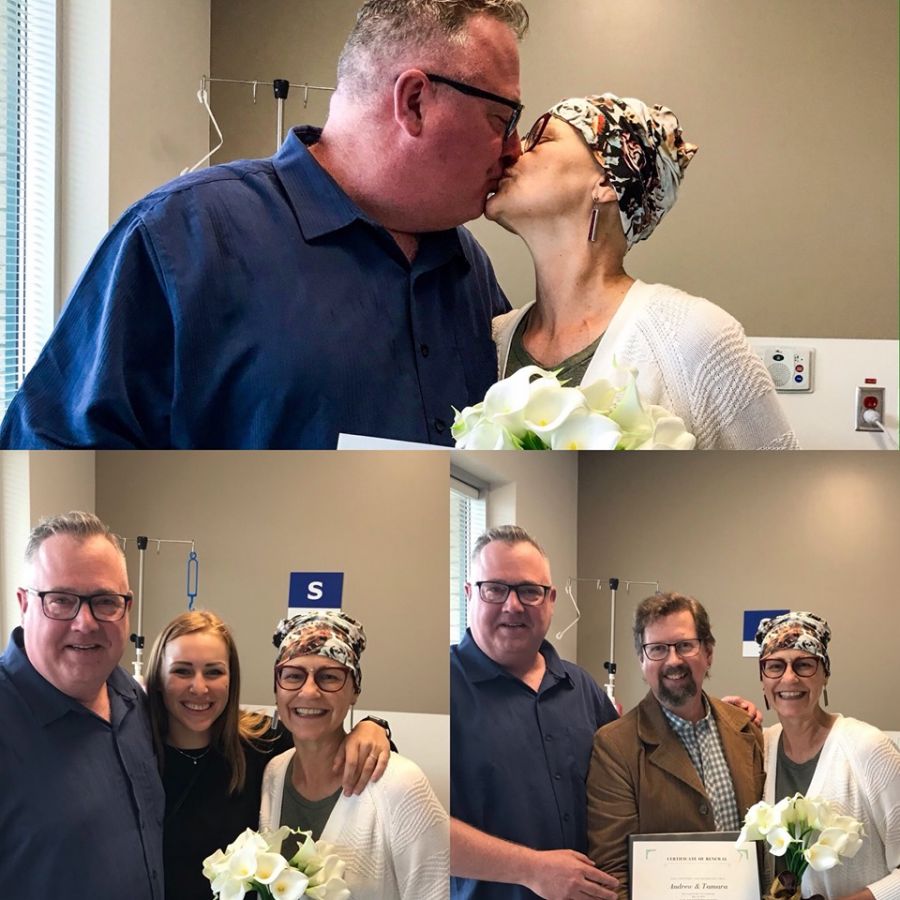 As for her own battle, TJ said the support she has seen, from people she didn't even know, made a real difference. "On my lowest of lowest days, I would get a text from somebody I've never met before, but they've been listening for years just to say 'Hey, how ya doing? Thinking about you' and that would be all I'd need to just to get over one of those lousy humps."

"To have her back and move forward is huge," said Andy. 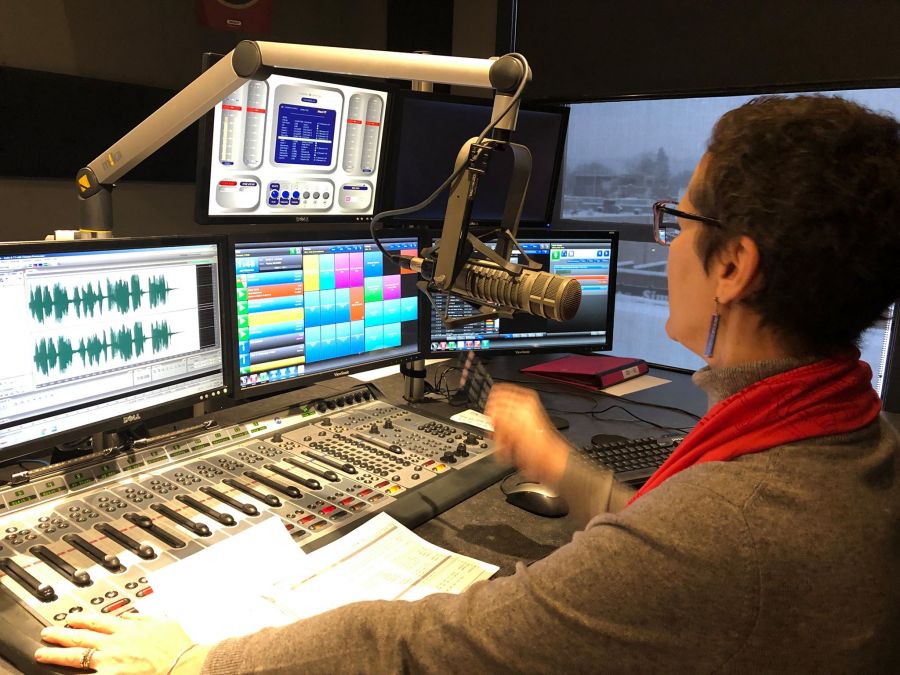 The pair will turn on the mic together Monday morning in what promises to be an emotional return to the airwaves.

Police searching for wanted men from Kamloops and the Okanagan

Couple charged after travelling to Yukon to get COVID-19 vaccine