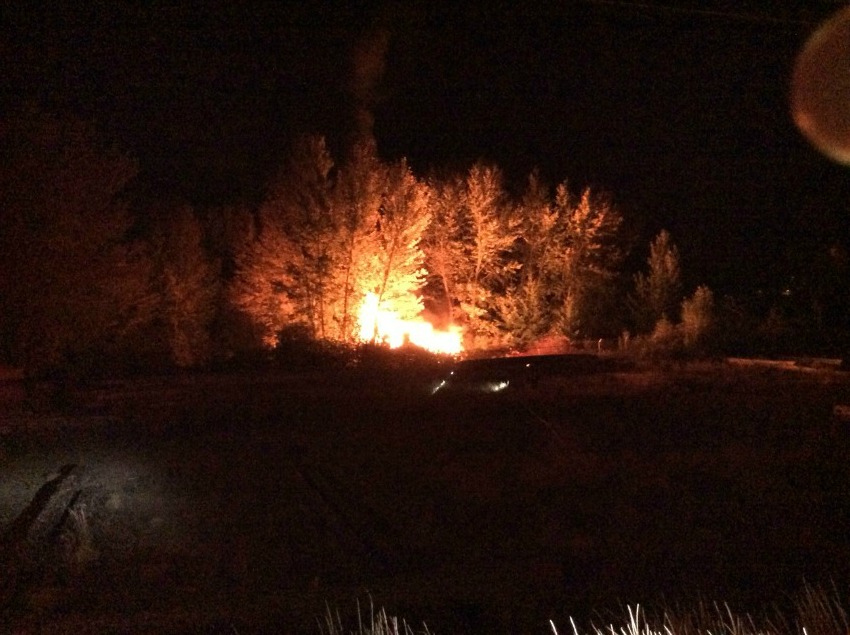 Crews were called at approximately 9:45 p.m. and arrived to find a recreational vehicle fully engulfed in flames, with the fire extending into the surrounding trees.

Venting propane tanks caused the fire to flare up dramatically on several occasions, making the fire visible from downtown Kelowna.

Quick action by fire crews prevented the fire from spreading into the main park area, but the RV was a total loss.

West Kelowna Fire Rescue responded with sixteen firefighters in three engines, one water tender, one command unit, and one utility vehicle. BC Ambulance and RCMP also attended the scene.

Westside Road was close for approximately 90 minutes while crews extinguished the fire, but has since been reopened.

There were no injuries reported.

VIDEO: Banksy and Warhol make their debut in Kelowna

Extensive damage to both vehicles involved in Glenmore Road crash