(UPDATE: April 20 @ 5:25 am): Residents can now return to their West Kelowna apartment building after firefighters and a hazardous materials team were called out to investigate a mystery odour.

The "Do Not Occupy" order regarding the evacuated building on Elliott Road has now been lifted, West Kelowna Fire Department (WKFD) said. 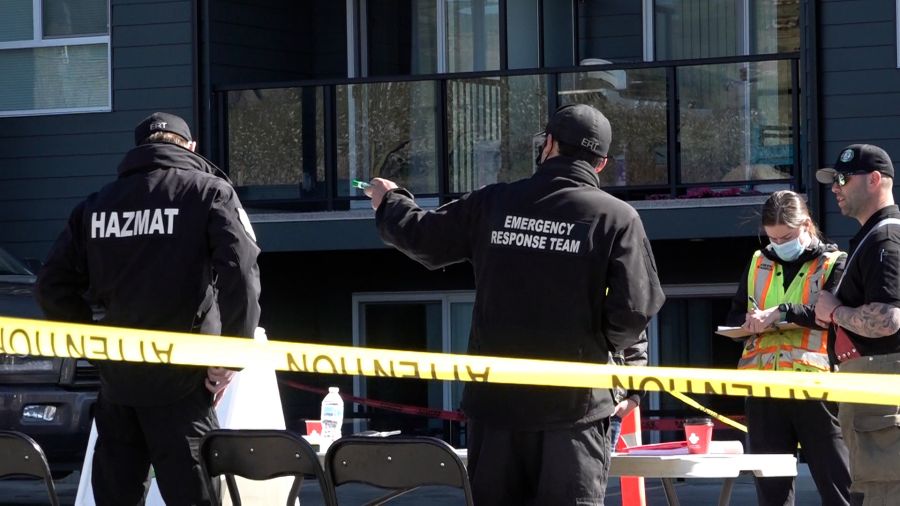 "The building owner has provided a satisfactory assurance from a qualified environmental professional as required under the City Bylaw," WKFD added.

"The report states that following their investigation and monitoring, the building is safe to occupy. This meets the requirements of the City of West Kelowna Bylaw and assures us and the public is safe to return."

No cause has yet been found for the odour that prompted the evacuation.

(UPDATE: April 18 @ 4 pm): West Kelowna Fire Rescue and the HazMat team continue to search for the source of the mysterious odour in a West Kelowna apartment.

According to WKFR, crews have been unable to find the source, though they have detected levels of concern through various areas in the building. The building has been deemed unsafe to occupy under the City of West Kelowna Safe Premises Bylaw and a "Do Not Occupy" order has been posted.

This building is made up of rental units. No one may occupy the building until it is made safe by the owner with the assistance of qualified professionals.

"Residents of the building are directed to register with ESS at the Royal LePage Arena on Cameron Rd in West Kelowna before 10 pm this evening. The reception centre will reopen tomorrow at 9 am."

"They will receive 72 hours of ESS support in the form of accommodations, food vouchers and incidental costs. The property owner will make arrangements for tenants after that time period."

Crews will remain on scene into the evening to assist evacuees by removing essential and critical items from the building. This includes medications, IDs, keys and more, which can be arranged via the ESS reception centre.

(UPDATE: April 18 @ 10:50 am): Fire crews and the HazMat team continue to search for the cause of a mysterious odour in a West Kelowna apartment building.

The building was swept and all suites have been visually inspected. To this point, nothing was found.

"While some indications were received, none were strong or persistent enough to identify the exact nature or cause."

"The continued patience of the public and residents of the building is appreciated while we work to pinpoint the issue and return them to their homes as soon as it is safe to do so."

The next update is scheduled for 3 pm.

(Original Story: April 18 @ 8 am): West Kelowna Fire Rescue was dealing with a tricky situation this morning when they received reports of a strange odour coming from an apartment building on Elliott Road.

According to Fire Chief Jason Brolund, crews were called to the large building just before 4 am. First arriving members evacuated 150 residents and pets while they set out to determine the cause of the odour.

The regional HazMat team from the Kelowna Fire Department was requested to assist. 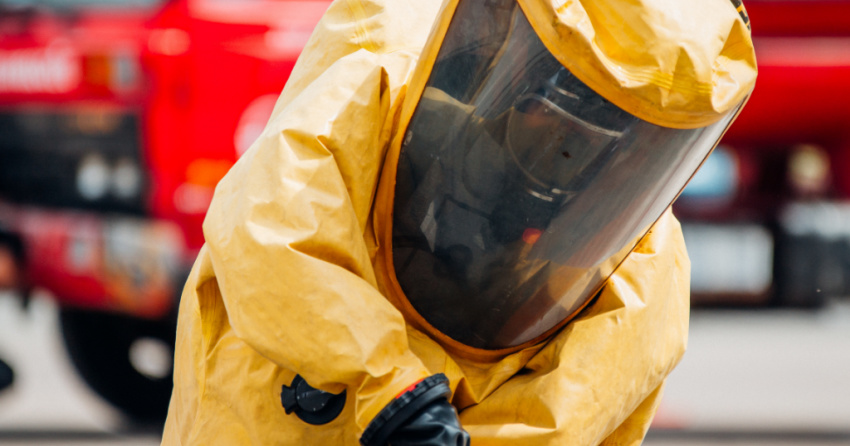 At this time, the issue has not been pinpointed and remains under investigation.

"The Regional Emergency Support Services Team has been activated and a reception/warming centre is being set up at Royal LePage Place arena for the residents," said Brolund. "Busses will transport them there in the next hour."

Residents with their own transportation are requested to register after 6:30 am at the reception centre at Royal LePage Arena. Updates on the situation will be provided shortly.