Another occasion to wear your ugly Christmas sweater

The tackier, the gaudier, the more tasteless and the more garish the better.

That's the mantra if you're going to get into the ugly-Christmas-sweater spirit this season.

Of course, you can independently wear an ugly Christmas sweater whenever and wherever you want this December.

But, it's better when vulgar showiness congregates at a party or event with an ugly-Christmas-sweater theme. 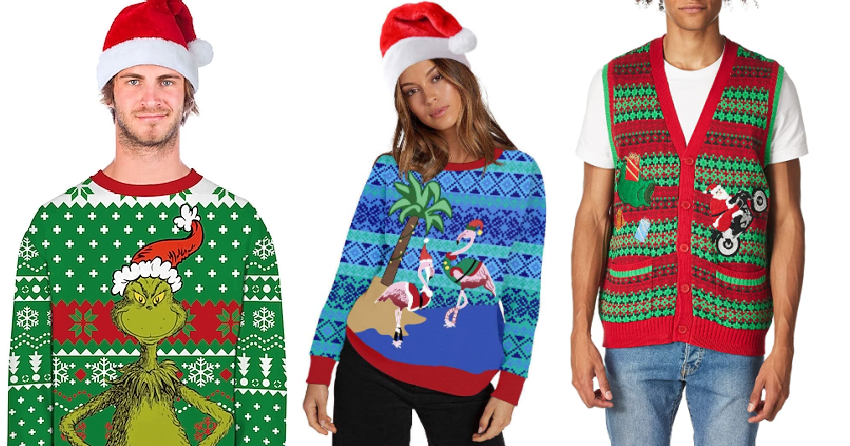 One such upcoming occasion is the Greater Westside Board of Trade's Mingle & Jingle lunch on Dec. 8 at Kelly O'Bryans restaurant in West Kelowna.

The three-course lunch is billed as a special event for business people to network and socialize, get into the holiday spirit and also celebrate the Greater Westside Board of Trade's 63rd anniversary.

That's right, the board of trade, in one form or another (it used to be a chamber), has been around since 1959.

Tickets to the Mingle & Jingle Lunch are $50 at GWBoardOFTrade.com/events.

The board of trade has another December event -- the networking and socializing Business After Hours reception Dec. 15, 5-7 pm, at the Cove Lakeside Resort.

Tickets are $10 for members, $20 for non-members, at the same website.

You wouldn't go amiss wearing an ugly Christmas sweater, vest or tie to the After Hours as well. 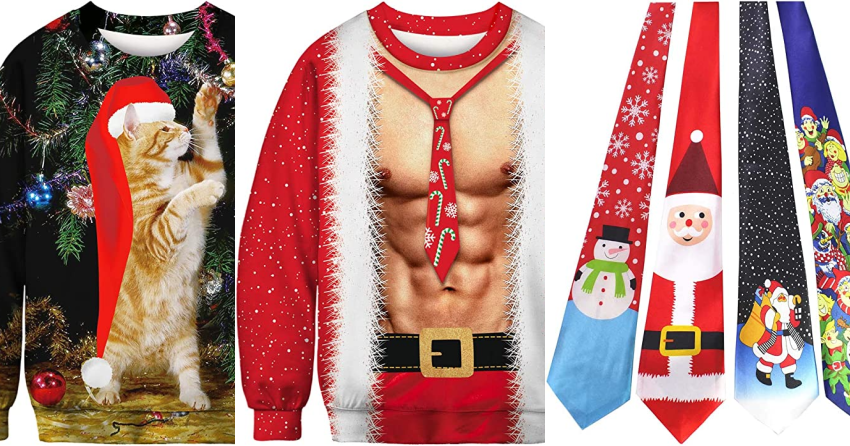 The ugly Christmas sweater has its origins in the bland and innocent 1950s when the mass commercialization of the holiday included sweaters with winter and festive motifs.

They were tame by today's standards, but set the stage for future ugliness.

Fast forward to 2002 and Chris Boyd and Jordan Birch organize the first ugly Christmas sweater party at Vancouver's Commodore Ballroom as a fundraiser for the Made A Wish Foundation.

The party (and Google searches for such) solidified the ugly Christamas sweater as a bone fide holiday tradition that continues to this day at the Commodore Ballroom and spurred the idea that any festive party can have such a tacky theme.

While ugly Christmas sweaters used to be culled from the fashion mishaps of grandpa's closet, today such sweater manufacturing is a whole industry.

Sweaters, earrings, socks, ties, vests, pajamas and cushions are deliberately made to be ugly with garish colours, designs and illustrations and equally ostentatious additions such as battery-powered flashing lights, toggles, tassels, tinsel, bows, ribbons, wrapped gifts and even candy canes.

Ugly Christmas Sweater Day is Dec. 21, but you certainly don't have to wait until then to don some questionable woolies.