UPDATE: Race to find Gilbert the injured fawn a forever home given an extra day

(UPDATE: July 19 @ 6:30 p.m.) - Rose Valley Veterinary Hospital has announced that today at 5 p.m. they had to euthanize Gilbert, a fawn that the community has been fighting for this week.

(UPDATE: July 18 @ 6 pm) - The race to find Gilbert the injured fawn a forever home has been given an extra day.

According to Dr. Oz of Rose Valley Veterinary Hospital, BC politician Ben Steward granted the extra 24-hours in hopes of finding suitable sanctuary for the fawn to live at post-surgery.

However, that surgery will not happen if no suitable destination is confirmed.

Due to provincial regulations, any potential wildlife facility cannot be more than 200 kilometres from where Gilbert was found, which does not leave many options.

"There is a power house team working round the clock to ensure Gilbert's survival, but it seems there are road blocks at every turn," said a Facebook post from the Warren Peace Bunny Sanctuary.

"The Wildlife Facility can not be more than 200 kilometres away from where Gilbert was found. That does not leave many options."

The post says there will be more phone calls and meetings to try and figure out a solution today, but conservation officers will likely euthanize the animal if it isn't resolved by the end of the day.

(Original story: July 16 @ 5pm) - A young fawn is fighting for its life at a veterinary hospital in West Kelowna, but "Gilbert" will need some extra help before he can receive life-saving surgery.

According to Dr. Oz of Rose Valley Veterinary Hospital, the fawn suffered a badly broken leg early Tuesday morning that will require either a prosthetic replacement or a complete amputation. 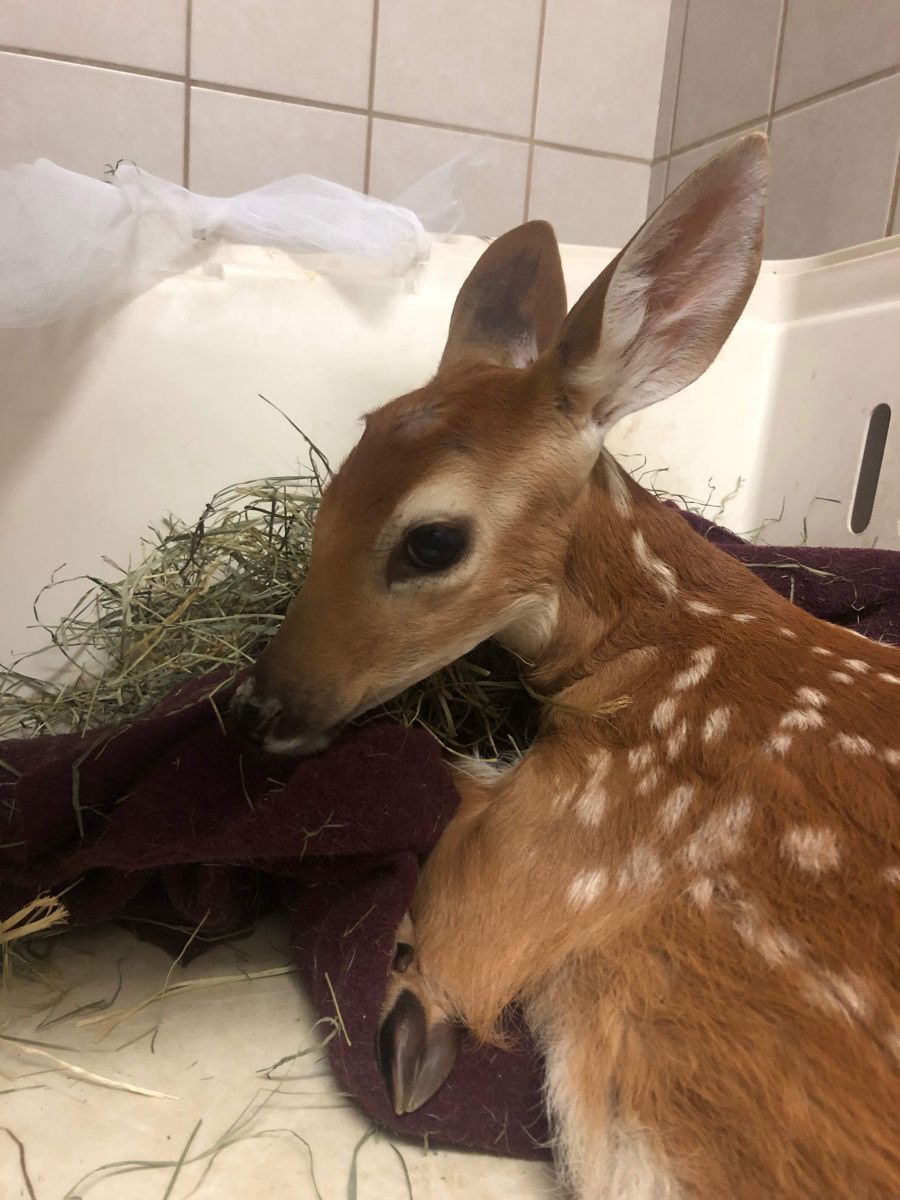 However, a licensed sanctuary that’s willing to take in young Gilbert will need to be found before the surgery can be attempted.

“We cannot repair it, but I’ve found a potential prosthetic, that if attempted would be only the third operation of its type in North America.”

But there are provincial regulations that could hamper finding a suitible sanctuary.

BC does not allow wild animals to be relocated to different regions as precaution to prevent the spread of diseases.

“Time is of the essence,” explained Dr. Oz.

“I cannot keep him in the hospital for a long time we have to try and do this as fast as we can.”

Anyone who thinks they can help in the search for the sanctuary to adopt Gilbert can contact Dr. Oz by clicking here.