The garage was filled with tires, electronics and motorcycles, producing "intense flames and heat."

Those flames later ignited a nearby car, burned the sides of two travel trailers, a shed and melted the siding on two neighbouring homes. 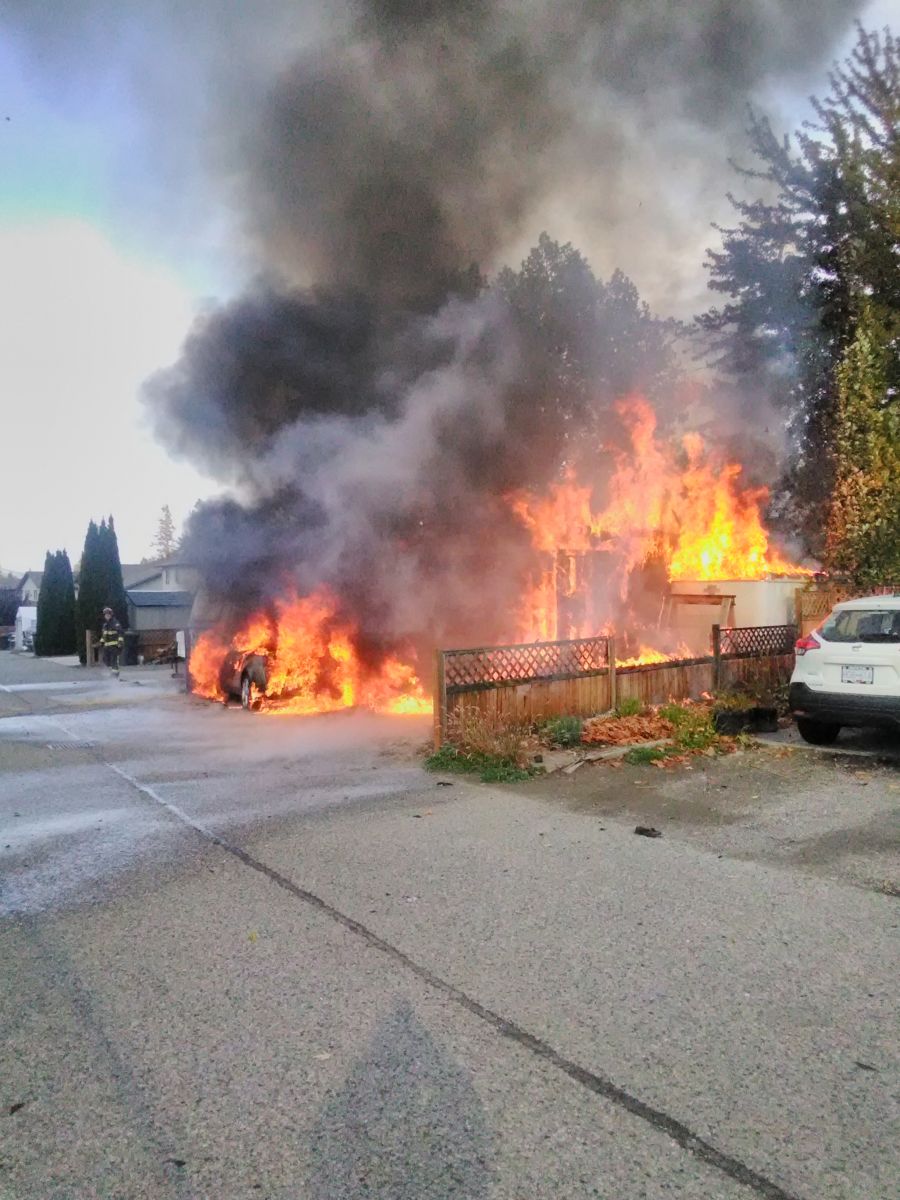 The home associated with the garage was also damaged, with yard furniture, ornamental trees and the house's siding affected.

"Additional help was provided by Engine 31 (which had been on a reported wildfire in Upper Glenrosa at the time), and Engine 33. West Kelowna Car 34 and Safety 34 also attended." 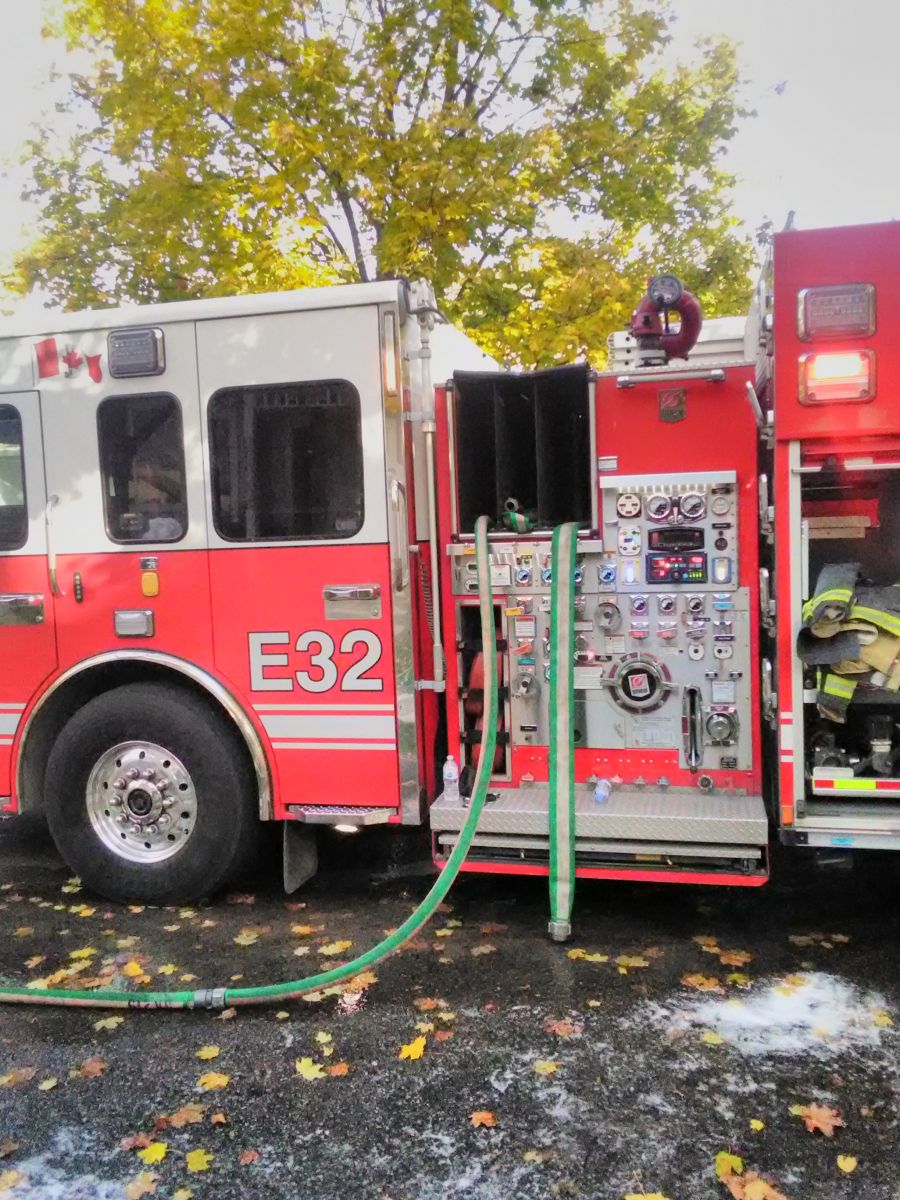 He added: "The property owner has insurance, and suffered a minor burn attempting to extinguish the fire."

Firefighters were called about the fire, which was on Horizon Drive, at about 3 pm.

The fire's cause remains under investigation, but firefighters said it was "likely electrical."

It is not considered suspicious.

Thick, black smoke was highly visible from Kelowna and the areas near Horizon Drive in West Kelowna.

One picture posted to a West Kelowna Facebook group shows the fire is located near the Friends Pub and Liquor Store. 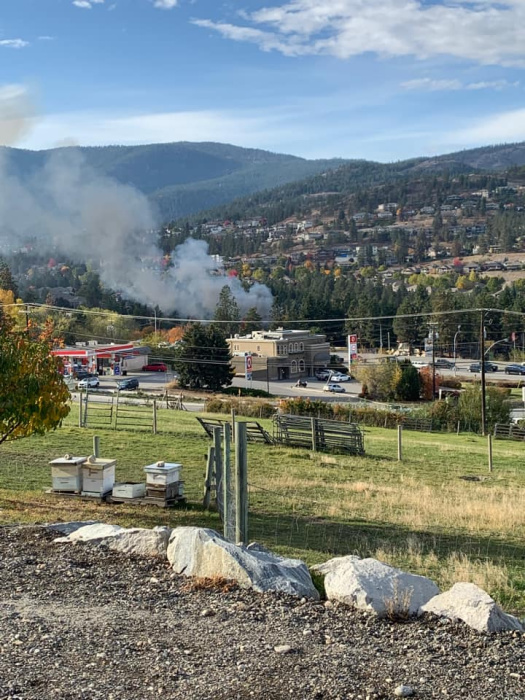 NowMedia reached out to the West Kelowna Fire Department, however, they were unable to provide a comment at this time.

Reports online say there is a very unpleasant smell in the air caused by the fire while others said it appeared to be a garage or shed that went up in flames. 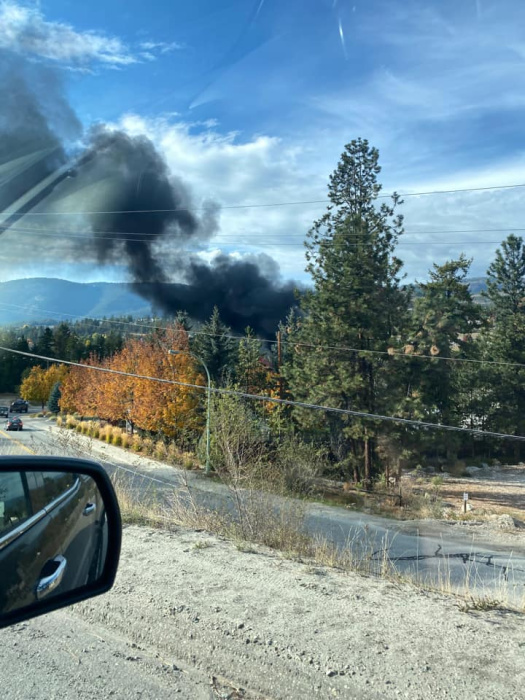 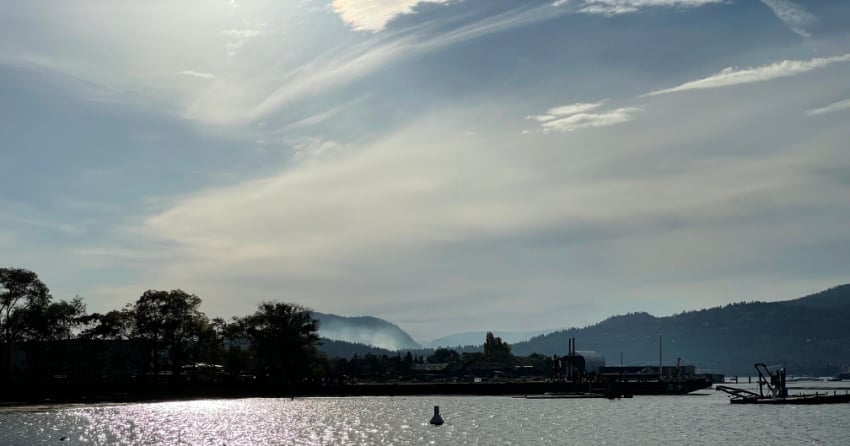