UPDATE: Law Creek wildfire is now classified as under control

Crews will work today to extinguish the last of any hot spots and do fire patrol ensure there are no longer any hot spots remaining. The size of the fire remains at an estimated 15.5 hectares.

The fire will be removed from the "wildfires of note" list tomorrow.

This wildfire has many of its hot spots extinguished and continues to be blacklined. BC Wildfire Service says that blacklining refers to fuels that have burned, either naturally or through planned ignitions. Planned ignitions are a wildfire suppression technique based on the concept of blackline as a barrier to fire spread.

There are 30 personnel assigned to the fire today (10 BCWS and 20 contract).

There are 25 personnel on site today, with one piece of heavy equipment and, if needed, there's air support.

"For objectives today, crews will continue to build black line south down the existing hose lay and crews will seek out and extinguish any hot spots," explained Marla Catherall, fire information officer. "Patrol is happening on this fire right now."

No more evacuation orders or alerts remain in place for this fire.

(UPDATE: July 24 @ 9:05 p.m.) - The Law Creek wildfire has had no further developments since yesterday evening.

NowMedia will continue to observe the wildfire until it is fully contained or has been extinguished.

However, BC Wildfire Service expects no further growth from the wildfire as weather and suppression tactics are anticipated to contain the fire. 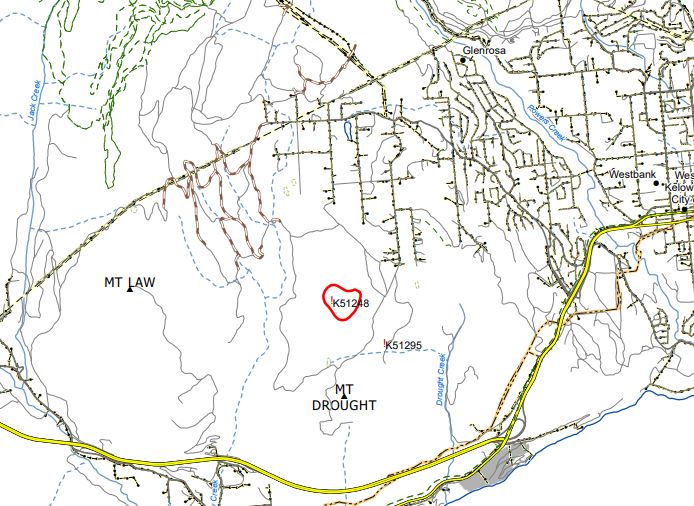 15 firefighters and heavy equipment are on site with air support available to ensure the fire does not expand.

All Evacuation Alerts previously implemented for the Law Creek Wildfire have since been rescinded.

11 firefighters are on the scene currently, along with required air support.

According to BC Wildfire Service, today's objectives include assigning crews to continue working to contain the flanks of the fire, and construct control lines where possible.

Crews are also working 25 feet into the fire from the perimeter.

While the fire has grown, a number of properties in the area have been removed from the evacuation alert in Upper Glenrosa.

A detailed map showing all the properties on the evacuation alert can be found online.

According to BC Wildfire Service, today’s objective will be to assign crews to continue working on containing the flanks of the fire and constructing control lines where possible.

As of now, 18 firefighters will be on scene with water tender and air support if necessary.

(UPDATE: July 20 @ 3:50 p.m.) - The evacuation alert for the Law Creek wildfire has been rescinded for 69 of 198 properties. 129 properties remain on evacuation alert, meaning residents at those properties need to be ready to leave at a moment’s notice.

Over the last couple of days wind has been increasing in the late afternoons, making air support difficult and hazardous. The BC Wildfire Service says this is a challenging fire burning in terrain that is difficult to access. 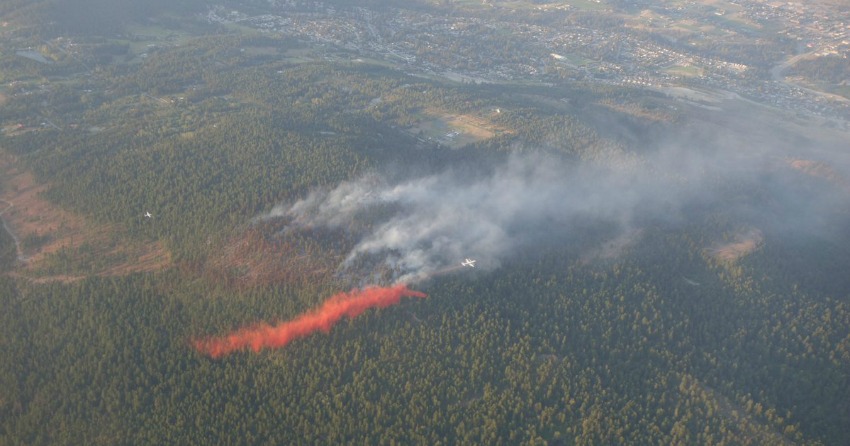 Today's objectives include assigning crews to continue working to contain the flanks of the fire and construct control lines where possible. Crews are also working 25 feet into the fire from the perimeter.

The fire remains at eight hectares and no containment. The BC Wildfire Service is responding today 18 firefighters and heavy equipment. Tankers are on standby and will be deployed if necessary.

Law Creek wildfire has an Evacuation Alert issued for 198 properties in the upper Glenrosa area of the City of West Kelowna.

Over the last couple of days wind has been increasing in the late afternoons, making air support difficult and hazardous. This is a challenging fire burning in terrain that is difficult to access.

Today's objectives include assigning crews to continue working to contain the flanks of the fire and construct control lines where possible. Crews are also working 25 feet into the fire from the perimeter.

There are 18 firefighters on site. Heavy equipment is also on scene and tankers are on standby and will be deployed if necessary.

Click here for updates on evacuation alerts for this fire.

(UPDATE: July 19 @ 9:35 a.m.) - Of the five small wildfires that started in West Kelowna over the last 48 hours, only one remains of any concern to emergency crews.

The Law Creek fire is just 0.1 hectares, but it's still considered 0% contained according to the BC Wildfire Service.

The other four spot fires have been grouped together and labelled the Carrot Mountain fires, are either 'out' or 'under control.'

Three of those fires were just 0.1 hectares in size, while the fourth reached a size of 0.6 hectares.

There are three fires in closed proximity to each other near Carrot Mountain. All three are spot fires. One of them is 100% guarded, and three personnel have been assigned to each fire.

The West Kelowna Fire Rescue is assisting with the Law Creek wildfire near Glenrosa. It is estimated at 0.1 hectares. The fire department is also responding to a small spot fire near Mount Drought.

NowMedia will update this story as information becomes available.

BC Wildfire is responding to a fire outside West Kelowna.

Jason Brolund, Fire Chief at West Kelowna Fire Rescue (WKFR) confirmed to NowMedia that they are also responding to a grassfire outside the city, further to the south.

Brolund says that fire is outside the fire protection area, but WKFR crews are responding at the request of BC Wildfire Service, and are there working on suppression.

NowMedia has reached out to BC Wildfire Service for more details, and this story will be updated as information becomes available.

Jasmin Doobay, from Power 104, reports through the radio station’s Facebook page that at least four fire trucks headed up past McGinnis Road shortly before 11 a.m.

“I can see the plane circling the top of the hill,” she wrote. “I can see smoke but no flame from my vantage point.”

In the comments of Power 104's Facebook post, locals who live on Emerald Road were fighting the fire for up to an hour until emergency crews could arrive. 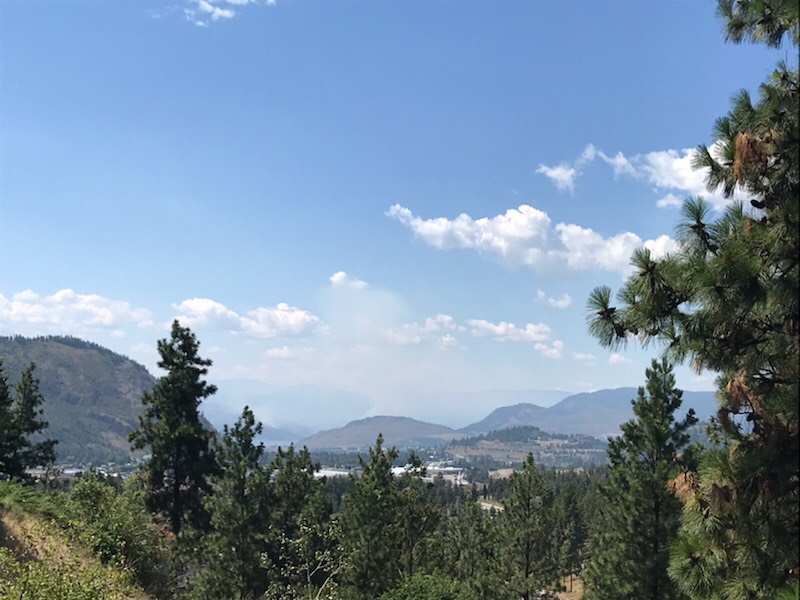 Calls to West Kelowna Fire Rescue have gone unanswered at this time.

NowMedia is working to get more information on this developing story and will provide it once it’s available. 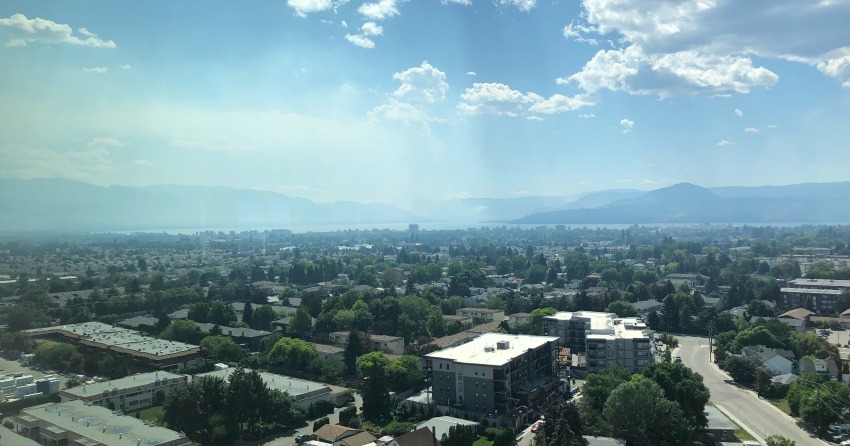