RCMP are on the lookout for a wanted man who, after nearly running over a police officer, bolted out of the West Kelowna Walmart parking lot and slammed two police vehicles in the process. 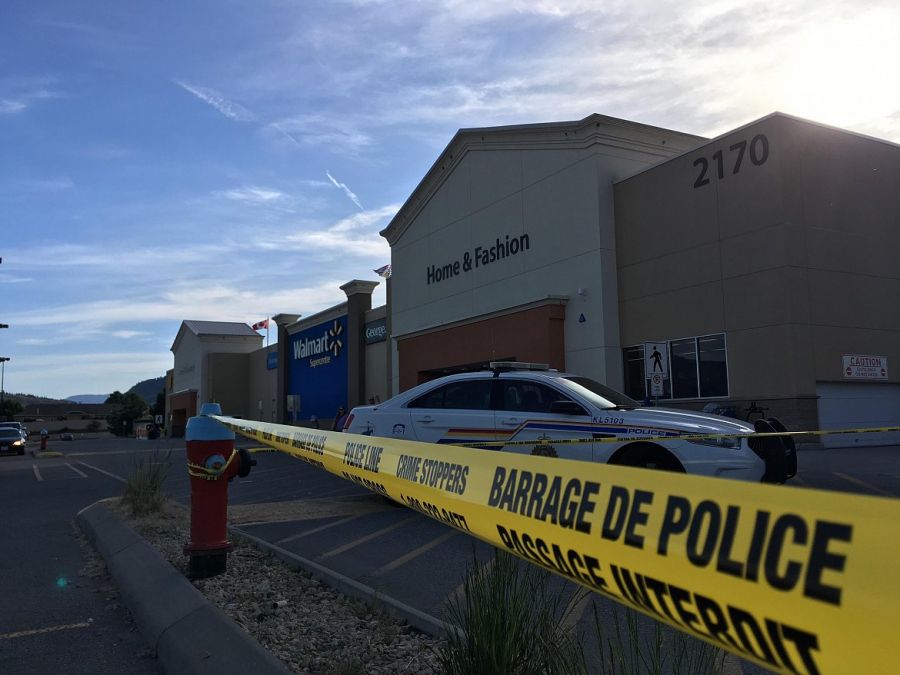 On Saturday, police attempted a "high risk traffic stop" at the location off of Louie Drive after being notified of man in the area listed as a Central Okanagan Crime Stoppers most wanted person.

Officers prepared for the man to flee, as he was known to do, and positioned marked and unmarked police vehicles in locations intended to box him in.

Police believe the suspect to be 32-year-old Dayton Lloyd McAlpine from West Kelowna, who had a BC wide warrant for his arrest issued on Wednesday. 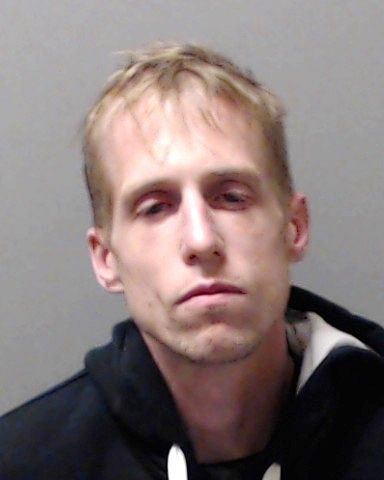 One officer on foot was nearly ran over by the suspect driving the pickup truck as he sped from the scene, prompting an officer to fire at the moving vehicle.

“Fearing that their partner could suffer serious injury or even death, a second officer discharged his firearm, the round is believed to have struck the driver side area of the Ford pickup truck,” says Cpl. Jesse O’Donaghey. 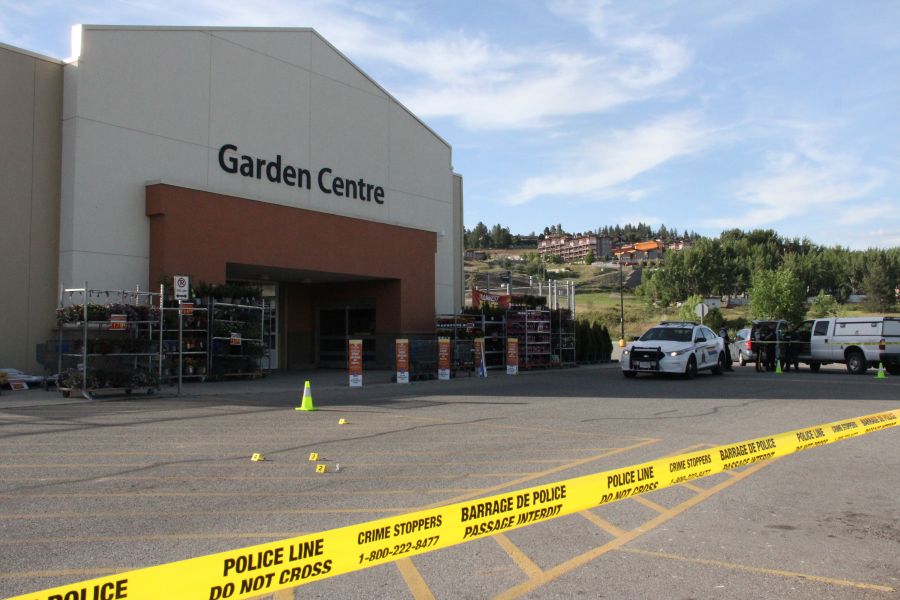 Police say that he then fled the scene and was last seen on Westside Road, where many citizens reported a heavy police presence. The roadway was closed as police looked for the suspect, but they were unsuccessful in their search.

Police continue to search for McAlpine and the Ford truck, but advise the public not to approach him or his vehicle, if spotted.