During the first wave of the COVID-19 pandemic last spring, the West Kelowna Warriors didn’t just sit and do nothing after their season was cancelled.

The BCHL club launched a Community Night to support a number of local restaurants who were suffering due to the health restrictions in place at the time.

One year later and a lot of restaurants are still suffering due to health restrictions, so the Warriors have announced that their second annual Community Night will happen on Thursday, May 20.

NEWS: The Warriors & @Valley_First are excited to announce the 2nd annual West Kelowna Community Night. On Thursday May 20th, for every $30 food order made, the Warriors and @Valley_First will donate $10 to @COFoodBank WK.

“We are thrilled to be delivering another Community Night,” said Chris Laurie, team president.

“It was a massive success last year and helped so many West Kelowna residents during a challenging time.”

From 4 pm until close on Thursday, any order of $30 or more from a participating West Kelowna restaurant will result in a $10 donation to the Central Okanagan Food Bank.

Last year’s fundraiser raised $6,780 thanks to a whopping 678 orders placed at 11 participating restaurants that evening. 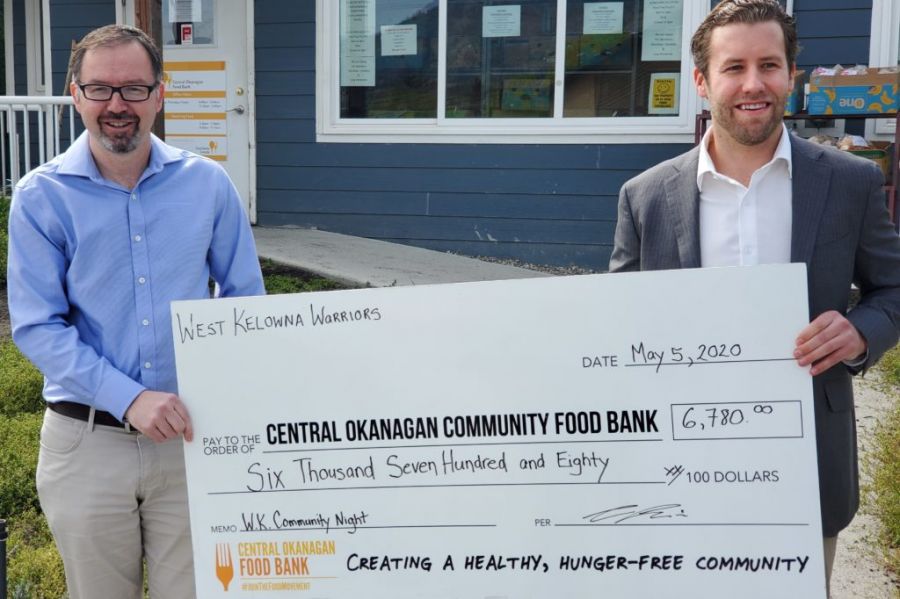 Here’s a list of West Kelowna establishments that are participating this year: