At this point, there has been no significant growth in the wildfire. Cold temperatures last night and this morning have helped crews with suppression efforts today.

A total of 51 firefighters, three helicopters, and 10 pieces of heavy equipment are on-site. Heavy equipment has also made good progress in setting up a guard around the perimetre of the fire.

An evacuation alert is still in effect for area residents.NowMedia will update the story when more information is available.

(UPDATE: Aug. 4 @ 6:05 am): An evacuation alert has been issued as the Dry Lake wildfire remains out of control.

The BC Wildfire Service explained the fire was about 22 hectares in their most recent update last night.

It is about 24 kilometres northwest of Princeton. 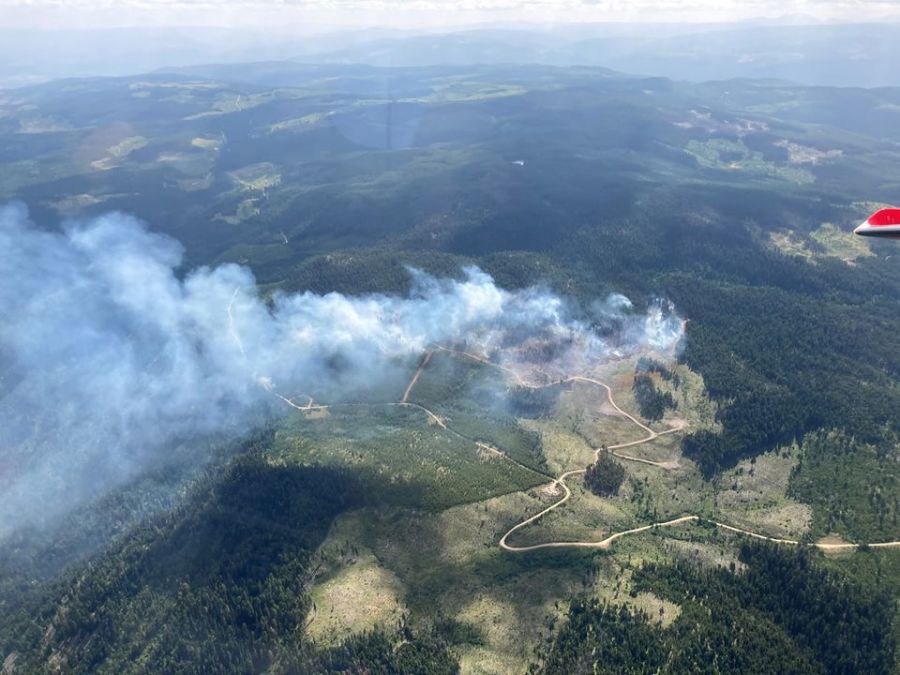 Air tankers, helicopters and dozens of personnel were battling the blaze, which was caused by a lightning strike, on Monday evening.

It is now classed as an interface fire. 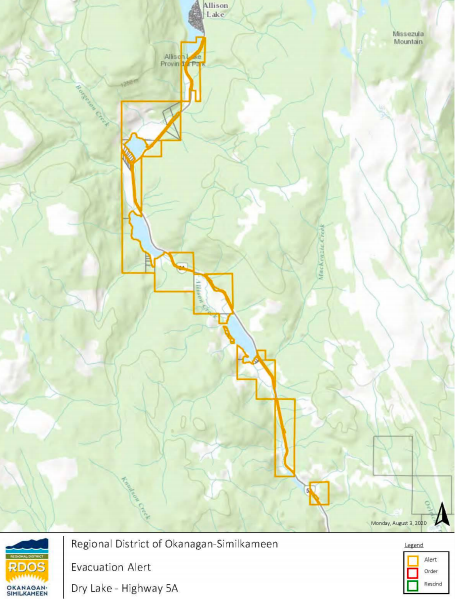 “An evacuation alert has been issued to prepare residents to evacuate their premises or property in the event an evacuation order is issued.”

(Original story: Aug. 3 @ 11 am): The BC Wildfire Service is currently responding to a decent-sized blaze in the Kamloops Fire Centre.

According to the BCWS, a 22-hectare fire ignited in the Dry Lake area, just north of Princeton. It is believed to be caused by lightning.

"That one started up late last evening as well," said Fire Information Officer Gagan Lidhran. "It's currently sitting at 22 hectares, it is out of control." 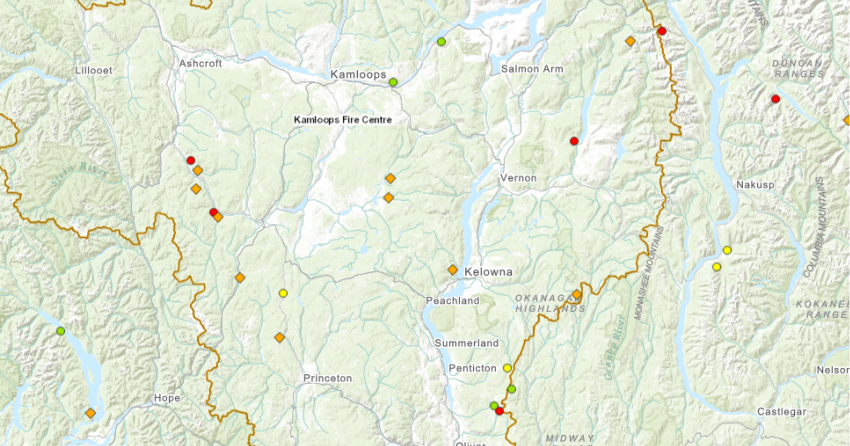 At this point, it is still classified as "out of control." A total of 29 wildfire personnel are expected to combat the blaze today.

"Last night, we had a 20 personnel unit crew stay overnight with heavy equipment. For today, we're going to have 29 crew on-site, 19 of which are already on the scene."

"We've already created part of a fireguard around the fire, however, there are some steeper grounds and terrain so we're going to have to go in and get moving in on that guard. That might take a little while to get a full perimetre around that fire due to the terrain in that area. We will have air resources as well, and more resources will be assigned as needed throughout the day."

No structures are currently threatened by the blaze. NowMedia will update the story when more information is available.