BC Wildfire Service reported today that while looking back at records, the Plateau fire, now estimated at 467,461 hectares, is the largest single fire in the history of B.C.

While this season itself broke the Province’s record for the worst season as far as hectares burned, now well over one million hectares, the Plateau fire appears to have broken yet another record for B.C. 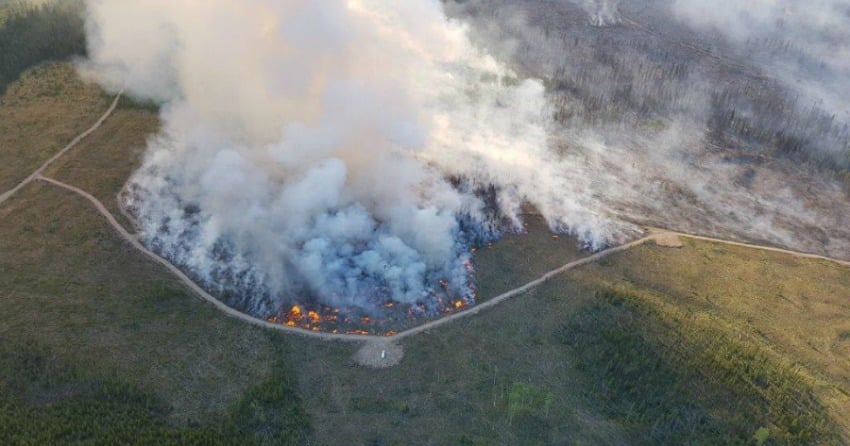 The Plateau fire is made up of 19 smaller fires that were burning separately up until yesterday, Sunday, August 20th.

There are currently more than 400 firefighters working on the fire along with 25 helicopters, 73 pieces of heavy equipment, and two Incident Management teams.

“It's a fire that’s going to be active for quite some time,” says Kevin Skrepnek of the BC Wildfire Service.

Heavy smoke at Kamloops airport and incredible amount of fires burning in the Cariboo west of Williams Lake and Quesnel pic.twitter.com/GGW3j454cB

Skrepnek says that the only other comparable fire they know of in their records that come close to the size of the Plateau fire was in 1958, the second worst fire season for B.C. The Kech fire burned a total of 225,000 hectares.

The Wisp fire in 1950, estimated at 1.4 million hectares is the largest fire that burned in B.C., however, the majority of it burned in Alberta. Only 90,000 hectares of land were burned in B.C. due to the fire.

There are currently 135 actively burning across the Province, with seven new fires that started on Sunday, August 20th.

So far the BC Wildfire Service has responded to 1064 fires, which have burned an estimated 1, 216, 074 hectares of land. Almost half of the total hectares burned have been from the Plateau fire alone.