BC Wildfire Service added: "Based on current and forecasted conditions and the resources on site we do not anticipate any further spread beyond the current fire perimeter."

It is no longer considered a Wildfire of Note.

Evacuation alerts for properties near the fire were rescinded yesterday.

(UPDATE: April 21 @ 12:44 pm): The Thompson-Nicola Regional District has rescinded two evacuation alerts that were issued on Sunday night due to the Petit Creek wildfire.

Canford and the Miller Estates Subdivision have both been given the all-clear.

The District said the wildfire no longer poses a threat to the communities, though it remains at 100 ha according to the BC Wildfire Service.

"Should conditions change, an Evacuation Alert and / or Evacuation Order could be reinstated as necessary," the District added.

(UPDATE: April 21 @ 5:55 am): The Petit Creek wildfire remains about 100 hectares in size, according to the BC Wildfire Service (BCWS).

It is now a Wildfire of Note.

On Tuesday, 42 firefighters were at the scene of the fire, along with two pieces of heavy equipment and two helicopters. 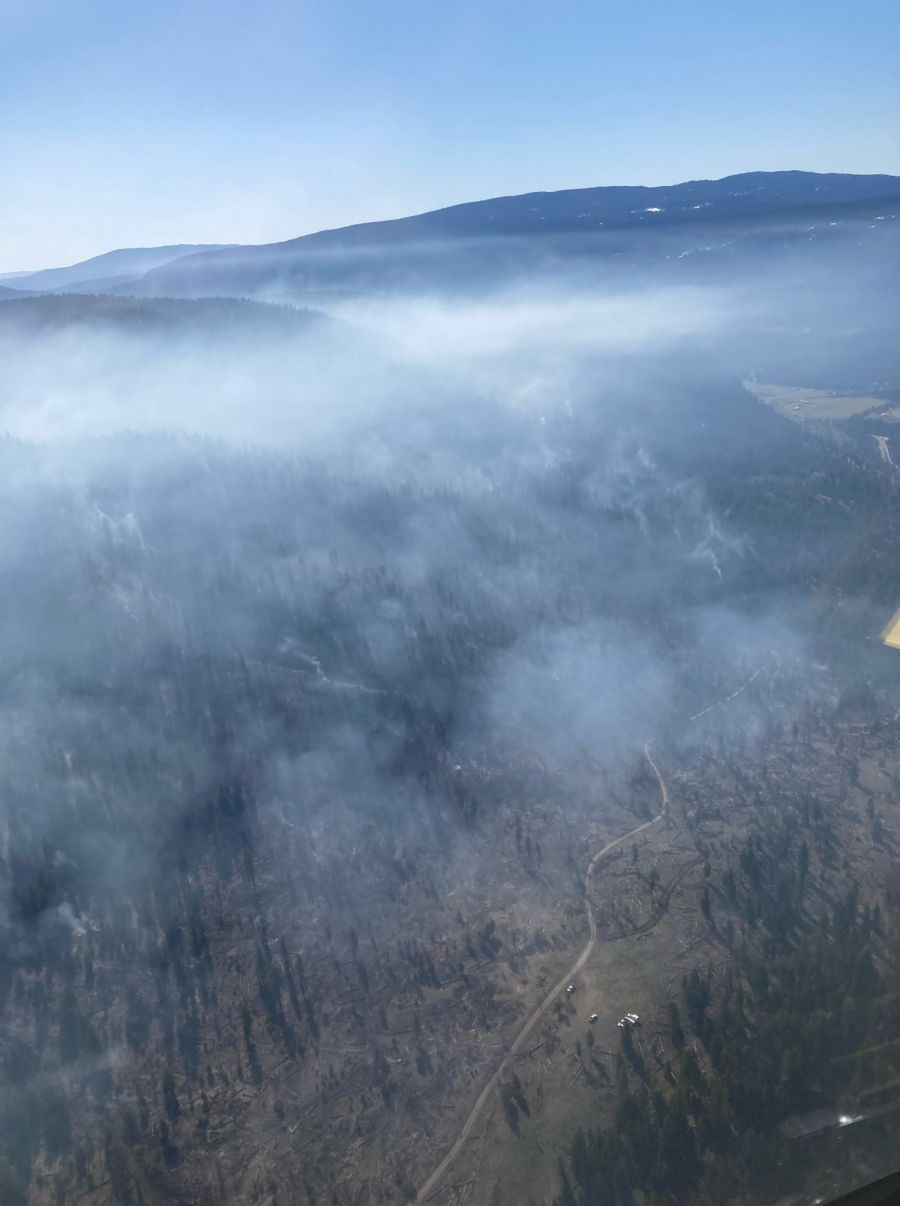 BCWS added: "Heavy equipment continues to construct guard around the fire perimeter while crews and the helicopters continue with suppression efforts and water delivery to the fire."

Evacuations alerts remains in place for Canford and the Miller Estates Subdivision.

BC Wildfire Service (BCWS) said yesterday it committed 37 personnel, two pieces of heavy equipment and two helicopters to the fire.

"Work continues on ground access for crews and to develop guard on sections of the fire perimeter," BCWS explained.

"Crews are currently performing small scale hand ignitions to remove unburnt fuel between the fire perimeter and control lines and constructing hand guard on the southwest perimeter of the fire."

Evacuation alerts remain in places for properties in Canford and the Miller Estates Subdivision.

(Original story: April 19 @ 6:10 am): The Thompson-Nicola Regional District has issued evacuation alerts to two communities near Merritt in response to a new wildfire.

BC Wildfire Service (BCWS) estimated last night that that Petit Creek fire – about 18 kilometres northwest of Merritt – is 100 hectares in size.

It has been worsened by winds, BCWS explained. 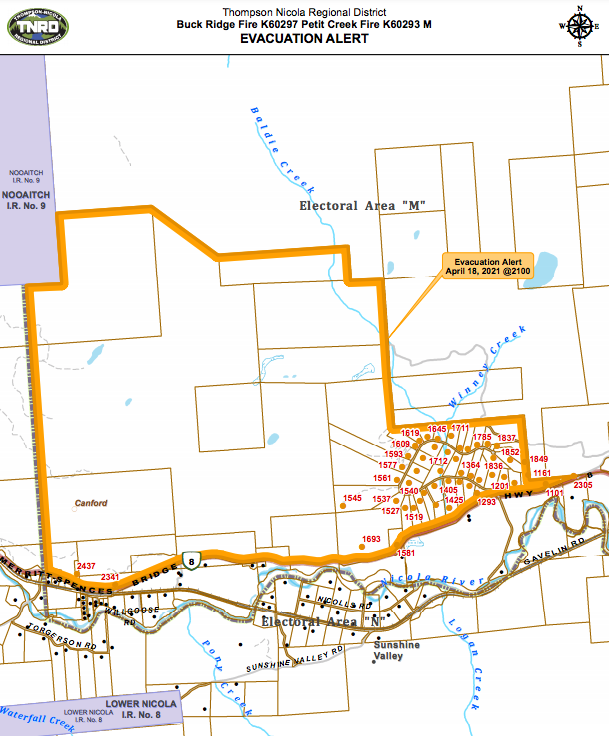 As a consequence, evacuation alerts have been issued for properties in the Canford Community and Miller Estates Subdivision (electoral areas “N” and “M” respectively).

BCWS said last night that it had deployed 23 crew members to the fire, along with two helicopters. 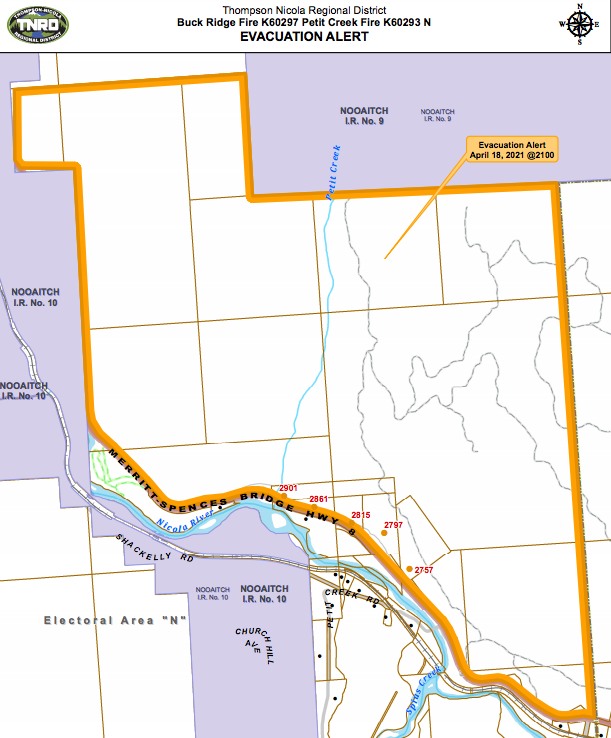 But it added: “Due to limited ground access one piece of heavy equipment was on site working to open up road access for ground crews.”

The wildfire is suspected to be human-caused.