While BCWS was working on the White Rock Lake wildfire today, one firefighter was met with an injury after falling off a steep slope.

The firefighter was working on a hill when something beneath him became dislodged, he then lost his balance and fell down the hill upwards of 100 feet.

He was then medevaced off the hill, and an ambulance met the firefighter on the ground.

“Having the patient go by ground is a good sign that it wasn't as serious as initially feared, and that we did not have to transport him via helicopter to a hospital,” said Todd Nessman, fire operations manager for BCWS.

Once the firefighter arrived at Kelowna General Hospital, the injuries were not as serious as initially thought. 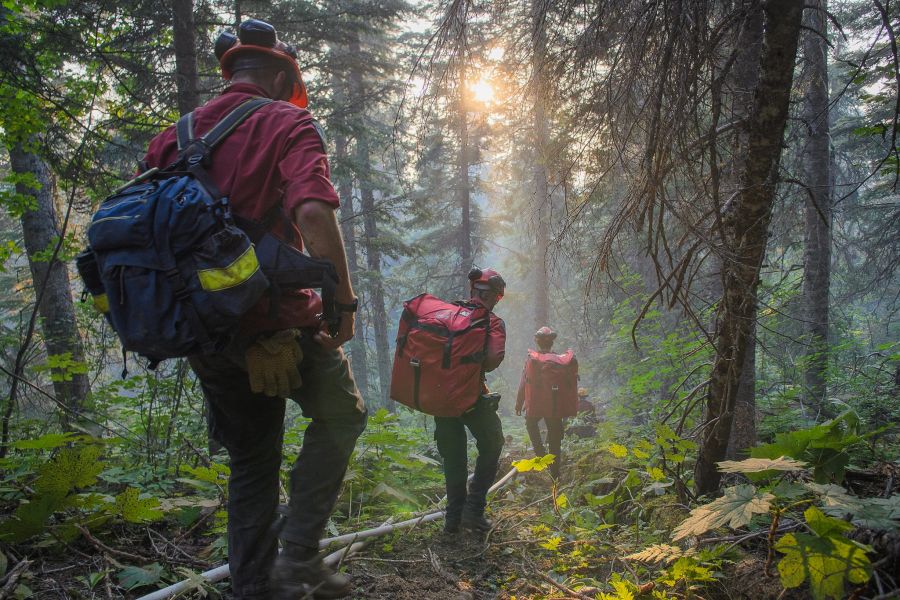 BCWS hasn't seen many serious injuries this season, as firefighters have remained diligent in their efforts.

“In terms of injuries overall, we have had a number of injuries. We haven’t had some of the more serious ones that some of our partner agencies have seen. For example, two days ago in Oregon a firefighter was killed from a falling tree hitting him. So the hazards are out there,” said Nessman.

“We have been very fortunate. We have had close calls but we haven’t had any of what I would categorize as significant life altering injuries with our staff. We have had quite a few of the smaller varieties, those are occurring any time you have 3,500 people out working, accidents and incidents will occur.”

“We’re fortunate that they haven't been of serious nature. Staff have been managing the season quite well,” explained Nessman.