(UPDATE: July 30 @ 8:55 p.m.) - The Glenfir wildfire was declared being held by BCWFS on Monday and they do not anticipate any further growth or cause any threat to nearby communities.

The fire remains at 100 hectares with 38 firefighters attacking the wildfire on Monday with air support as needed. The Naramata Fire Department will be taking the night shift at the Glenfir Road Wildfire.

Glen Burgess, Incident Commander for the BCWFS Okanagan Fire Complex, noted that although the Frederick Creek wildfire was active on Sunday it "didn't actually burn a lot of area, it threw up a lot smoke, was burning some previously unburnt fuels and we used the skimmer aircraft in conjunction with ground crews this morning to try and catch the one little, last piece of that one that was in a wick of fuel up the hillside."

Burgess added that they don't plan to have the fire completely contained and are focused on reducing smoke volume and protecting valued assets in the area.

Burgess is certain the guide outfitters cabin previously threatened by the fire is not in harm's way.

Despite the increase in size, BCWFS reports that there are no values at risk at this time. Crews will continue extinguishing hot spots while advancing into the black areas. 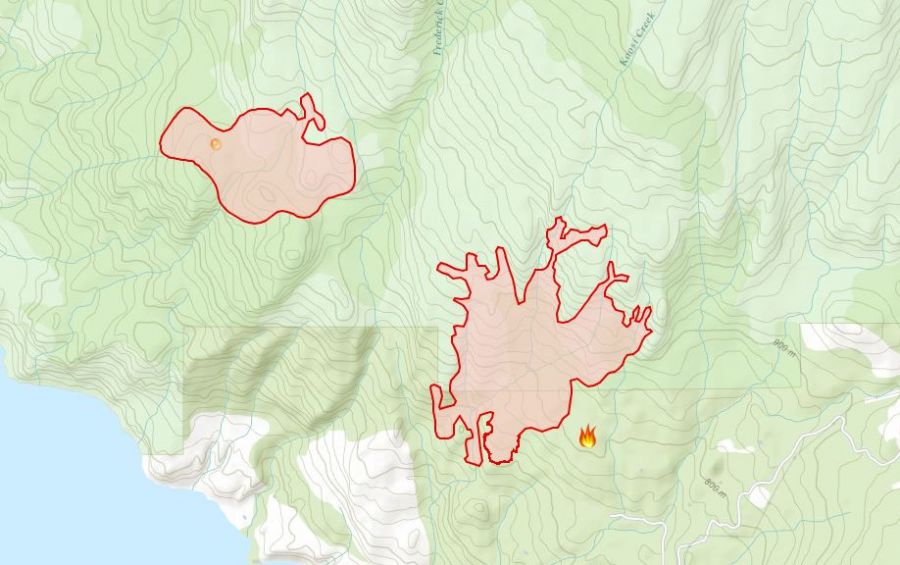 Firefighters will also conduct a final patrol at the bottom half of the fire with the intention of smothering any remaining heat in the area.

The Frederick Creek has not sustained any growth over Sunday and remains at 56.5 hectares.

Crews are reminding boaters to stay clear of helicopters and skimmers during their time on the lake as it is obstructing operations.

Formerly known as the Paradise Ranch fire, the Frederick Creek fire ignited on July 19 and has been dormant behind the scenes between the larger Goode's Creek Fire and just northwest of the Glenfir Road fire. 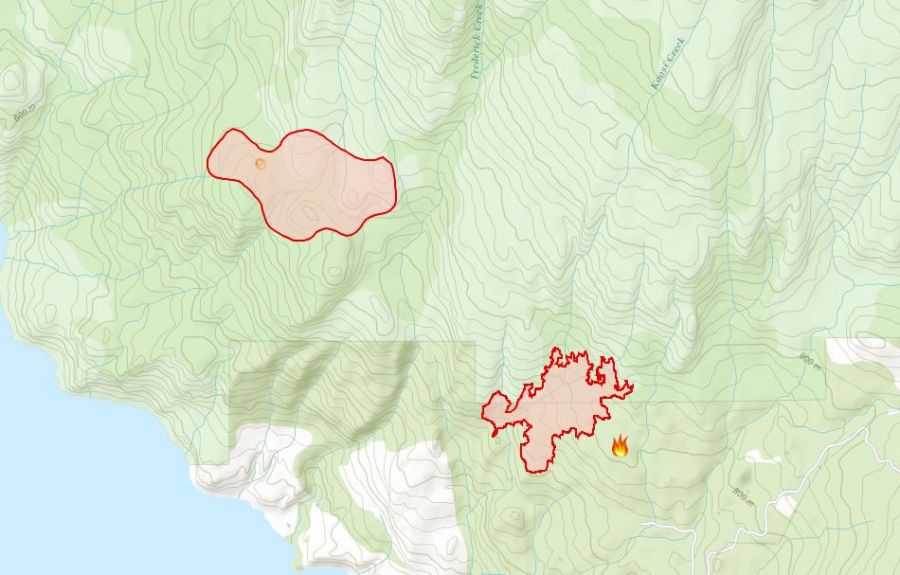 This week, BCWFS reported that the fire was burning unburnt fuel left from previous fires in the area.

Glen Burgess, Incident Commander of the BCWFS Okanagan Complex, addressed media on Saturday and said the approximately 56.5-hectare fire has been active in recent days.

Initial attack crews are working on values protection in the area - specifically, ensuring the safety of a guide outfitters cabin - but are not working on perimeter containment in the area.

The Glenfir Road fire located 10 kilometres northwest of Naramata and just south of the Frederick Creek fires is sitting at 32 hectares in size and remains out of control.

However, Burgess is hoping to have the wildfire updated to being held in the next day or so.

KelownaNow will provide more information on the fire as it becomes available.