(UPDATE: June 24 @ 2:45 pm) - The BC Wildfire Service tells NowMedia that the Eleven Mile Creek wildfire has been remapped at 45 hectares and is now considered 'held'.

Dorthe Jakobsen explained that there are still 48 firefighters, three helicopters and pieces of heavy equipment on site as crews work to further extinguish the fire and bring it 'under control'.

When a fire is held, it means that sufficient suppression action has been taken that the fire is unlikely to spread beyond existing boundaries with the current and forecasted conditions.

When it gets labelled as under control, it means that the fire has received sufficient suppression to ensure no further spread.

The Eleven Mile Creek wildfire sparked around 15 kilometres east of Hope, near the Hope Slide site, on Sunday night and has been visible to motorists travelling on Hwy 3.

The fire is around 15 kilometres east of Hope, near the Hope Slide site, and is plainly visible to motorists on Hwy 3.

Fortunately, the BC Wildfire Service says it's burning away from the highway at this time.

There are currently 61 BCWS personnel, four helicopters and one water tender assigned to the fire, which is burning in steep and rugged terrain.

It's believed to be human-caused and remains under investigation. 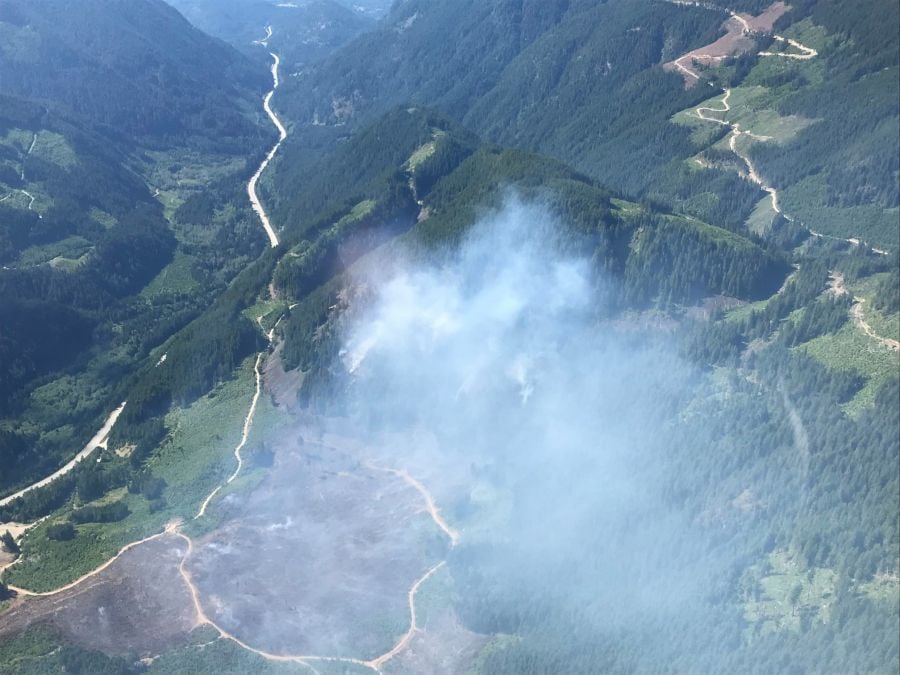 Dry and windy conditions overnight fueled the out-of-control fire, which is close to the Hope Slide site along Hwy 3.

While the fire is visible from the highway, it's not currently threatening the roadway or any other structures. 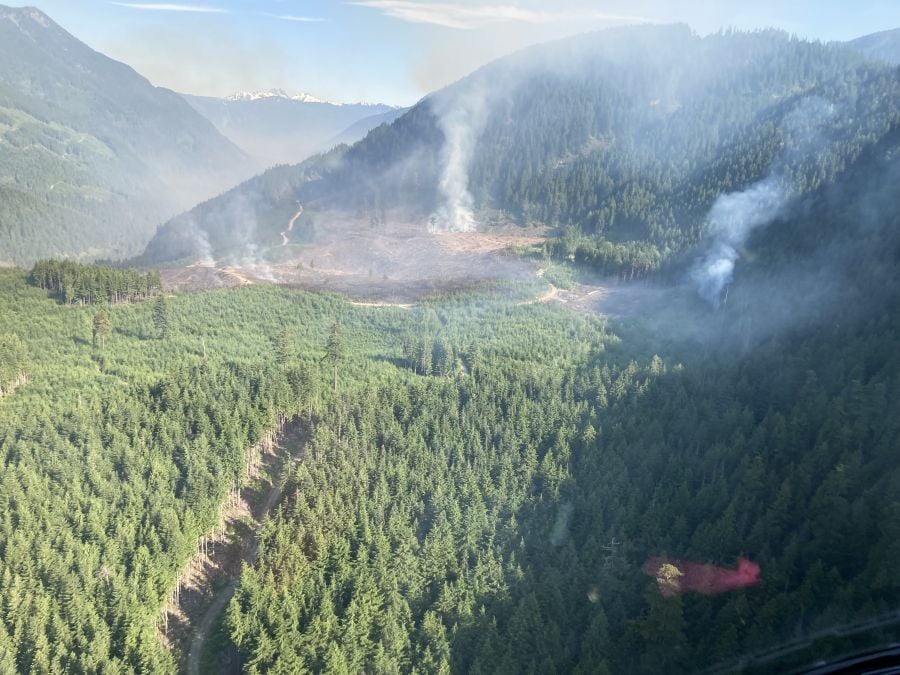 There are 52 firefighters, three helicopters and one water tender currently on site trying to contain the blaze.

On Monday, the BC Wildfire Service told NowMedia that the fire is believed to be human-caused, but the investigation is ongoing.

NowMedia will continue to update this story as information changes.

(UPDATE: June 21 @ 10:25 am) - There are currently 21 BC Wildfire Service firefighters and two helicopters battling the "out of control" 11 Mile Creek wildfire near the Hope Slide site.

According to BCWS information officer Julia Caranci, the 2.1-hectare fire is 15 kilometres east of Hope.

Caranci also told NowMedia that the fire is believed to be human-caused and urged people to be cautious outdoors with temperatures rising across BC.

"We are now locked into a summer weather pattern. We have rising temperatures, sunny skies, dry conditions and some wind, and that is increasing the fire danger rating," Caranci explained.

"We are asking people to use extreme caution when enjoying the outdoors...because virtually every human-caused fire is preventable."

Although the wildfire is very visibly from Hwy 3, it's not currently threatening the highway or any other structures.

It’s near the Hope Slide site between Manning Park and the junction between Hwy 3 and Hwy 5.

As of Sunday night, the fire was very visible from Hwy 3 and motorists shared pictures and videos of smoke to social media.

Witnesses reported that wildfire crews had begun to fight the fire on Sunday night with the assistance of at least one helicopter. 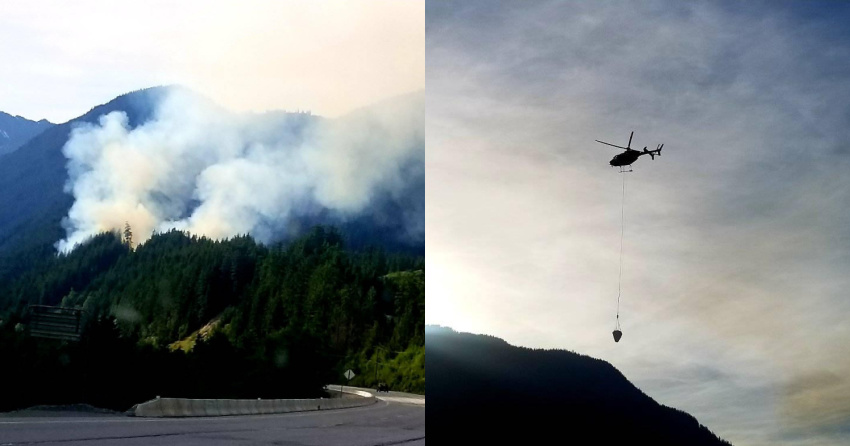 NowMedia has reached out to the BC Wildfire Service and will update this story when a fire information officer gets into work later this morning.