If you're ever looking for more examples of how ludicrous the enforcement of the Canadian Quarantine Act is, please read the following.

On Jan. 18, 2022, I arrived home into Canada via the land border in Abbotsford after visiting the United States.

In the days leading up to the 18th, a date on which I had personal and urgent matters to attend to in Canada, I attempted to have a PCR test completed days prior to my arrival to Canada.

After visiting several pharmacies and health clinics in the US, I was repeatedly told they were sold out of tests and due to the national shortage in PCR tests; test schedules were several days behind.

After continued attempts at clinics from southern California to Oregon, I was fortunate to find a clinic with an available appointment for a PCR test the same day in Lincoln City, Oregon. This was now the 17th, and only one day prior to my arrival to Canada.

Even though I am double vaccinated and have no COVID-19 symptoms, I was given a $5,750 fine for not having the results of the PCR test that I did in Oregon the day before. I was also told that I needed to complete two more PCR tests when I got home and to quarantine for 14 days. 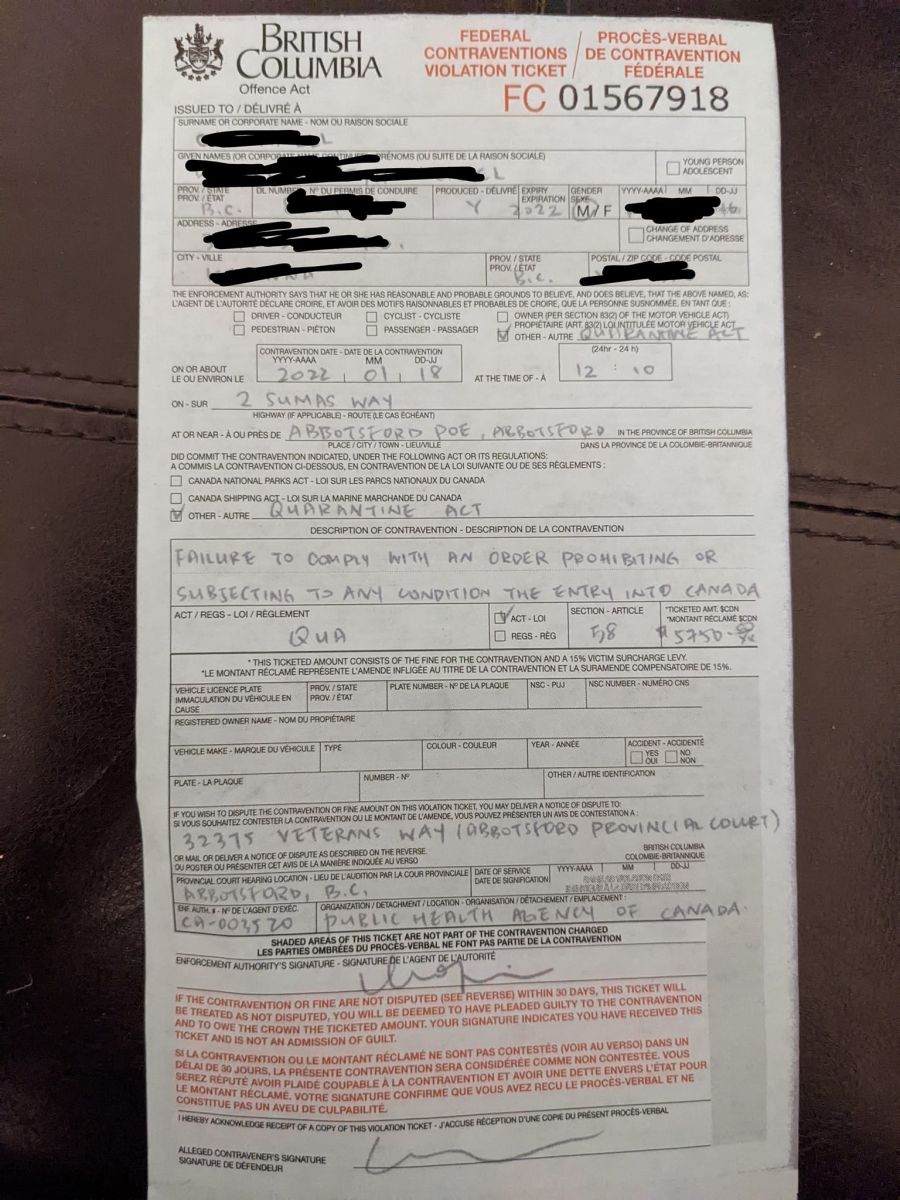 On my drive home to Kelowna from the border in Abbotsford, I received an email from the clinic in Oregon with my negative PCR test results, less than four hours after crossing the border.

I am writing this to give more details and context to the situation where I believe a fine of any amount is extremely unwarranted in my situation and should be dismissed given the following:

Additionally, countries around the world like the United Kingdom are currently preparing to end quarantines, even for people with positive cases of COVID-19, as the virus is becoming endemic. Our Quarantine Act is not only extremely challenging for individuals to adhere to, but is outdated and wasting the time and resources of our border officers, healthcare officials and people in our court offices.

For more information on Canada's current border measures under the Quarantine Act, click this link.