Researchers at the University of Nevada are using an old technology to reduce salmonella bacteria in meat products by 90 per cent.

"We were able to reduce salmonella by as much as 90 per cent in ground poultry, ground pork and ground beef," de Mello reported. "We're excited to be able to show such good results, food safety is an important part of our work and salmonella is one of the most prevalent bacteria in the nation's food supply."

Salmonella is one of the most common causes of foodborne illnesses and can cause diarrhea, fever, vomiting and abdominal cramps. In people with weaker immune systems, or in young children and the elderly, it can be fatal. 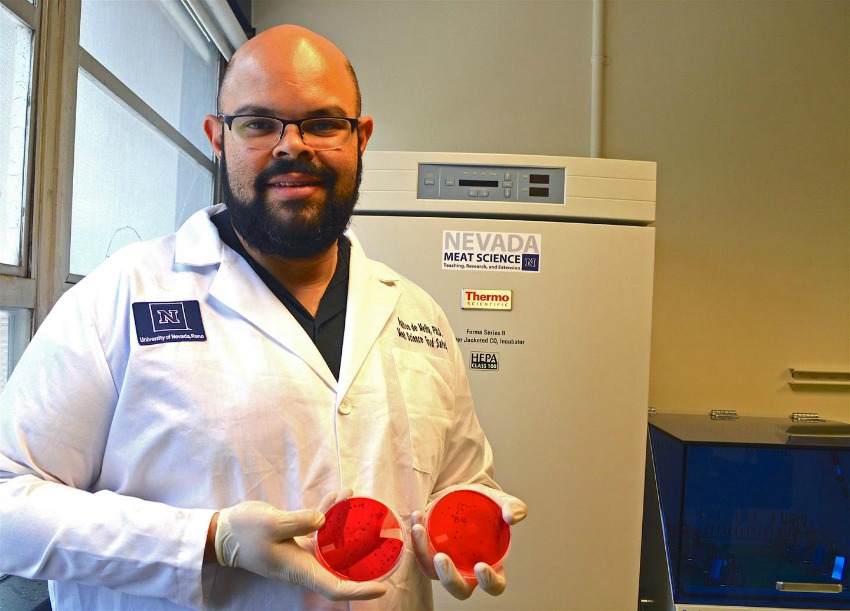 De Mello's research treated meat products infected with four types of salmonella by applying Myoviridae bacteriophages during mixing. Bacteriophages are commonly found in our environment, they are viruses that can only harm specific bacterial cells and are harmless to humans, animals and plants.

In the experiments, the salmonella bacteria was inoculated on refrigerated meat and poultry trim, then the treatment was applied to the meat before grinding. The bacteriophages invaded the cells of the bacteria and destroyed them.

"On the final ground meat products, there was a 10-fold decrease of salmonella," de Mello said. "The results are very encouraging and we're hoping this can be adopted by the meat industry to increase food safety."