Former Rocket Calvin Thurkauf called up to the NHL

Another former Kelowna Rocket has been called up to the show.

The Columbus Blue Jackets have added Calvin Thurkauf to their roster on emergency recall after forward Oliver Bjorkstand suffered a lower-body injury on Thursday.

#CBJ add F Calvin Thurkauf on emergency recall from @monstershockey. D Gabriel Carlsson has been assigned to the AHL club.https://t.co/f69tJr6mqt

He also represented Switzerland at the World Junior Championships both years he was a member of the Rocket and even captained his national team the second time around.

The 22-year-old was drafted by the Columbus Blue Jackets in the seventh round of the 2016 NHL entry draft and left the Rockets for the professional ranks ahead of the 2017 season. 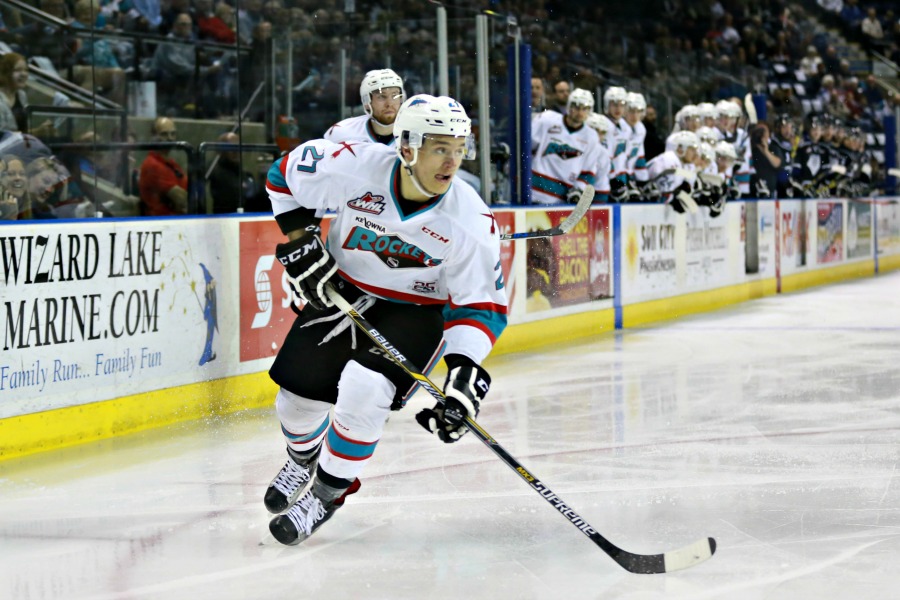 He’s played the last three seasons with the Cleveland Monsters, the Blue Jackets’ AHL farm club, and has now been called up to the big leagues for the very first time.

Whether he gets into the lineup remains to be seen, but he’s certainly shown he can produce in the minor leagues with 37 points in 47 games this season.