The Kelowna Rockets have named Nolan Foote as team captain.

Foote becomes the 25th captain in the club’s history and follows in the footsteps of his older brother Cal who served as the Rockets’ captain during the 2017-2018 season. 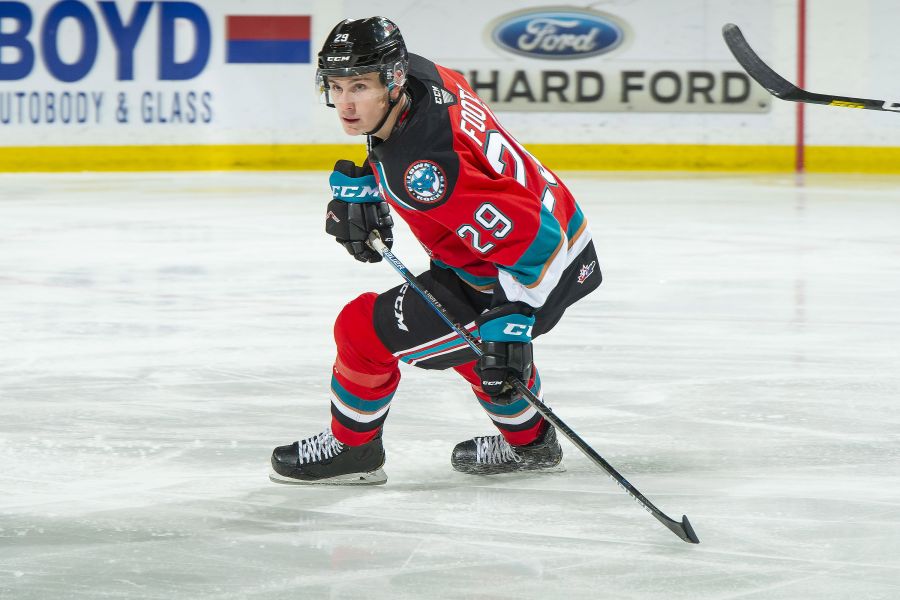 “I think his brother Cal was an excellent captain for us, and he has a lot of those traits of his brother. He’s come out of his first NHL camp stronger than ever.”

The 18-year-old is in his fourth season with Kelowna and is currently tied for the lead in team scoring with six goals and seven assists in nine games.

“Obviously the Kelowna Rockets are such a great organization, one of the best in the CHL. I’m very honoured to wear it. It’s a huge year hosting the Memorial Cup, and I want to lead this team to a championship.”

Foote was selected 27th overall by the Tampa Bay Lightning in the 2019 NHL Draft.

The Rockets take on the Kamloops Blazers at the Sandman Centre this Saturday.