The Heat begin their second season in the CIS Canada West Conference with nine new players, while seven members who helped the team make it to the playoffs last year have departed. 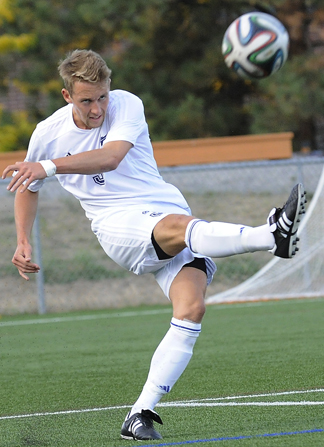 Coach Quote: "Our goal this year is to qualify for the playoffs and improve on last year's loss in the first round. With the extremely competitive Pacific Division this will not be easy and with a bit of luck we can hopefully achieve our goals." – Head coach Dante Zanatta

Key storyline: After failing to earn a playoff in its last two years in the PACWEST, UBCO made a run to the postseason in its inaugural season in the Canada West. The team was led by a strong core of players who had been with head coach Dante Zanatta since he took over the program at UBC Okanagan in 2011. Dylan Abbott, Joe Gill, and Austin Jones have all graduated and leave a lot of minutes and leadership roles for Dante to fill.

The Heat will play again on Sunday at UBCO against the Trinity Western Spartans beginning at 2 p.m.