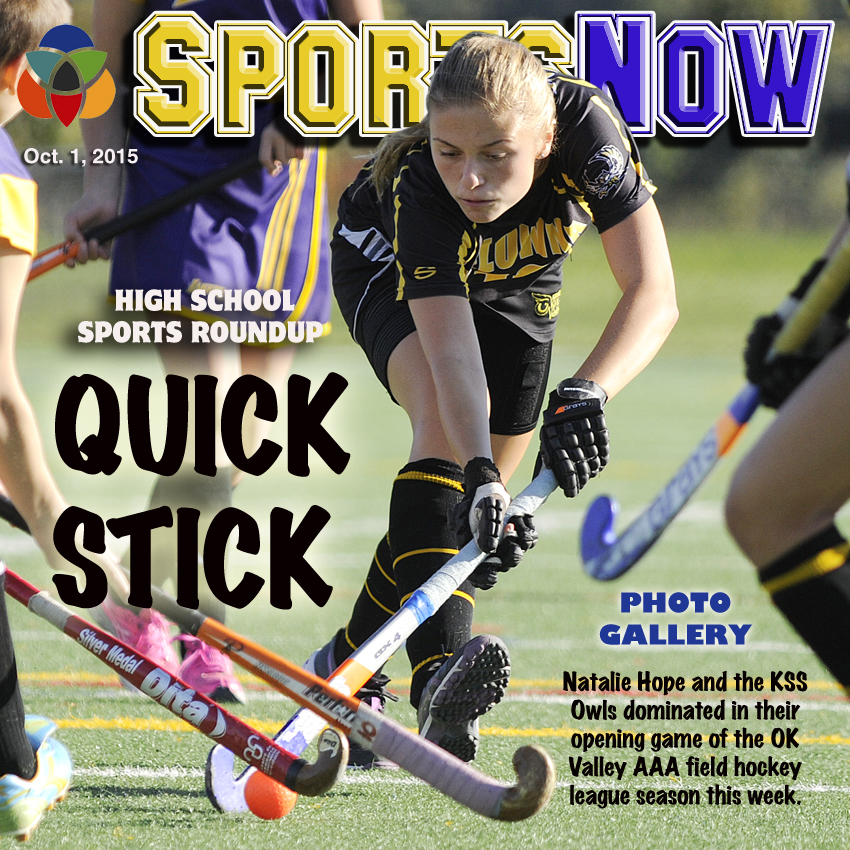 Despite fielding their youngest team in recent memory, the Kelowna Owls dominated the Penticton Lakers in the opening game of the 2015 Okanagan Valley senior AAA field hockey season on Tuesday.

With 10 Grade 10s in the lineup, the host Owls still scored 17 goals and didn’t allow the Penticton Lakers a shot on net at the CNC’s Mission Stadium. 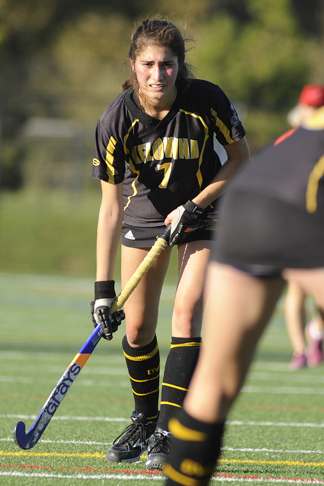 The lopsided affair only confirmed to head coach Arnar Bernhardsson that his team has to make more trips to the Coast in search of stiffer competition.

“Games like that aren’t really doing any good for anyone,” said Bernhardsson, in his 14th season at the helm of the KSS senior team. “As much as we’re really young this year, the Penticton and Mt. Boucherie teams are still developing their program and they aren’t close to what we’re doing. So, we’ve scheduled more tournaments out of town so we can compete (at the B.C. School Sports provincial tournament) in November.”

That the South Kamloops Titans are in the AA division this year adds to the lack of competition.

The Owls, Okanagan Valley champions for the past 13 years, have already played in one tournament at the Lower Mainland — the annual Polar Bear tournament hosted by Crofton House School in Vancouver.

With only three practices as a team prior to the tournament two weeks ago, the Owls lost four of five games and scored only two goals against mostly provincially top-ranked teams. But, while not particularly pleased with the result, Bernhardsson liked what he saw of his young team. 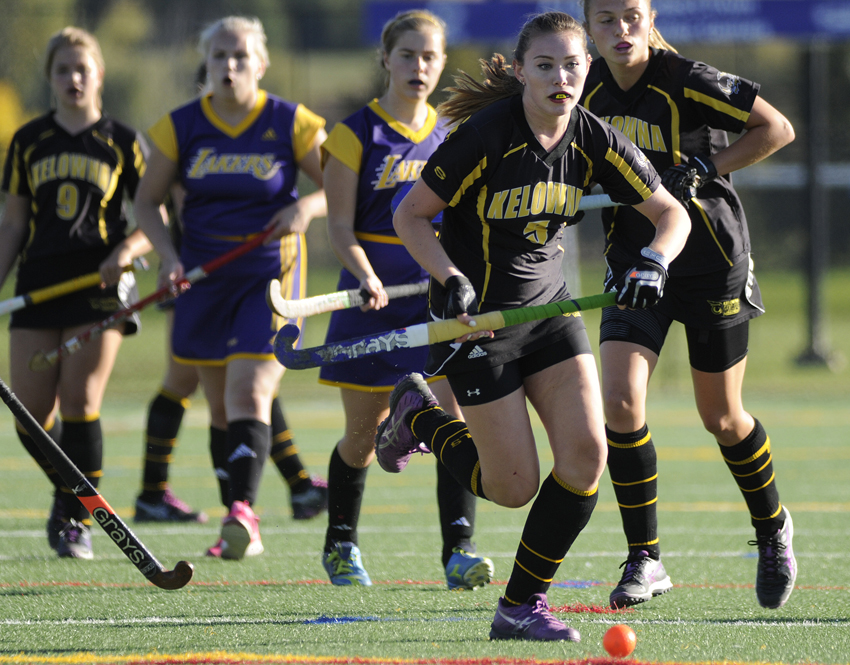 “We were doing a lot of shuffling to find the right positions for the girls, but we were still in the mix. Needless to say, this is a huge rebuilding year for us, but I believe that come November, we’ll surprise a lot of people,” he said.

“This is an eager group that received some great coaching at KLO (Ben Fecht) and Dr. Knox (Brian DeMug) and it works really hard in practice to earn more playing time, so I can see some huge positive steps as we go forward.” 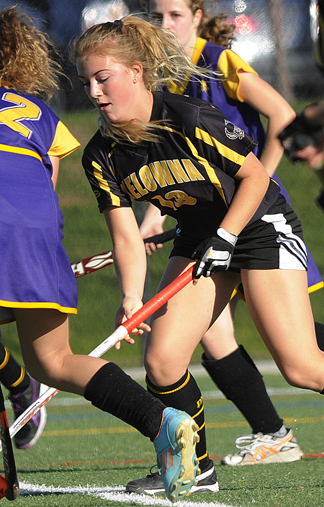 Against Penticton, Scotia Hewitt, one of only five Grade 12s on the team, scored four times to lead the onslaught. Letisha Mapstone and Dezeree Day added three goals apiece, while Zoe Brown and Destiny Lemp contributed a pair each.

The Owls are on the road again this weekend, taking part in the annual University of B.C. tournament.

In other Okanagan Valley high school sports action this week, the provincially No. 1-ranked Kelowna Owls defeated the No. 2 Mt. Boucherie Bears 3-0 in an AAA boys volleyball match at KSS on Wednesday.

The host Owls started slowly, but finished each set strongly. The size and strength of the Owls wore down the Bears' offence, while the middle attack of Sadie Taylor-Parks, Ellie McCarthy and Samantha Temme added the finishing touches.

Seeded fifth among quad-A teams in the province going into the season, the Owls moved up a notch by finishing first in the silver division of the prestigious 32-team high school tournament at the University of B.C. in Vancouver earlier this month.

Using eight different lineups, the Owls maintained their top seed in the preliminary rounds. In the playoffs, they defeated a group of private schools, including Point Grey Academy, St. Thomas More of Burnaby and Brentwood Bay.

Grade 11, Taylor-Parks was selected as a tournament all-star, while fellow Grade 11, Sarah Watson, and seniors Norman and Widmer also had an outstanding tournament.

The much-anticipated Battle Of The Bridge B.C. High School Football Association football game is set for Friday (6:30 p.m.) at the Apple Bowl.

The Kelowna Owls, coming off a regular-season 49-8 win over the Lord Tweedsmuir Panthers of Surrey, this week moved into the upper echelon of the provincial rankings as an honourable mention for the first time this season.

Meanwhile,the Mt. Boucherie remained an honourable mention, but behind the Owls in the rankings after a 32-0 triumph over the Centennial Centaurs of Coquitlam