Owls At Best In Best Of The West Volleyball Tournament 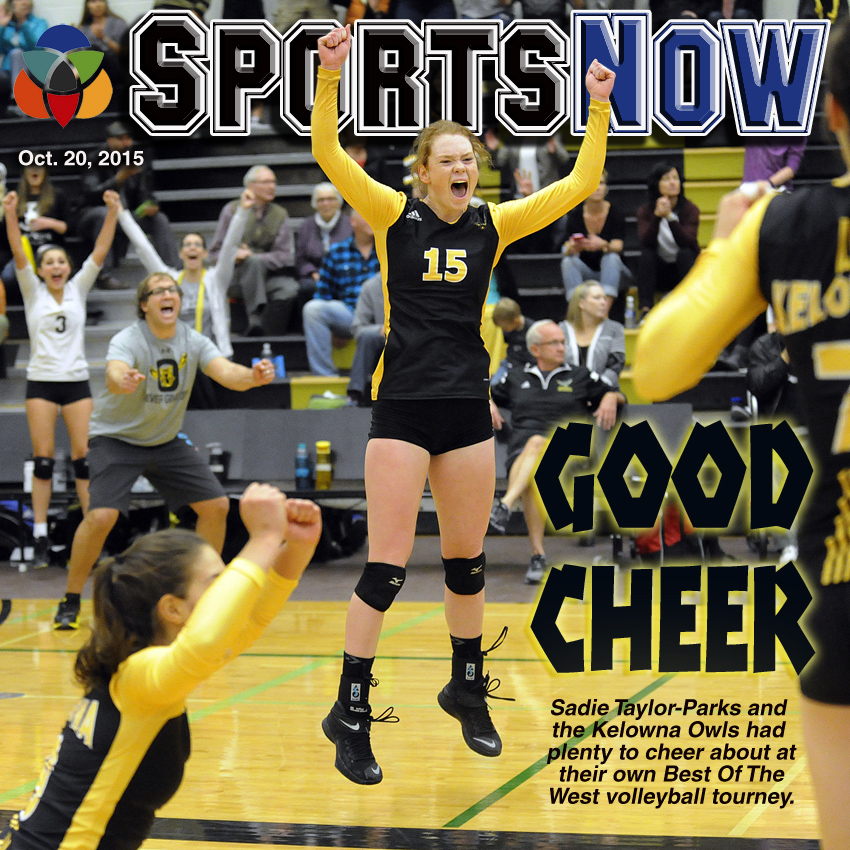 The Kelowna Owls played their best volleyball of the season at their own Best Of The West senior girls volleyball tournament on the weekend.

Unfortunately for the Black and Gold, the “season-defining” matches came prior to the championship encounter with the Langley Christian Lightning on Saturday. 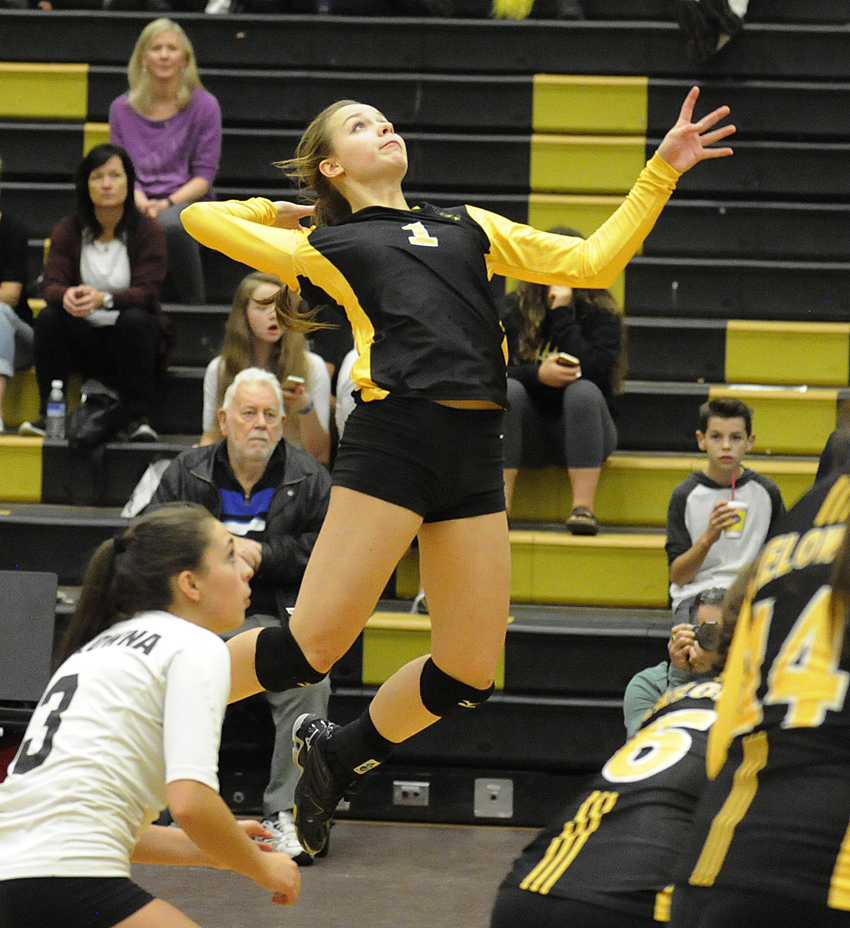 Up against what KSS coach Tony Sodaro referred to as an “unorthodox team”, the Owls continued to play well in the title match, but couldn’t maintain the level they had displayed in their semifinal and quarter-final contests with the MEI Eagles of Abbotsford and the Earl Marriot Mariners of Surrey respectively.

“Hats off to Langley Christian. They came up with the big points when they had to and wouldn’t let us close the gap,” said Sodaro, whose team had no time to rest after its semifinal against Marriott and fell 25-23, 25-23 to the Lightning. “After that near-perfect match against Marriott and the emotional victory over MEI, it was tough to keep the girls on that kind of a high.” 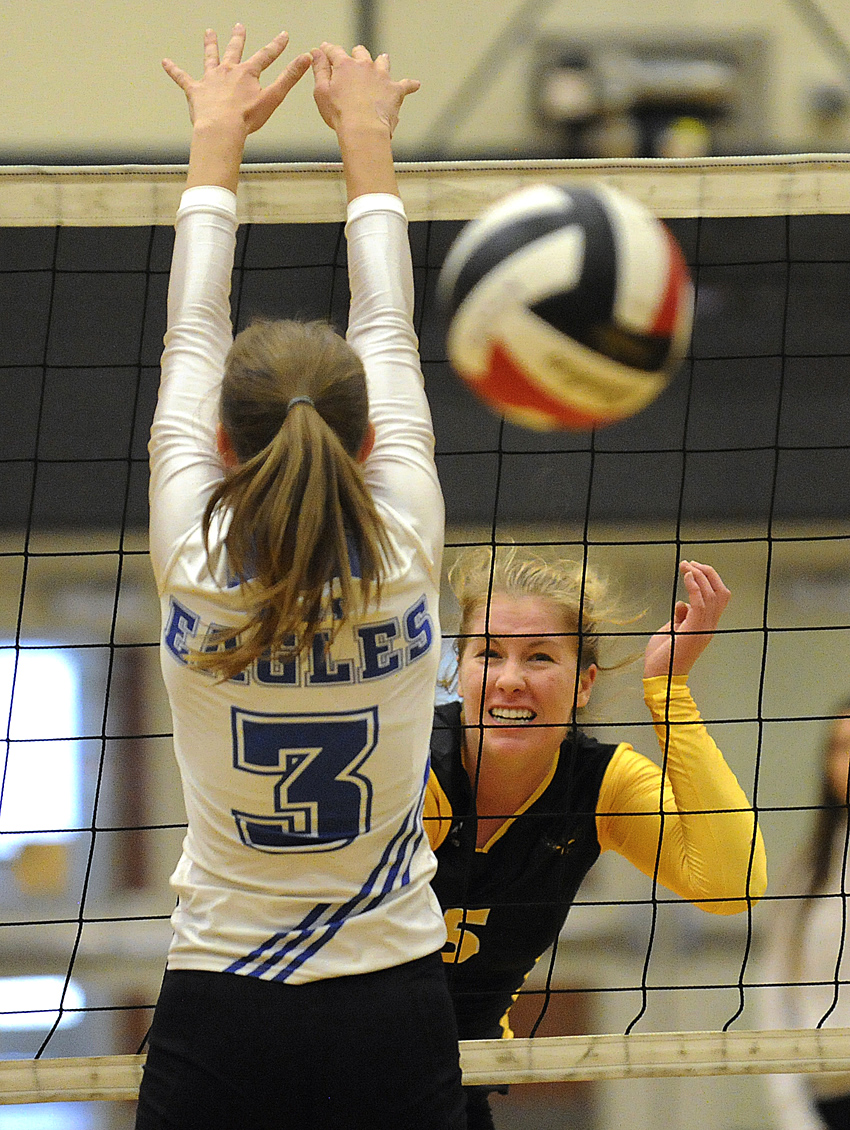 Ranked No. 2 in the provincial quad-A division going into the annual 40-team event, the Owls couldn’t quite handle the slower tempo and unconventional attack at the net of the No. 2 (AA) Langley team.

“We’re used to a higher-tempo style, and although we had seen them play that way in their semifinal win against Jasper Place, we just didn’t adapt as well as we could have,” noted Sodaro. 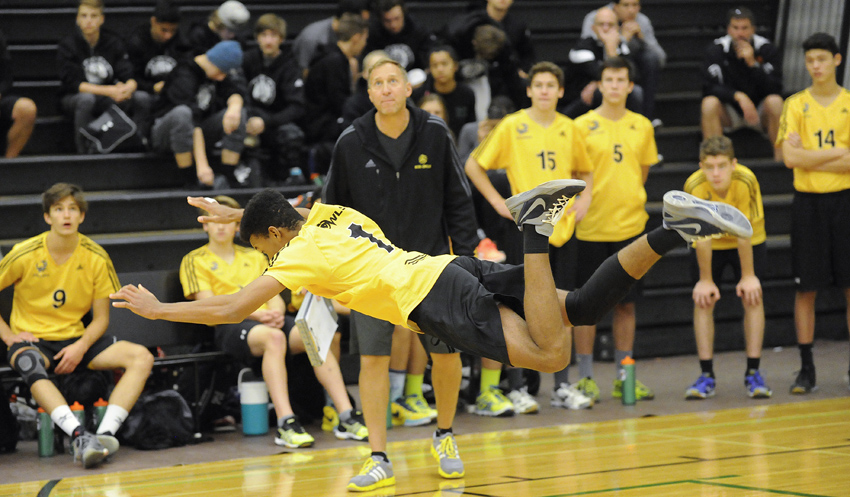 But the veteran coach couldn’t say enough about the play of his team in its semi against Marriott, a convincing 25-15, 25-13 victory.

“It was the best I’ve seen our girls play,” said Sodaro. “The passing was fantastic. The offence was firing on all cylinders, with (setters) Sandy (Kent) and Brooklyn (Norman) sticking to their game plan to perfection, while (powers) Quinci (Birker) and Janel (Filipiak) were hitting near perfectly. And of course Denika (Widmer - all-star libero) and Sadie (Taylor-Parks - all-star middle) came up with their usual monster games.” 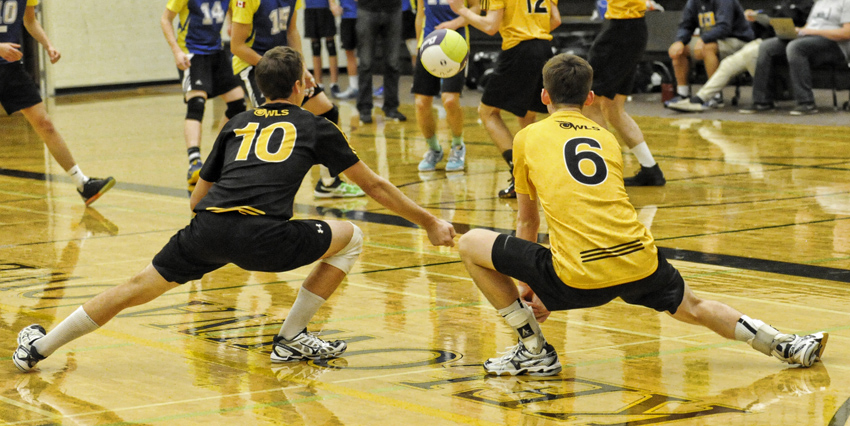 Still, in the final and throughout the tournament, Sodaro utilized his depth even in crucial situations.

In the quarter-final against MEI (No. 3 -AAA), Sodaro inserted the majority of his players in a tense three-game set that saw the Owls come back from a 24-20 deficit to win 26-24 the second set that forced a deciding set that went to 15-13.

“This is a big tournament for us, but we still have to build toward provincials, so we have to have our bench experience big matches,” Sodaro offered. “At the quad level you can’t rely on six players. If you do, you’re doomed. Everyone stepped it up for us this weekend.” 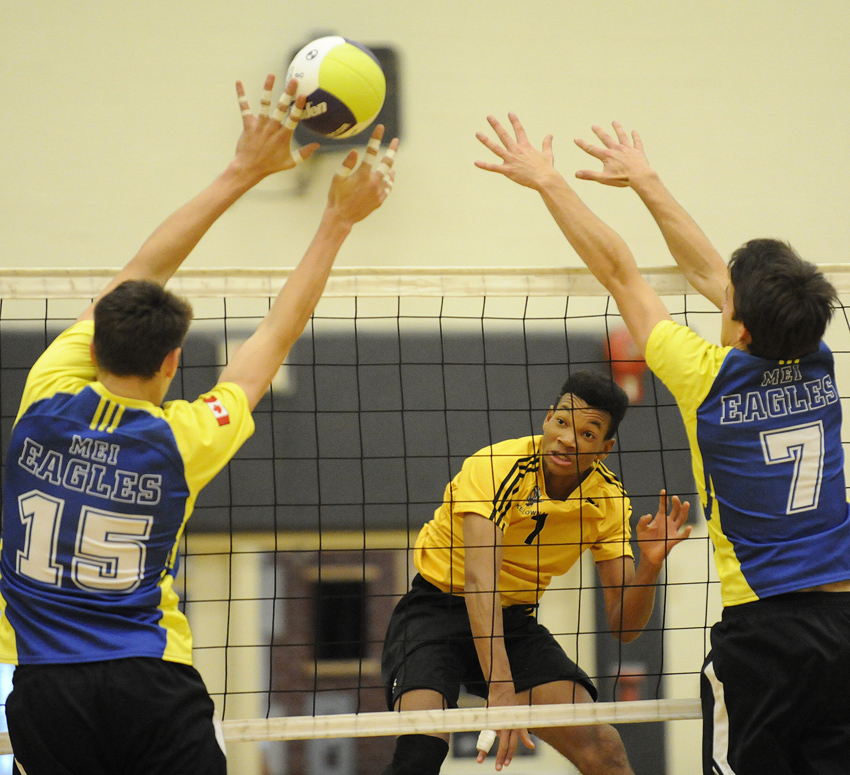 The Owls, runners-up a week earlier to No. 1 (quad-A) Handsworth Royals of North Vancouver at the UBC Okanagan high school tournament, got off to a relatively slow start on Friday in front of a capacity crowd at KSS.

The hosts fell in three sets to both Jasper Place of Edmonton and Notre Dame of Calgary, while sweeping Holy Cross of Vancouver. They began the Gold Division playoff round with a win over the Princess Margaret Mustangs of Penticton. Then it was on the MEI, Earl Marriott and Langley Christian.

Meanwhile, it the 39-team senior boys portion of the Best Of The West, the No. 1-AAA ranked KSS boys dropped a 2-1 decision to the MEI Eagles (No. 2 - AA) in quarter-final play on Saturday and finished in a tie for fifth place overall.

The Mt. Boucherie Bears, (No. 4- AAA) reached the semifinal of the Gold Division playoffs, only to lose to MEI. They had defeated Delta in the first round of the playoffs and had downed the Pacific Academy Breakers (No. 4- AA) in quarter-final play.

MEI went on to defeat Jasper Place of Edmonton in the boys championship match. 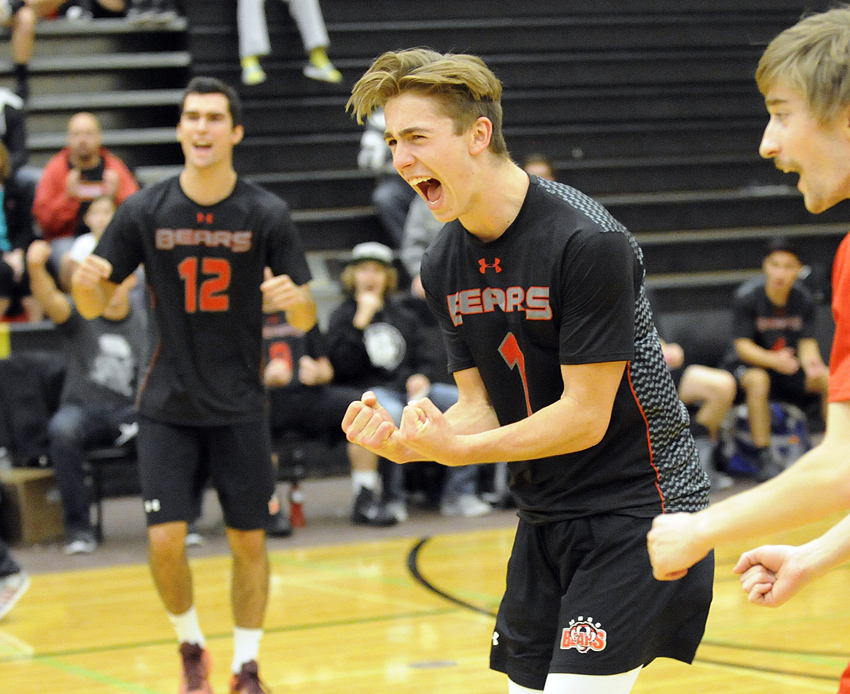 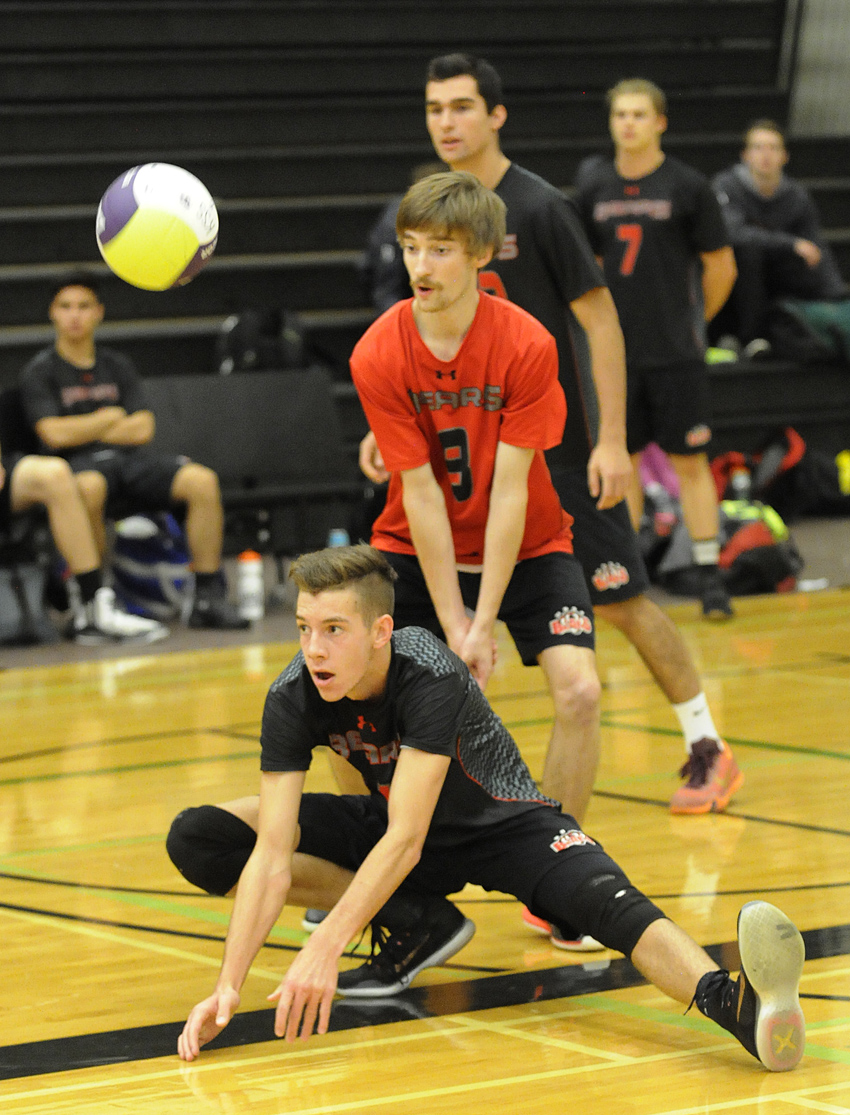