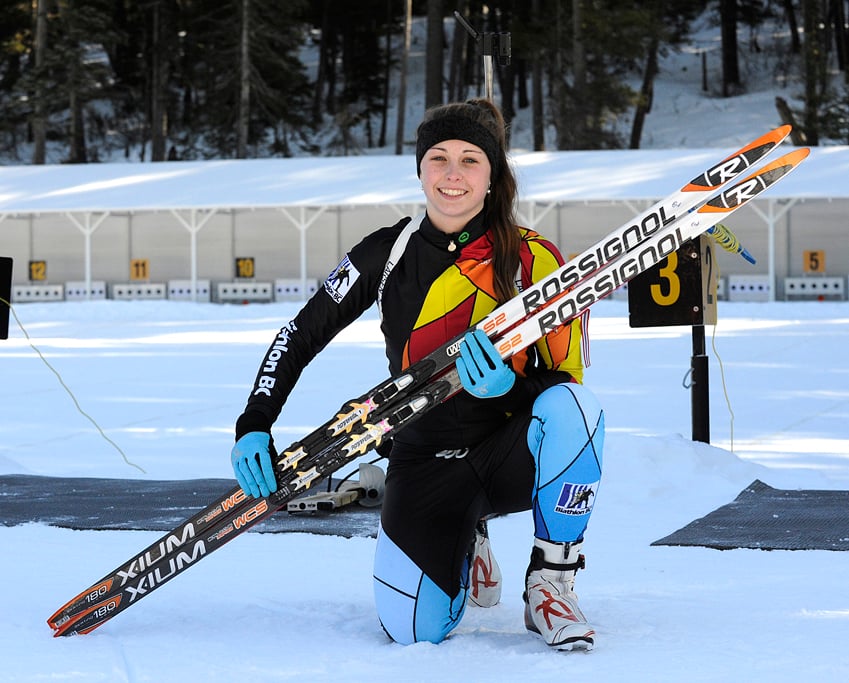 It was a year ago that Tekarra Banser set her sights on Canada’s biathlon team for the 2016 Youth Olympics. She was right on target at a recent qualifying event in Canmore, Alta.

Banser, rallying with her first-ever clean prone shoot in a pursuit race, earned one of just two female spots on the Canadian team competing in Lillehammer, Norway Feb. 8-21. 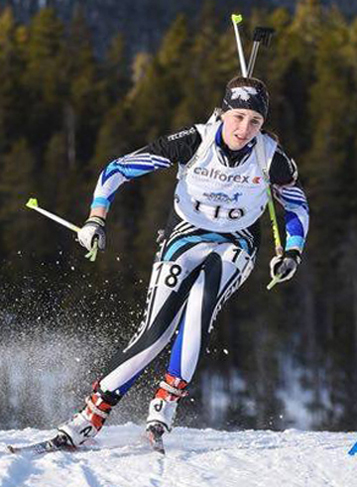 The 17-year-old Telemark Biathlon Club member finished second overall among 10 girls (16 and 17 years old) vying for the right to represent their country at the prestigious international event.

Engaged in a tense three-event duel with the best youth-division athletes from across Canada, the final berth for Lillehammer was still very much up for grabs going into the 7.5-kilometre pursuit — the last of qualifying events.

Banser came through in the clutch, hitting the 45-millimetre target (at a distance of 50 metres) all 10 times in the prone position and then holding off the competition the rest of the way for the coveted berth on the Youth Olympics team.

“I was really stoked about that clean shoot . . . maybe a bit too stoked,” admitted the Mt. Boucherie Secondary School student. “My confidence was sky-high after the prone and I felt really good on the ski, but I guess the adrenaline was flowing a bit too much because by standing shoot wasn’t nearly what I was hoping for.”

But despite uncharacteristically missing six of 10 shots in the standing position, Banser hung on for the second spot on the Canadian team behind Gillian Gowling of Calgary 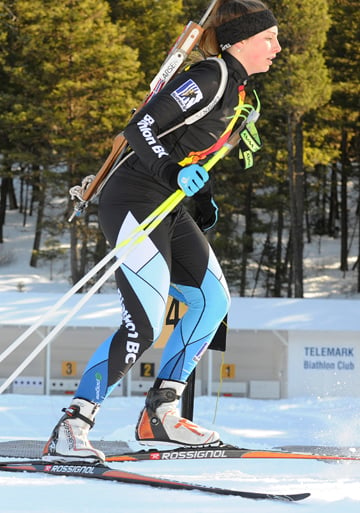 “It was a huge relief, especially after that poor standing shooting” said Banser, who didn’t find out officially that she had made the team until a day after the races. “When I was doing all those penalty loops near the end, I was really down on myself, so to see the final results was a big boost.”

Banser opened the qualifying event by placing second in the 7.5 km sprint that included five prone and five standing shots with the small bore rifle. Although going 3-for-5 on each shoot, with the help of a strong ski, she finished second, 31 seconds behind Gowling.

With the Youth Olympic berths being decided by the two best results in the three races, Banser knew she had to have a better showing in the final races to nail one of the two national berths.

“My coach (Etienne Letondeur, Team BC) told me not to change anything — to be confident in my abilities and my training, and things would take care of themselves,” said Banser.

In the second race of the qualifying event — the six-kilometre sprint — Banser was good on three of five shots in the prone position and closed out with a perfect standing shoot. She finished just 15 seconds behind Gowling and 21 seconds ahead of third-place Mackenzie Turner of Ontario. It proved just enough of a cushion going into the final pursuit race to secure her first international competition outside of Canada. 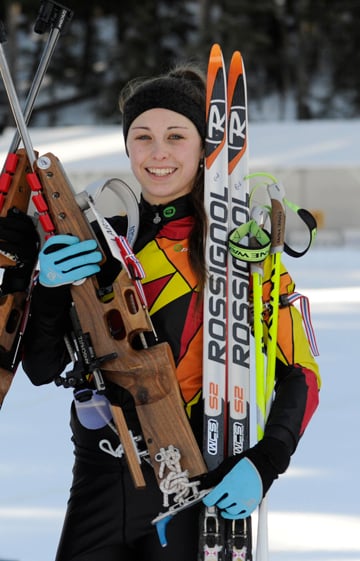 “It’s an awesome feeling, especially when I think about how much focus and hard work it took to get to this point,” said Banser, who gives much of the credit for her success to Letondeur.

Training under the tutelage of the Team BC coach last year, Banser made huge strides in a 2014-15 season, highlighted by her performance at the Canada Winter Games in Prince George.

She and her Team BC teammates — including Telemark Biathlon Club teammate, Jennah Smailes — garnered gold in the team relay competition, while she placed sixth in the 10 km pursuit.

Banser continued her training throughout the spring, and spent most of the summer working on her strength and endurance, roller skiing, shooting, running, hiking and biking in Whistler under the direction of Letondeur.

“It’s easy to see why he’s (Letondeur) considered one of the top coaches in Canada,” said Banser. “By the time we got on the snow at a training camp at Sovereign Lake (Vernon) in November, I was so much further ahead in so many ways than at the end of last season.”

Banser and Letondeur had set the goal of qualifying for the Youth Olympics early in the new year. 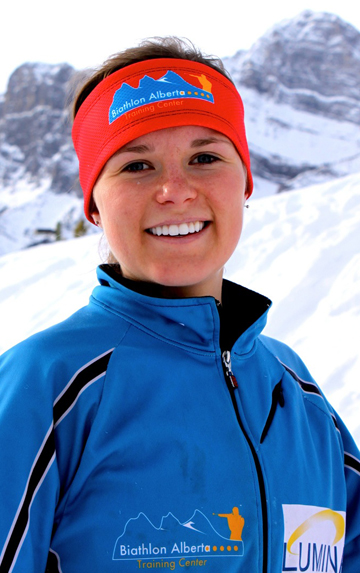 “It was encouraging to know that Etienne had the confidence that I could do it,” said Banser. “He said it was definitely a possibility, and with a lot of hard work, it was probable.”

It’s been a relatively steep learning curve for the Grade 12 student, who took up the sport five years ago as a member of the Air Cadets team in Kelowna.

Unlike most athletes who get into the sport, Banser had no cross country skiing experience at all.

“I fell in love with it right away. I liked the fact that it was a completely new sport and a huge challenge,” recalled Banser, a graduate of the Kelowna United soccer program, who will begin her fourth year on Boucherie’s senior AAA girls soccer team this spring. “It (biathlon) is definitely passion for me now.”

That zeal, boosted by her latest accomplishment, will see Banser continuing her training at Telemark (under the direction of TBC coach Chris Halldorson) four days a week until the Youth Olympics. She will compete in one series of races (BC Cup in Prince George) before leaving for Norway early next month.

She, Gowling and the two male biathletes will also have six days of training in Lillehammer under Team Canada coach Luke McGurk.

While Banser is “thrilled” to have earned a berth on the Canadian team, she has little idea of how she will stack up against some of the best young biathletes in world, including those representing countries in which her sport has a much higher profile than in Canada.

“I really just want to soak in the whole experience and be prepared to give it my all and do my best,” she said.

While her coaches will be her anchor in the process, Banser can also turn to another West Kelowna biathlete for advice.

Julia Ransom, a Mt. Boucherie graduate who also honed her skills at Telemark, is now a member of the Canadian biathlon team, currently competing on the World Cup circuit in Europe.

“Julia’s been an awesome role model for me,” notes Banser, who has trained with the Ransom, both at Telemark and at races the pair have attended. “Hopefully I can get in touch with her before I go to talk about what I can expect in Norway.”

Inspired by the successful bid to make Team Canada for the Youth Olympics, Banser says her longer-term goal is to follow in Ransom’s tracks.

“To be where Julia is now is definitely something to shoot for.”

Wed
1℃
Make Homepage Advertise with Us