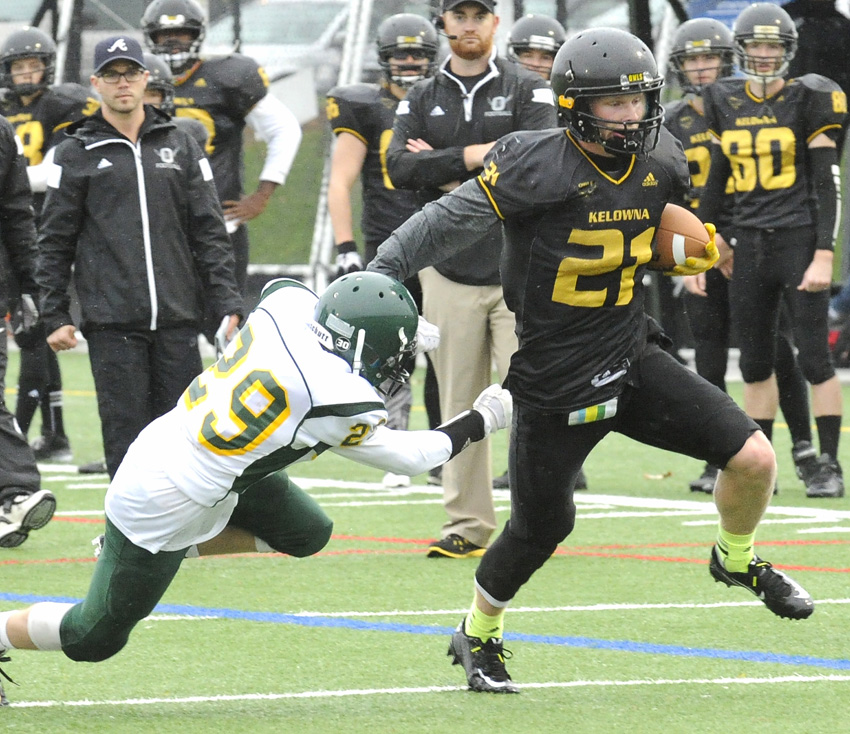 Parker Simson will continue to play both football and basketball — at the university level.

The Kelowna Secondary School quarterback and point guard has committed to play for both University of B.C. Thunderbirds teams for the 2016-17 season.

Simson, did just about everything on the football field during the 2015 high school season. In a 10-game schedule the 6-foot-3, 195-pound QB was selected as the B.C. triple-A offensive MVP. He completed 53 of 80 passes for 975 yards and 16 touchdowns, while giving up just two interceptions. 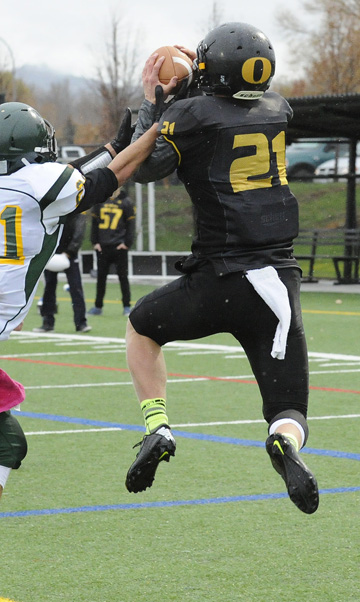 The speedy and elusive Grade 12 student also rushed for 832 yards and 15 touchdowns on 115 carries and showed off his skills at wideout by catching eight balls for 225 yards and three scores.

That's to say nothing of his contributions on special teams or defense, where Simson starred as a return man and defensive back, respectively. A weapon in all three facets of the game, Simson's senior season saw him return five punts for 175 yards and a TD, while recording 47 tackles and eight interceptions, with one score, on defense.

Simson's remarkable campaign earned him the nod as the No. 14-ranked athlete in the CFC100, a comprehensive listing of the best high school football players from across Canada.

For the head coach of the UBC Thunderbirds football team, Blake Nill, even bigger than the commitment itself, are the implications of keeping such a highly sought-after athlete in-province.

"Having an athlete like Parker Simson in the football program demonstrates that we're able to keep the top B.C. athletes at home, which we need to do in order to be successful, both now and in the long-term," said Nill in a UBC press release on Friday. 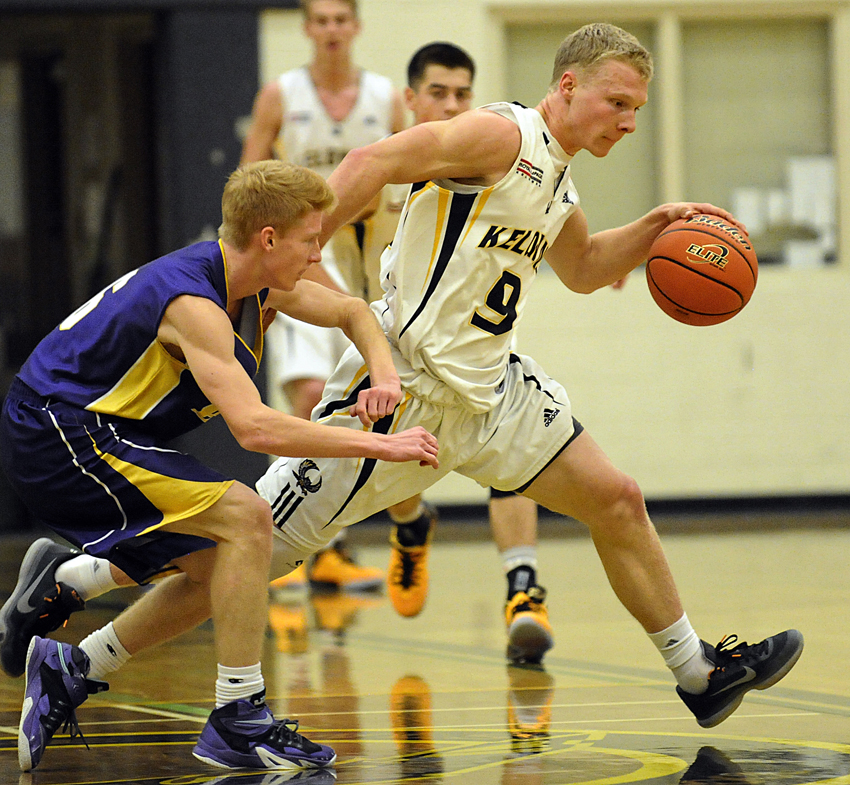 Projected as a wide receiver or defensive back at the next level, Simson's versatility might not only be seen in playing basketball and football – even solely on the gridiron, Nill admits that Parker's immense athleticism gives him options.

"Parker is a very dynamic player, and he's got the ability to play a number of positions," said Nill. "Don't be surprised to see him line up both offensively and defensively in key roles for us."

On the hardwood, Simson is considered one of the brightest talents that B.C. has to offer, starring at guard for Kelowna Owls. 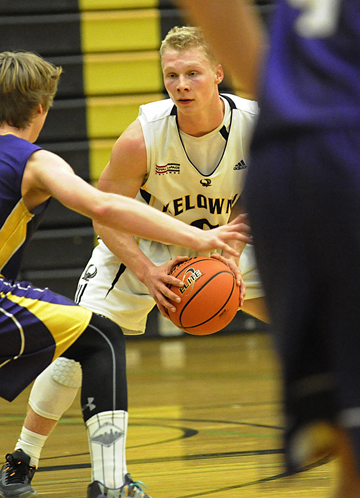 Armed with a 17-4 overall record to start the season, the Owls are ranked No. 1 in the province's latest Big 10 rankings

As is his trademark, Simson's versatility is what makes him so dangerous on the court. So far this season, the explosive playmaker has posted per-game averages of 15 points, six assists, six rebounds, and six steals.

UBC Thunderbirds men's basketball head coach Kevin Hanson, for his part, is looking forward to seeing the multi-talented Simson take on the challenge of playing two sports at the next level.

"I have always been a big advocate for multi-sport athletes," said the long-time coach of the Blue and Gold. "Parker's court/field vision and awareness has really developed because he has played multiple sports. He has a great package of athleticism and psychological attributes. He is determined, focused and most importantly, he is a winner. Any time someone can be a two-sport athlete it will only enhance his experience."

More than being an athlete, more than being a football player or a basketball player, Hanson says there is one aspect of Parker Simson that will help him make an impact for the Blue and Gold for years to come.

"He's just a flat-out winner. He's won at football, he's won at basketball, they're perfect this season, and I look forward to watching him in both sports."

From files from Aaron Martin (Sports Media and Information Assistant)

Watch for more on this story later.