UBCO's Heat hoop team has Hart in the right place 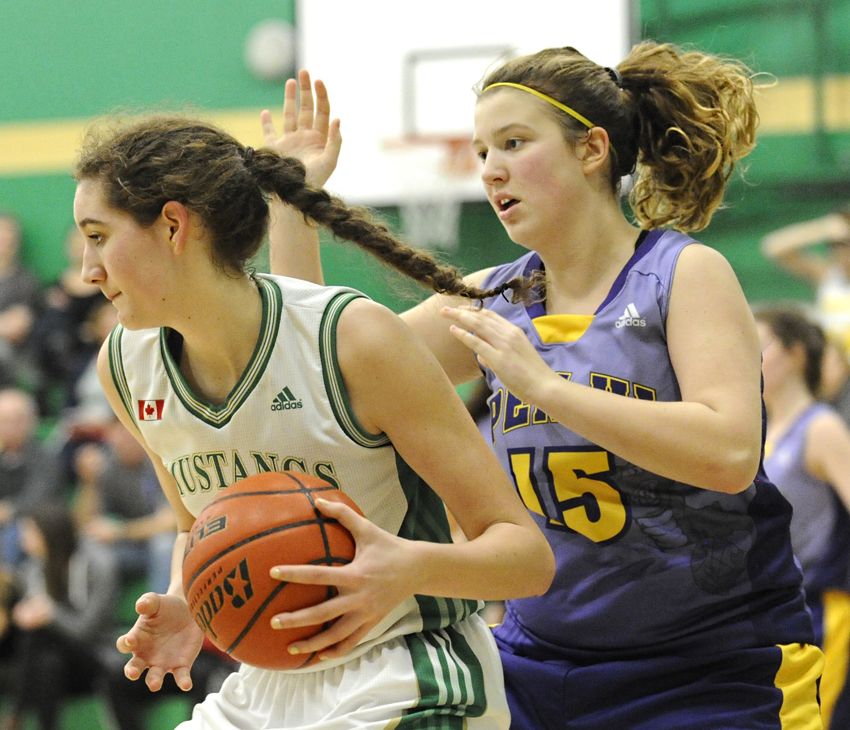 Claire Meadows’ five-year plan for the UBC Okanagan Heat women’s basketball team appears to have been accelerated with the letter-of-intent signing of Kelowna’s Nicole Hart this week.

After a year of weighing her many post-secondary school options, Hart has made the decision to stay home and play for the CIS Canada West Heat rather than follow in footsteps of her brother Alex (basketball - Santa Barbara) and sister Megan (volleyball - New Mexico State) south of the border. 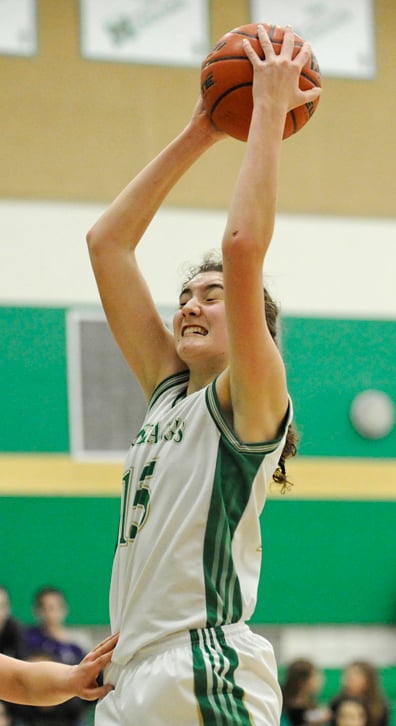 “There were a lot of things to consider, and the process was becoming quite stressful,” Hart conceded. “But in the end I’m super excited about the decision to be playing and studying at UBCO,” added the 6-foot-2 provincial-team forward, from a hotel room in Port Coquitlam, where she’s playing goal for her Immaculata High School Mustangs at the provincial catholic soccer championship tournament.

“Being in Kelowna, I’ve had the opportunity to watch the Heat play and gotten to know the players and Claire. I really like how close the girls are to each other on and off the court, and it’s not hard to see what a great job Claire and Bobby (assistant coach Mitchell) are doing with the team. I’m really looking forward to be a part of it.”

As for Meadows, hired to guide the Heat a year ago upon the retirement of longtime coach, Heather Semeniuk, she was nothing short of ecstatic to have Hart be a major piece to a building program.

“When I got here last year, I pencilled in a five-year plan and identified players who we would like to be a part of the recruiting process. And Nicole was definitely one of those important Grade 11s we felt would be a key ingredient.” 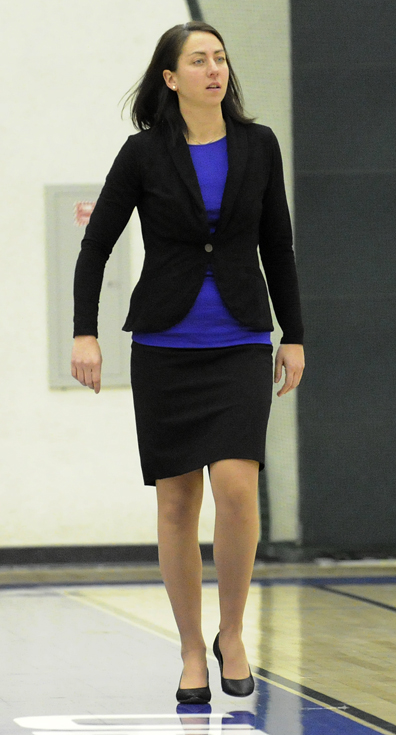 While Meadows, Mitchell, Hart and her family first met for dinner in March 2015, it wasn’t until earlier this month that an agreement was finalized.

“It was quite a process, but the Harts, Bobby and I had open, honest conversations, and we formed a good relationship through it all. In the end I believe it worked in everyone’s favour.”

For most of the past year, Hart, a three-year member of Basketball BC’s provincial teams, a two-time B.C. School School Sports provincial champion with the Immaculata Mustangs and a provincial all-star, had been wooed by the NCAA Div. 1 Santa Clara University Broncos.

But unbeknownst to Hart and her family, there were internal complications materializing in the program, and only two weeks ago it was announced the entire Santa Clara coaching staff was moving on to the University of Colorado.

It was at that point that Hart, who had been torn between Santa Clara and UBCO — while also being approached by about a dozen other universities — decided the Heat would be her best option.

Meadows is confident her newest recruit won’t regret the decision. 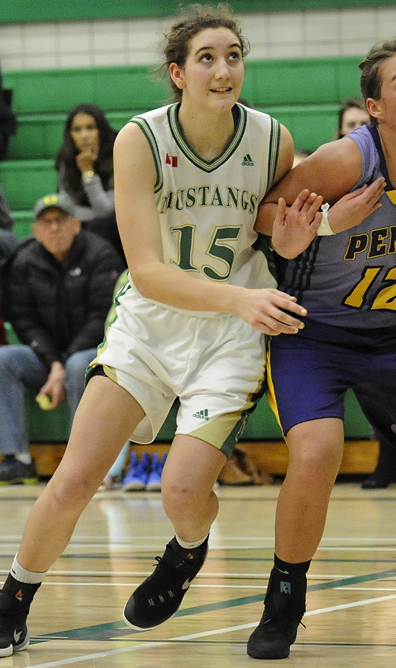 “I said to Nicole from the get-go that she would be a big part of how I see the program going,” said Meadows. “She will come in and be impactful right away. We were short on size and she’ll provide the scoring we desperately needed. But the big thing is that Nicole has the ability to completely alter offences. She’s a great defender — really protects the paint and the rim.”

While she had no doubt Hart’s contribution to the Heat will be significant right from the start, she also realizes there will be challenges for the 18-year-old rookie.

“The biggest challenge for any player making the transition from high school to the CIS level is the physicality and pace of the game,” noted Meadows. “Nicole will need to get into the gym and weight room quickly so that’s she’s that much more stronger, quicker and faster.”

With Hart’s commitment, Meadows has completed the recruiting process for the 2016-17 season, having earlier signed on point guard, Emma Jonas from Lord Tweedsmuir Secondary School in Surrey and 6-foot-1 forward, Jordyn Cullum of Vernon Secondary.

Both were teammates of Hart on the Team BC provincial teams the past two summers. Both Meadows and Hart concede that the two previous signings played into the decision of Hart to join the Heat. 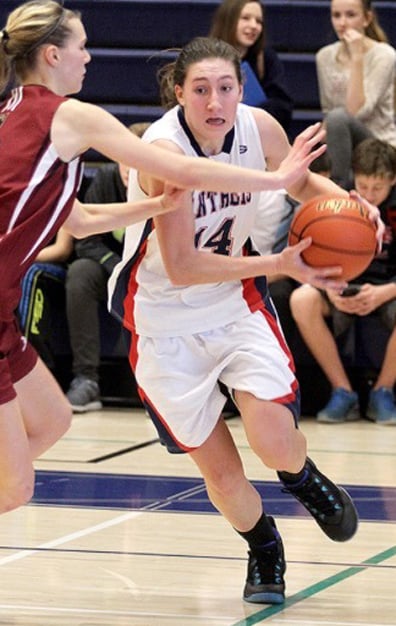 “When Emma and Jordyn signed I told them that their decision to come to UBCO would begin a dominoe effect. It makes a huge impact when players of their calibre makes a commitment to a program.”

“Yes, I know how good Jordyn and Emma are as players and how good they are as teammates. So it did influence my decision. It’s going to be a fun time,” she said, adding that she’ll also miss her schoolmates at Immaculata.

“It was a amazing ride (at Immaculata), that’s for sure. I really learned to appreciate how much of an effect team bonding has on its success. I can’t say enough about the coaches (Dino and Andrew Gini and Brian Grant) influenced me on and off the court. I’ll always appreciate it.”

Meanwhile, Meadows is looking forward to having the three significant new additions working out with the Heat this spring and summer.

“With the three of them on board, we’re showing that we’re placing high expectations on all of the returning players to up their offensive game,” said Meadows, whose team averaged just 56.9 point per game en route to a fourth place finish (10-10) in the Canada West Explorer Division.

“Our defence was great, but it’s obvious we have to score more.”

With the signing of Hart, Cullum and Jonas, they’ve already shown they can do just that.