Midget Kodiaks rock the house with tournament win in Armstrong

The Kelowna Kodiaks went unbeaten in five games to claim the North Okanagan Rock The House midget lacrosse tournament on the weekend in Armstrong.

A 10-1 victory over the North Okanagan Legends in the final game capped the winning weekend, with Adam Mitchell scoring five straight goals to lead the Kodiaks. 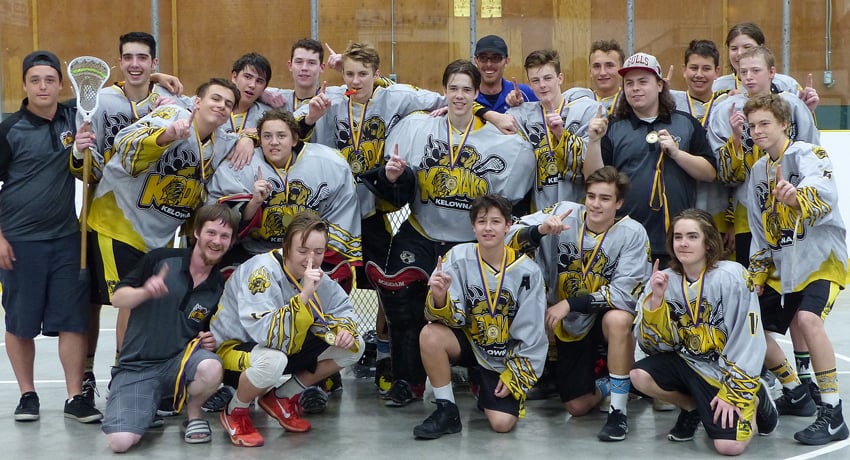 The Kodiaks opened the tournament by defeating North Okanagan 6-1, while they followed up with victories over the Kamloops Rattlers (13-2 and 13-0) and a tie with the Delta Islanders (4-4).

Playing in the Thompson-Okanagan Minor Box Lacrosse Commission midget B division, the Kodiaks are 4-1 in league play. They’ll continue tournament action in Richmond later this month and will take part in the annual 12-team KMLA midget tournament June 10-12.