With hard work and valuable help from his friends, Eli Risso has earned the right to represent Kelowna and the province at a world junior men’s volleyball qualifying tournament next month in Quebec.

One of 41 under-21 players from throughout the country invited to Volleyball Canada’s four-day national junior tryout in Gatineau, the 18-year-old member of UBC Okanagan Heat is among 14 players and two liberos chosen to play for the national junior team. 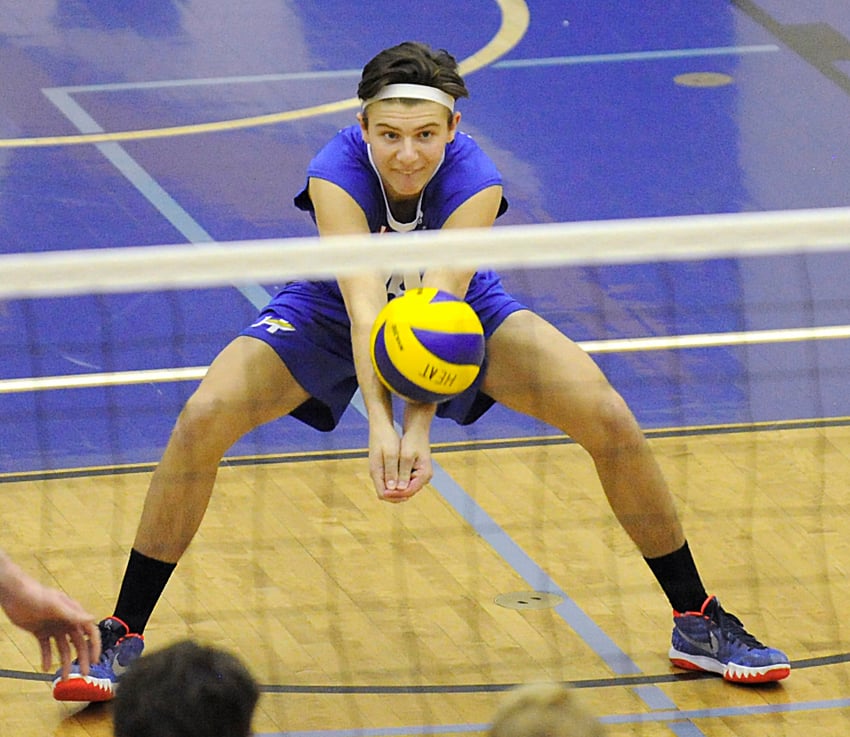 The only player from B.C.on the squad, Risso is thought to be the first-ever male volleyball player from Kelowna to make the Canadian junior roster.

Informed that he had secured a berth on the team in a two-minute meeting with junior national coach Gino Brousseau and senior Canadian head coach Glenn Hoag on Thursday, Risso said he was relieved more than anything that he was among of the chosen ones. 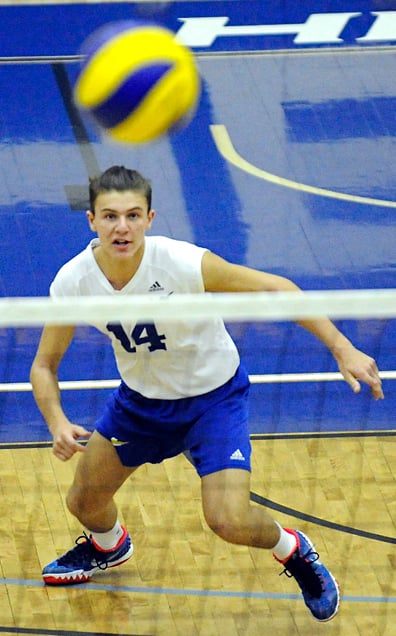 “After the initial excitement, I was grateful for making the team because of all the people who encouraged and helped me get here,” said the CIS Canada West all-rookie team member. “Of course my family has been unbelievably supportive all the way through and my teammates and former teammates — especially during the past three weeks of training — have really stepped up. It was a group effort.”

Risso and his new teammates will continue working out at the national training centre in Gatineau for the next three weeks in preparation for the NORCECA Continental Championship (July 5-10) which will serve as a qualification for the 2017 U21 world championship. Canada will be looking to secure one of two spots at the Worlds for a fifth straight time.

From what he experienced at the national camp, Risso said it’s hard to believe the Canadian team won’t be a contender for a berth.

“While the camp was everything I expected, I just didn’t realize how high the skill level would be and especially how much fun it would be playing at that level.” 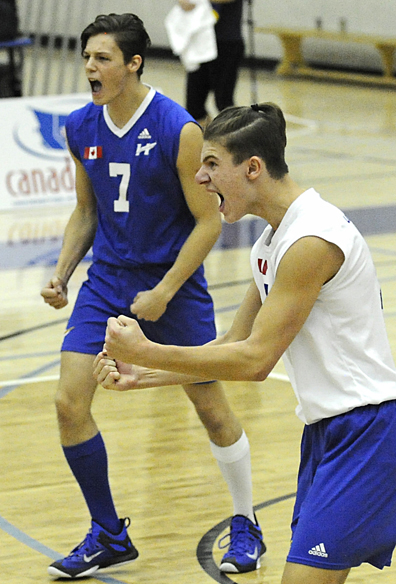 That said, the Kelowna Secondary School graduate, who won the starting job with the UBCO Heat last fall, made sure to put in the work to give himself the opportunity to make the national team.

He trained two to five hours every day for three weeks at the UBCO gymnasium with Heat teammates and former high school teammates in preparation for the Canadian camp.

“I had never worked harder in my life before a camp and even adjusted my sleeping schedule so I’d be ready for the three-hour time difference. Getting up at 7:30 in the morning after the school year isn’t really my thing. And sometimes I had to drag Devon (Heat teammate Cote) out of bed to come out and help.

“I knew what I had to do to improve (serve receive, defence and positioning) to set myself apart from the rest of the competition (there were six liberos at camp). I think I made some major strides in the three weeks,” added Risso, who is also appreciative of Heat coach, Greg Poitras, for coming out twice a week to work on drills.

Although Risso’s is a rare feat — even for a volleyball-crazed community like Kelowna — Poitras said he wasn’t surprised his Heat rookie of the year and Kelowna Volleyball Club product made the national junior team. 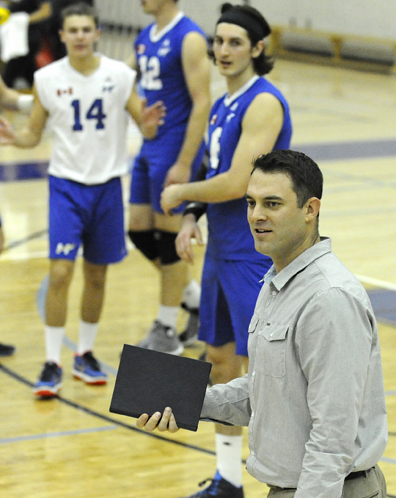 “Eli is very aware of what it takes to play at the next level and what he needs to do to close the gap between himself and the other players competing for his position,” said Poitras. “He’s not shy about putting in the work, and he was relentless in his training. In fact, I suggested he take a couple of days off, but he wouldn’t have anything to do with that.”

Poitras added that Risso’s work ethic is as intense as anyone he’s ever coached.

“Add to that his competitiveness — he comes by it honestly because I know his dad (Dave Risso, a former CIS all-star and professional player) was that way — and you have a recipe for success.”

A setter during his two all-star seasons with the KSS Owls, who earned provincial silver both years, the 6-foot-1 Risso switched to libero for his freshman year at UBCO. He was expected to ease into the position at the CIS level, but due to injuries to teammates, he was thrust into the lineup prematurely and eventually took over the No. 1 spot on the depth chart.

As was the case during the three weeks leading up to the national camp, Risso put in extra work going into his rookie season at a new position and earned his extra time on the floor with the Heat. 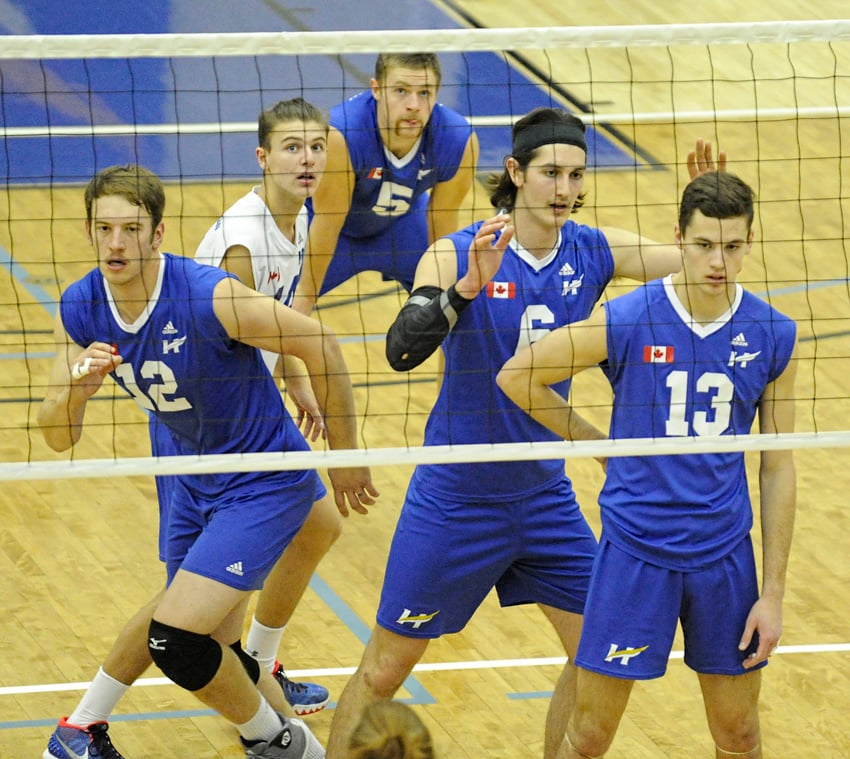 “His receiving skills improved especially, and we have to thank our opponents for some of that,” said Poitras with a smile. “They’d see this 17-year-old kid out there and figured they’d pick on him. But I’d kinda giggle about that knowing that by continuing to serve the ball to him they were just making him better and better.”

As well as his dedication to work and steadily improving skill set, Risso has been lauded by Poitras for his leadership role on the team.

“It comes naturally to Eli — he wasn’t going to sit back and be a freshman. He sets a high standard for himself and it rubs off on his teammates.”

Risso said that after the four days of training he was confident he had a good shot at surviving the final cut in Gatineau, but despite his shut-eye regimen leading up to the camp, he was too excited — and nervous — to sleep well.

“In my head I knew I had prepared well and had the best camp I’d had at any time, but then the doubts crept in. So that — and the fact that I was the last of the 41 to be called in — added to the relief I felt (on Thursday).”

Looking forward to three more weeks of training before the NORCECA championship, Risso also has his sights on progressing along the path to someday making it to the senior national team.

“At least the plan,” he said matter-of-factly.

EXTRA SERVES: Two other Okanagan-groomed players participated in the junior national camp tryouts — middle Sam Taylor-Parks, a teammate of Risso’s at Kelowna Secondary School, who was also a Canada West all-rookie team selection at Thompson Rivers University — and Logan Mend of Naramata and Penticton Secondary, a setter with the York University Lions . . . Risso and Taylor-Parks were both members of the Kelowna Volleyball Club’s KaPow team that won a B.C. U18 club championship last summer.