A pair of Surrey-groomed products brings to seven the number of fresh recruits for the UBC Okanagan Heat men’s soccer team this fall.

Liam Foulger, a centre back, and Nikhil Reddy, a midfielder, are the newest signees for the 2016-17 CIS Canada West season beginning Aug. 27 on home field against the University of Victoria Vikes. 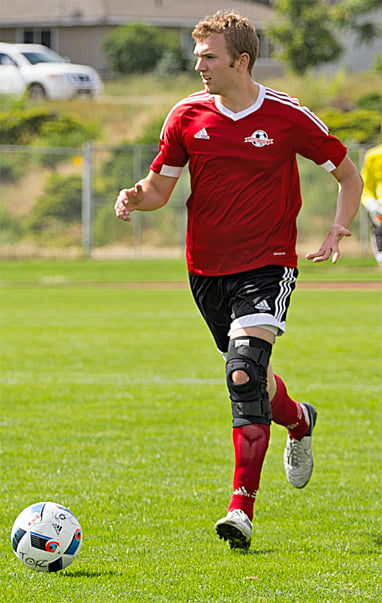 Foulger, a graduate of Prince of Wales Mini School in Vancouver and the Surrey United program, has played for the B.C. Soccer provincial team (captain in 2014) and for the past two years with the United team that reached the U18 Provincial Premier final and won the title in 2015.

Head coach Dante Zanatta and his coaching staff are pleased they were able to attract a talent like Foulger late in the recruiting season. They were looking specifically to replace graduated fifth-year centre-back, Harrison Shrimpton.

"Liam is very good in the air; he’s able to play at either side of the CB [centre-back] pairing; and he has the ability to play a good exit pass out of the back,” said Zanatta. “With his addition, we’ll have a great battle in the pre-season to see who steps up for a starting spot.”

Coming to UBC Okanagan to study Human Kinetics, Foulger says the academic side of his college career was as big a factor in the decision as was athletics. He chose UBCO “because it was a good fit academically, one of the top schools in the country with programs I wanted, and athletically because there is a great coach with a good team bringing in lots of quality players.”

“I’m super grateful and excited for the opportunity to play and study at UBCO,” said Foulger after having signed with the Heat. “I look forward to making a positive impact on the team.” 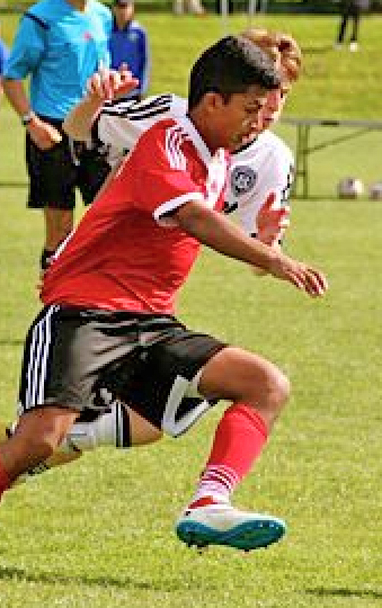 Meanwhile, Reddy spent five successful seasons in the Vancouver Whitecaps minor system, while he returned to his Surrey FC side this past season.

Reddy, a 5-foot-8 midfielder, sees his game-changing passes through the middle and his solid defensive play as his major attributes.

“Along with my consistency, I believe I possess a high in-game IQ that allows me to read the game quicker than many other players,” notes Reddy. “Coming in as a freshman I’m excited to have the opportunity to make an impact in every game this upcoming season and to help UBCO become one of the best teams in the CIS.”

Coach Zanatta believes he has found a good fit with Reddy for his Heat squad.

"Nikhil has all the qualities we’re looking for in a midfielder that our team requires to make the step up in Canada West soccer, especially with the losses of Manny Straith and Dylan Abbott."

"We look forward to working with Nikhil and helping him raise the level of his game," added Zanatta, entering his sixth season with the team.

A former teammate also helped Nikhil make his decision to join the Heat.

“I am looking forward to playing alongside Jeevin Kang, who I have played with at Surrey United and the Vancouver Whitecaps Residency,” noted Reddy. “Jeevin brings that balance to the midfield that allows me to attack further up the pitch, but he can also attack while I sit back and keep the balance. I believe having played with him before brings the chemistry that will bring out the best in both of us."