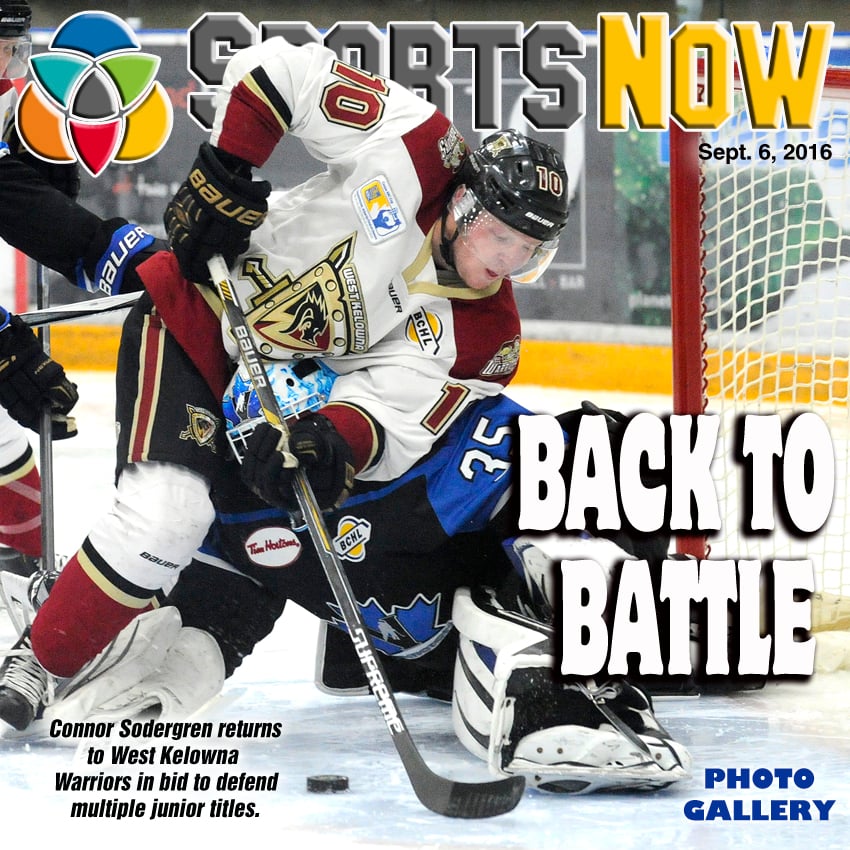 With their main camp complete and six pre-season games behind them, the West Kelowna Warriors’ roster is still being refined as they embark on their quest for a second consecutive Royal Bank Cup title.

Two wins over the Salmon Arm Silverbacks, a tie and a loss to the Penticton Vees, and two losses to the Merritt Centennials in exhibition play dealt West Kelowna a 2-3-1 record – results that hint that the Warriors’ lineup is still in need of some fine tuning while they continue to recover from some major off-season personnel losses. 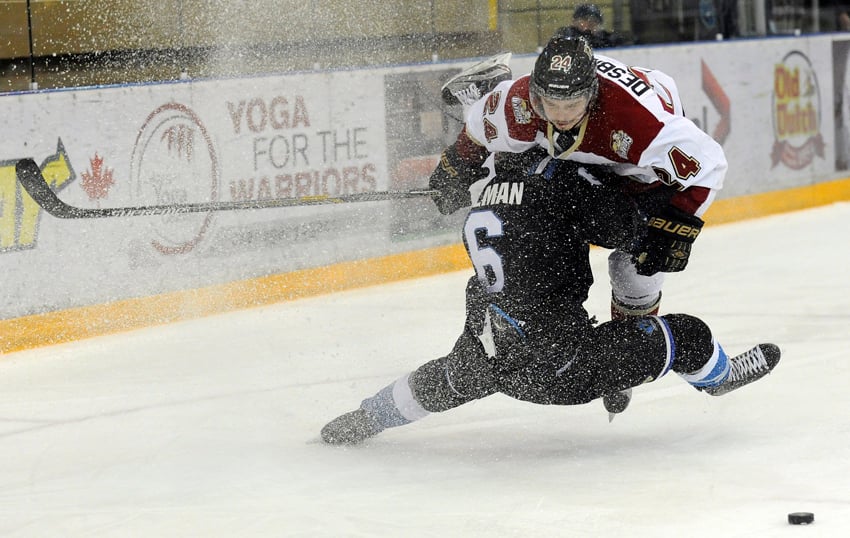 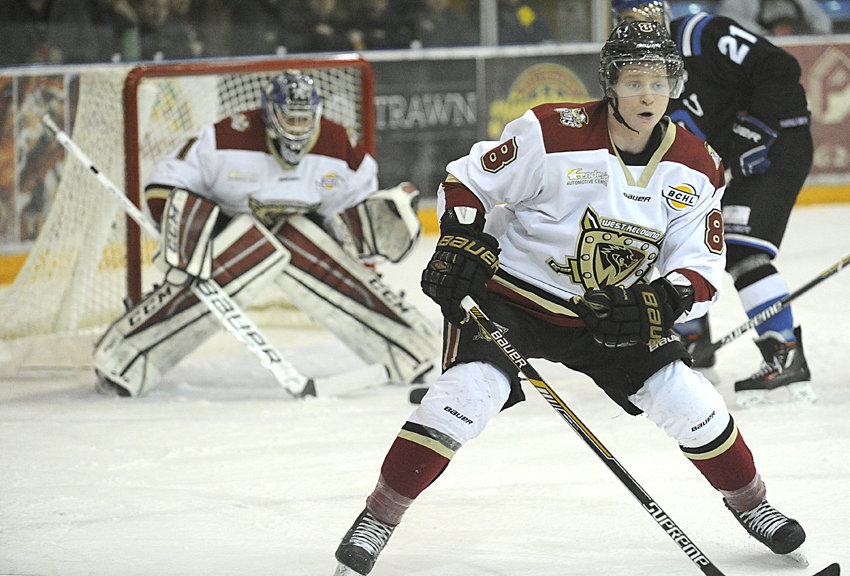 Captain Kyle Marino’s departure meant the Warriors needed to name a new leader to wear his “C”, and that role has since been assumed by Nicholas Rutigliano. The 20-year-old American-born defenceman is entering his third season with the club, and had 24 points in 58 regular season games for West Kelowna last season.

Additionally, the Warriors also lost players to Canadian Interuniversity Sport (CIS). Jake LeBrun will play for the University of British Columbia Thunderbirds this year, while goaltender Matthew Greenfield has committed to the University of Calgary Dinos. Greenfield was arguably the backbone of the Warriors RBC Cup run, posting a 13-4-1 record in 18 regular season games with a 2.09 goals against average and a .938 save percentage. He then went 19-9 through playoffs, recording a 2.25 GAA and .932 SV% over 23 total games between the BCHL playoffs, the Western Canada Cup and the RBC Cup. 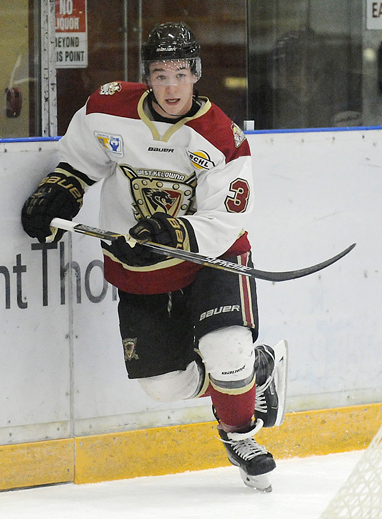 Meanwhile, Keelan Williams, who replaced an injured Greenfield for eight games through the BCHL final, Western Canada Cup, and RBC Cup for the Warriors, plans to rejoin the club in November after rehabbing an undisclosed injury.

“We don’t know which goalies will be there yet, to be perfectly honest,” said Warriors head coach, Rylan Ferster. “That’s still one position that’s up in the air.” 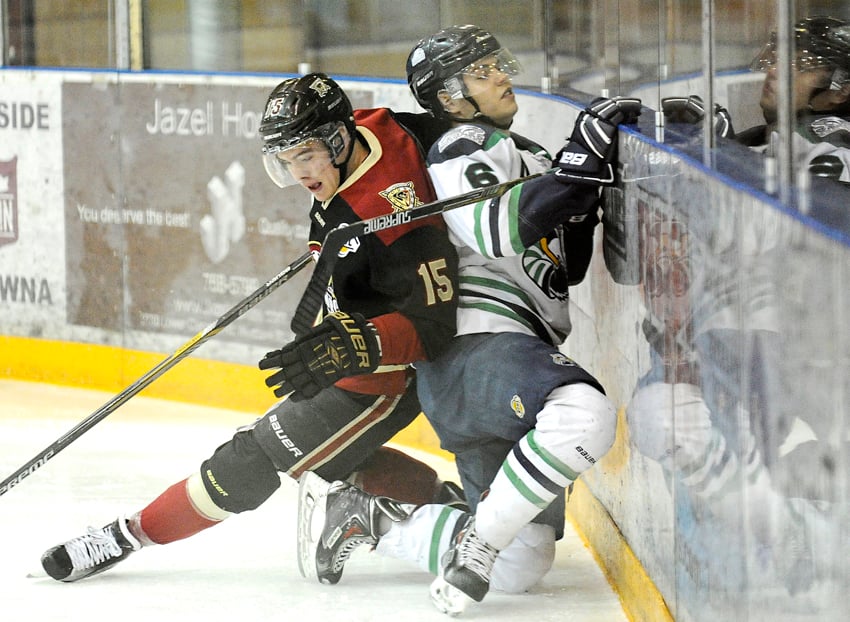 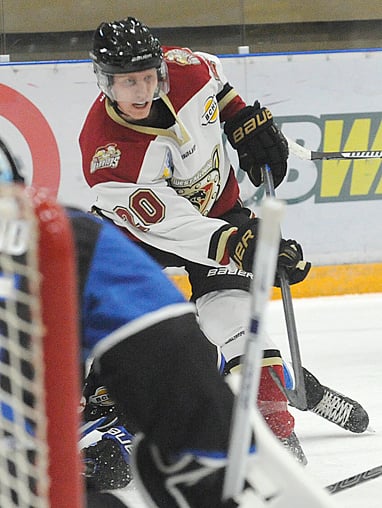 “We want guys like Reed Gunville and Jared Marino to move up in our lineup and play more of a role,” Ferster said. “Conor Sodergren and Quin Foreman played big roles for us last year, so we will expect them to play those roles for us again. Hopefully we’ve recruited well and brought some guys in that can play around those guys. But camp is not officially over yet, so we still have guys battling for jobs. Local guys like Jordan Todd are right in the mix. He’s played really well. Jordan Robinson is another local kid who’s looked really good. Mitchell Barker has already looked good in games. He has that veteran presence, and plays a 200 foot game. If you ask most coaches, the one thing they’ll all say they want is as many 200-foot players as they can get.”

The Warriors begin their national title defence on Friday (7 p.m.) as they open up the 2016/17 BCHL regular season against the Trail Smoke Eaters at Royal LePage Place with their 22-man roster – a night where the team will also raise their BCHL Interior Division, BCHL, Western Canada Cup, and RBC Cup championship banners to the rafters. 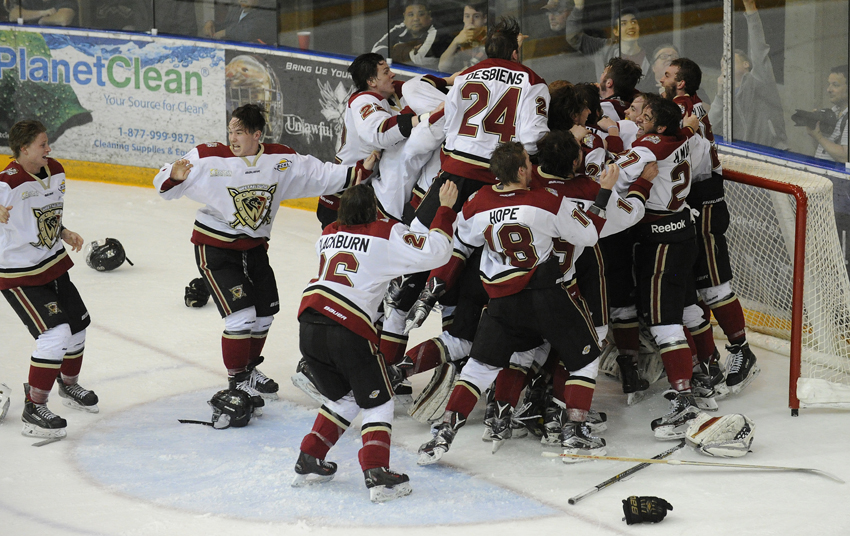 Though winning a second straight title remains on their agenda, coach Ferster insists that a repeat RBC Cup championship is not at the forefront of the team’s goals. Reestablishing their Junior A supremacy will require a step-by-step process of ascension.

“You have to set little goals,” Ferster said. “The first one is you need to make the playoffs. This is arguably the best division in junior hockey, so that’s a feat in itself. It’s such a battle every night. If you clinch a spot, then you want to be hitting your stride when playoffs come around. Then you want to win a round, and then your division. Every Junior A team in Canada wants to win the Royal Bank Cup. I think if you look too far ahead, you lose sight of what’s right in front of you.”