Pickleball is becoming more and more popular with every day.

The West Kelowna Pickleball Club (WKPC) is a great example of that, with a membership base of 250 people. 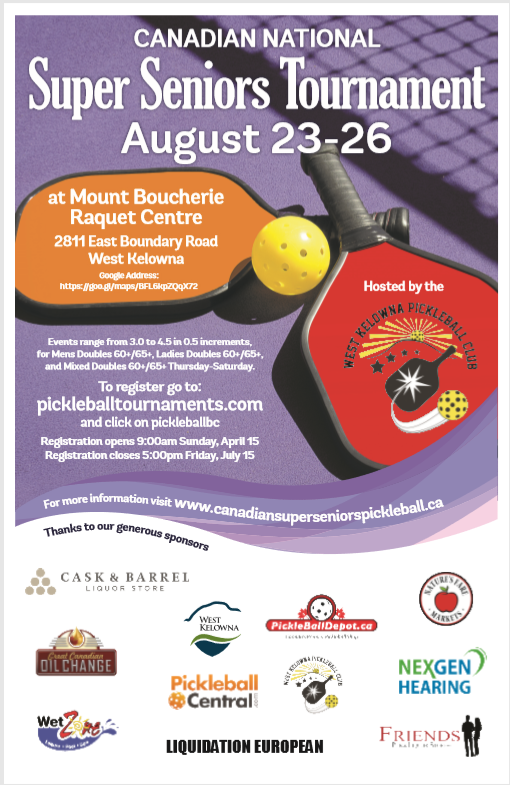 Pickleball courts have been installed at Parkinson Recreation Centre in Kelowna and the Mount Boucherie Racquet Centre in West Kelowna, which will be hosting a big tournament this summer.

The WKPC is launching the first ever Canadian Super Seniors Pickleball Tournament in Canada, which will take place from Aug. 23-26.

So far, 276 people have registered for the tournament, showing the vast interest from locals, out of province players and even some from out of country.

The men’s doubles and mixed doubles categories for 60+ and 65+ year olds have already been filled, but there is still room in the ladies doubles event.

Find out more about the tournament and the WKPC by visiting their website.