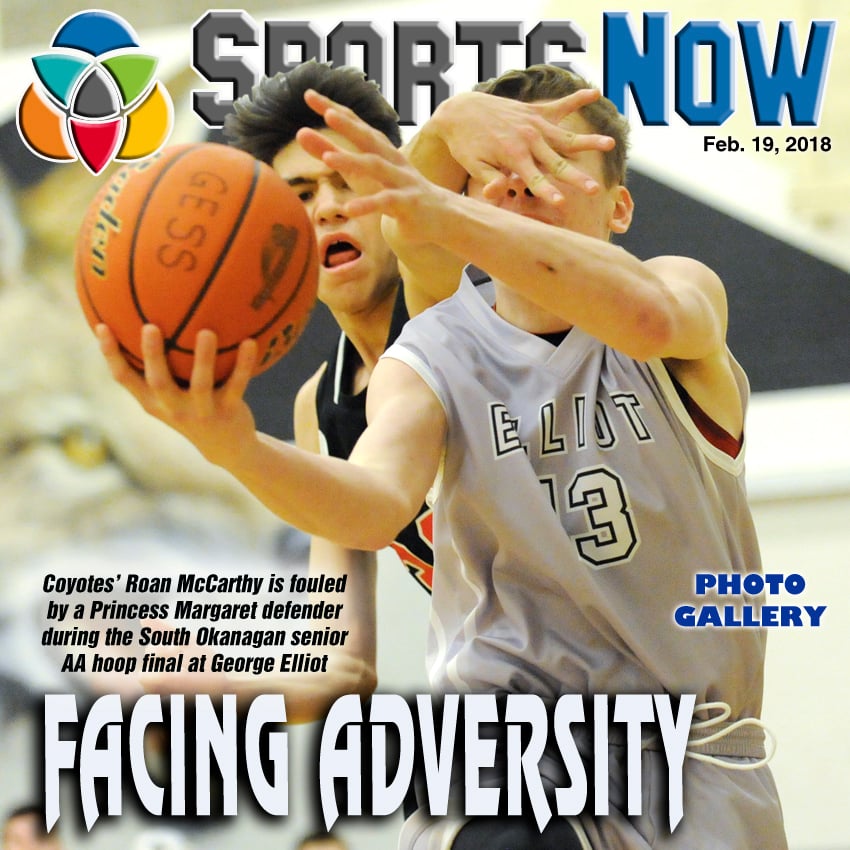 And it appears the best is yet to come for the young Lake Country team that goes into this year’s Okanagan Valley championship tournament without a Grade 12 player. 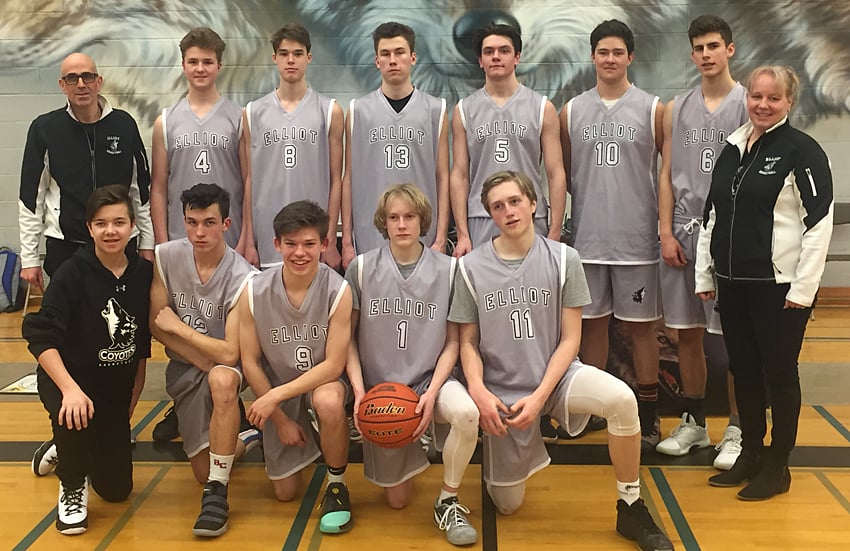 An 83-70 overtime win over the Princess Margaret Mustangs of Penticton earned the Coyotes the South Okanagan zone title on Friday and the third seed at the upcoming Valley tournament in Kamloops.

With seven Grade 11s, two Grade 10s and a Grade 9 player in the lineup, the Coyotes overcame their physical vulnerabilities and lack of scoring late in regulation time to secure the zone-final victory and a pennant George Elliot Secondary School hadn’t won since 1990. 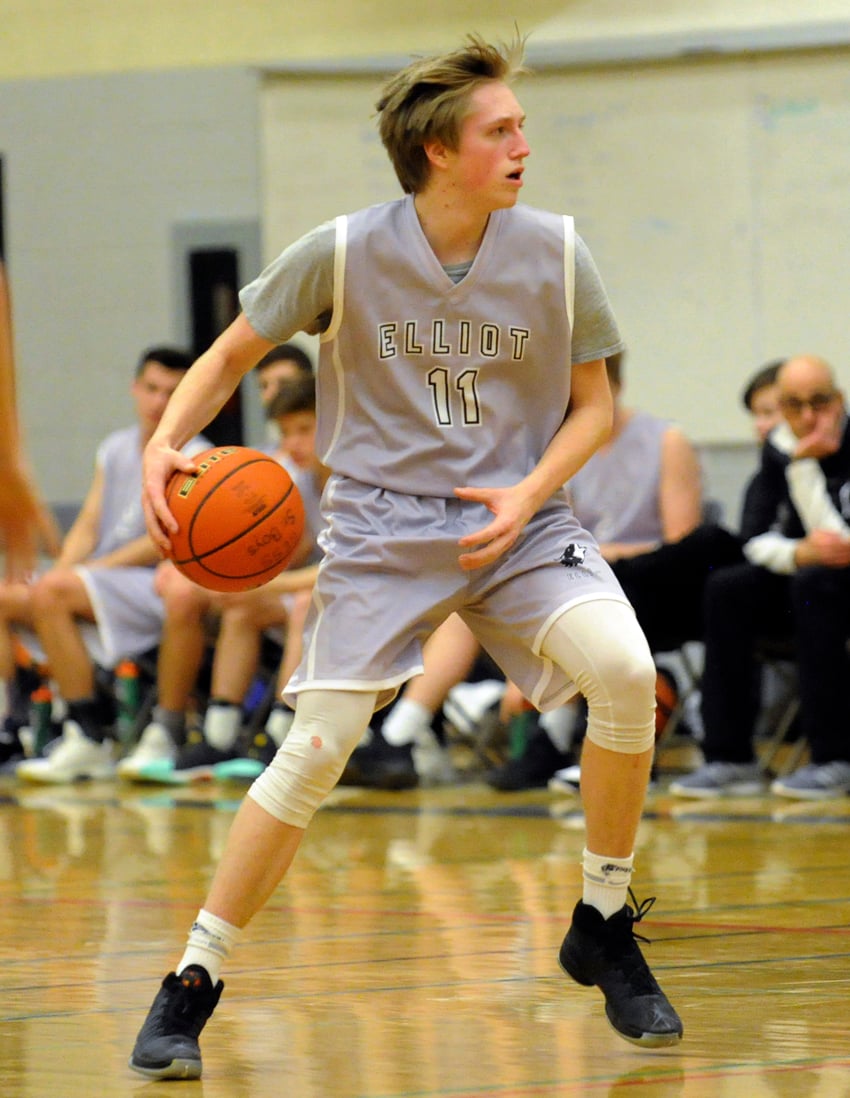 The Lake Country team, with a 6-0 record in the regular season, led by 10 to 12 points for most of the game, but with about three minutes left “forgot to score” said David Lafontaine, co-coach of the team with his wife Kathy.

Up by just two points with five seconds left, the Mustangs’ best shooter was fouled and made both his free throws to send the game into an extra frame. 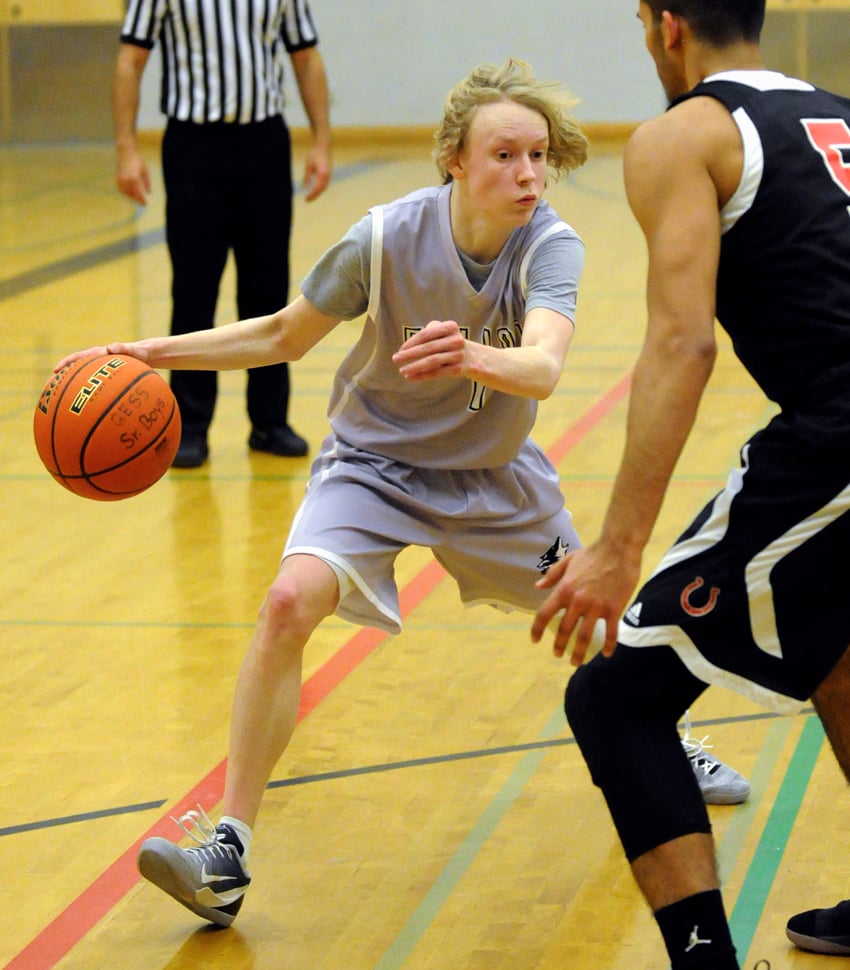 The Coyotes rediscovered their scoring touch in OT, outpointing the Mustangs 13-2.

“We are particularly pleased that we have several three-point shooters and the team is able to create open shots for them,” said David Lafontaine. “This game was a great example in that five different players contributed threes against Maggie.”

Lafontaine added that playing against an older, bigger and stronger team like Princess Margaret and most of the teams in the league has been a challenge. 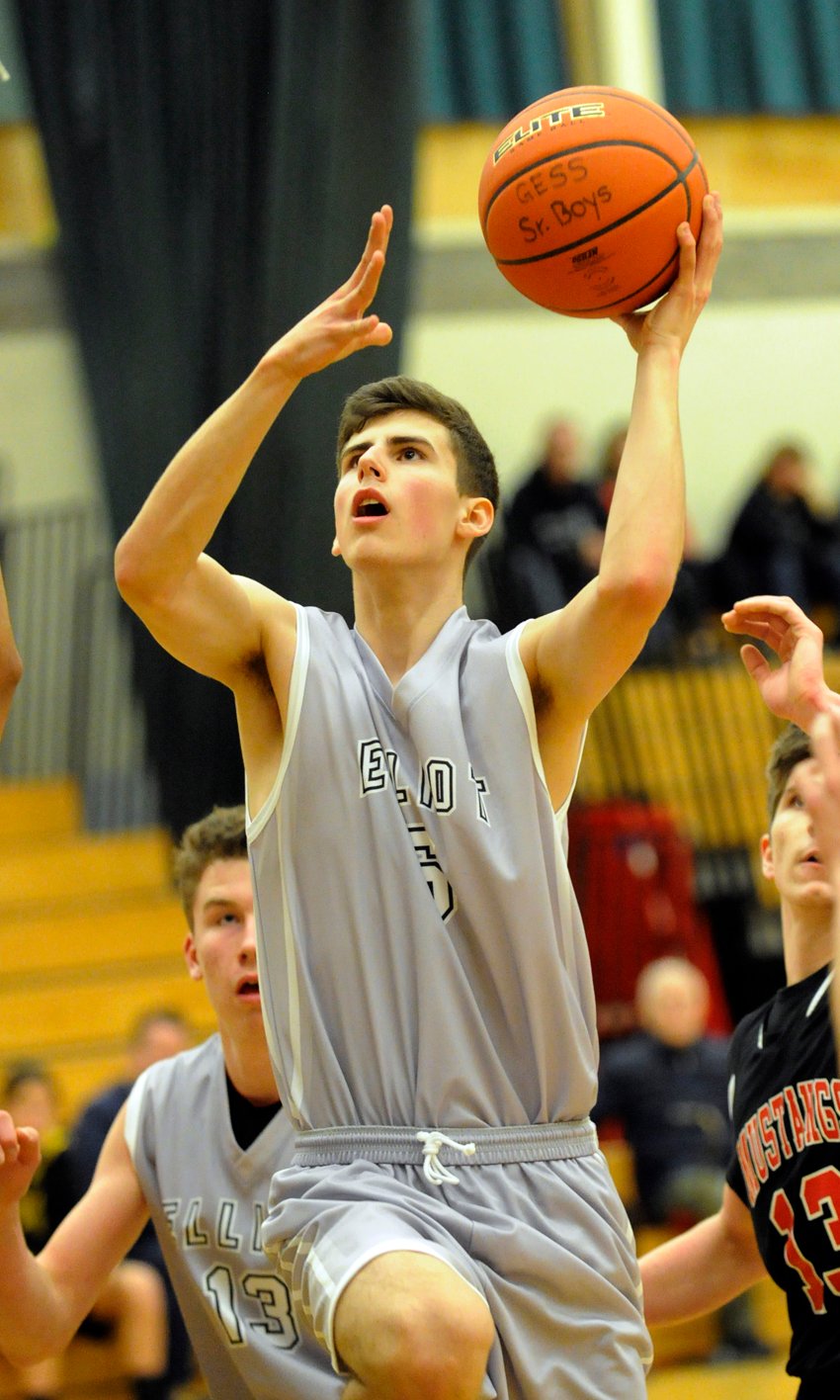 “Physicality is an issue at this stage, but the boys are battling better each and every game,” he said. “Guys like Tommy Parish and Roan McCarthy have improved their rebounding techniques over the past five weeks and that has been an important aspect of our game. Next season, with a year’s growth, we expect to show even better in the Valley and in the province.”

Nic Lafontaine, with six three-pointers, two of which came in overtime, led the Coyotes with a 30-point performance against the Mustangs while Ben Hitchens added 14 to go along with 11 by Khayden Culic. 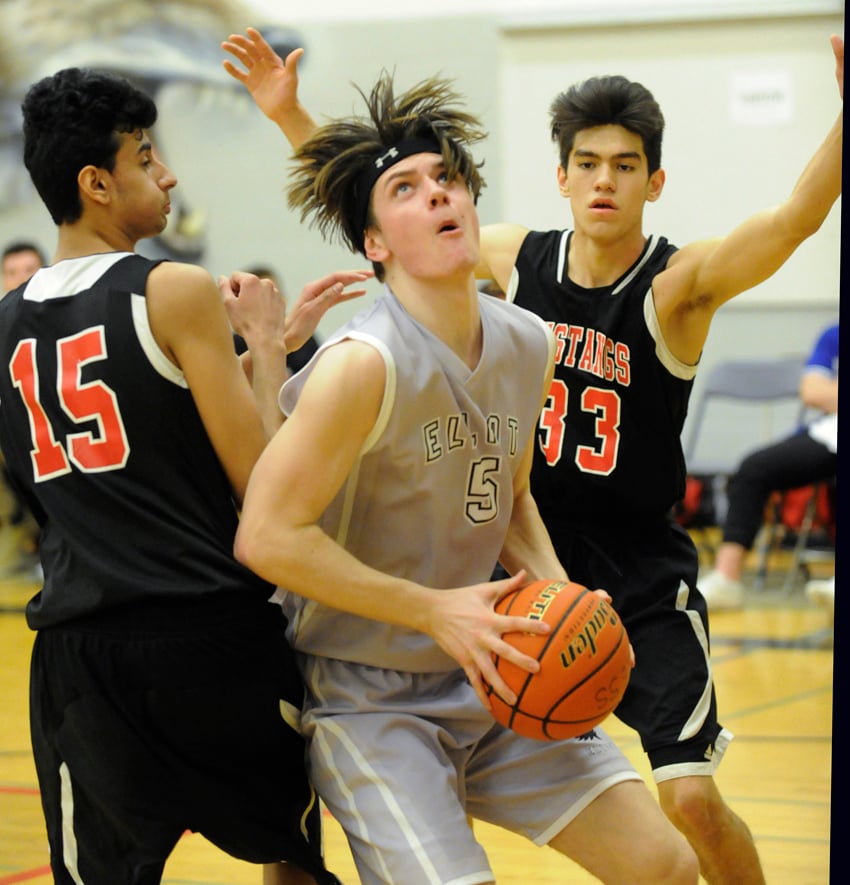 Elliot, always known better for its volleyball exploits, was coming off a tournament victory at its own Coyote Classic.

Led by Nic Lafontaine’s MVP effort, and an all-star performance by Culic, the Coyotes defeated the Aberdeen Hall Gryphons of Kelowna 102-79 in the championship game.

GESS opened with a 94-82 win over Barriere and followed by downing Kelowna’s Heritage Christian Saints 97-84 in semifinal play.

Ranked No. 3 in the Okanagan, the Coyotes will be in tough at the Valley tournament (Thursday through Saturday) in their attempt to secure one of 2 1/2 berths at the AA provincial tournament. The Westsyde Whundas of Kamloops are ranked No. 2 in the province while the Clarence Fulton Maroons are seeded eighth.