The UBC Okanagan Junior Heat bounced back from an opening loss to win three straight games at a U17 girls Prairie Elite Basketball League tournament in Edmonton on the weekend.

Made up of many of the top high school players in the Okanagan, the Heat opened the spring/summer club basketball season by dropping a 68-46 decision to the highly touted Regina Junior Cougars on Saturday. 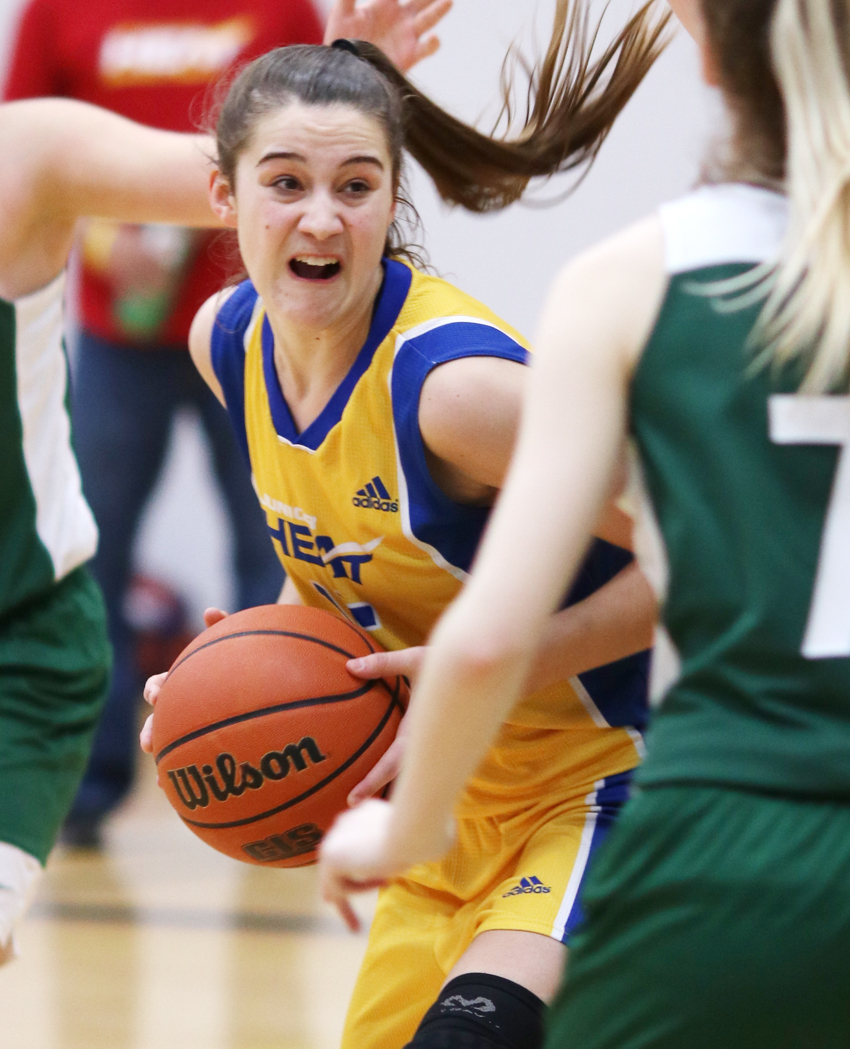 Later in the day, the B.C. representatives — a guest team in the Canada West-affiliated PEBL — defeated the Lethbridge Junior Pronghorns 59-44 and downed the Grant MacEwan Griffins 89-47. The Heat closed weekend play on Sunday by edging the Saskatchewan Junior Huskies 87-85 in overtime.

In their only loss, the Heat received a 13-point, five-rebound effort from Vernon’s Kelsey Falk while Jaeli Ibbetson, a member of the 2018 B.C. triple-A champion Kelowna Owls, added 11 points and eight boards. Naomi Kent of the Kelowna Christian School Knights, added seven points in a game that saw the Heat trailing by only four points at the half. 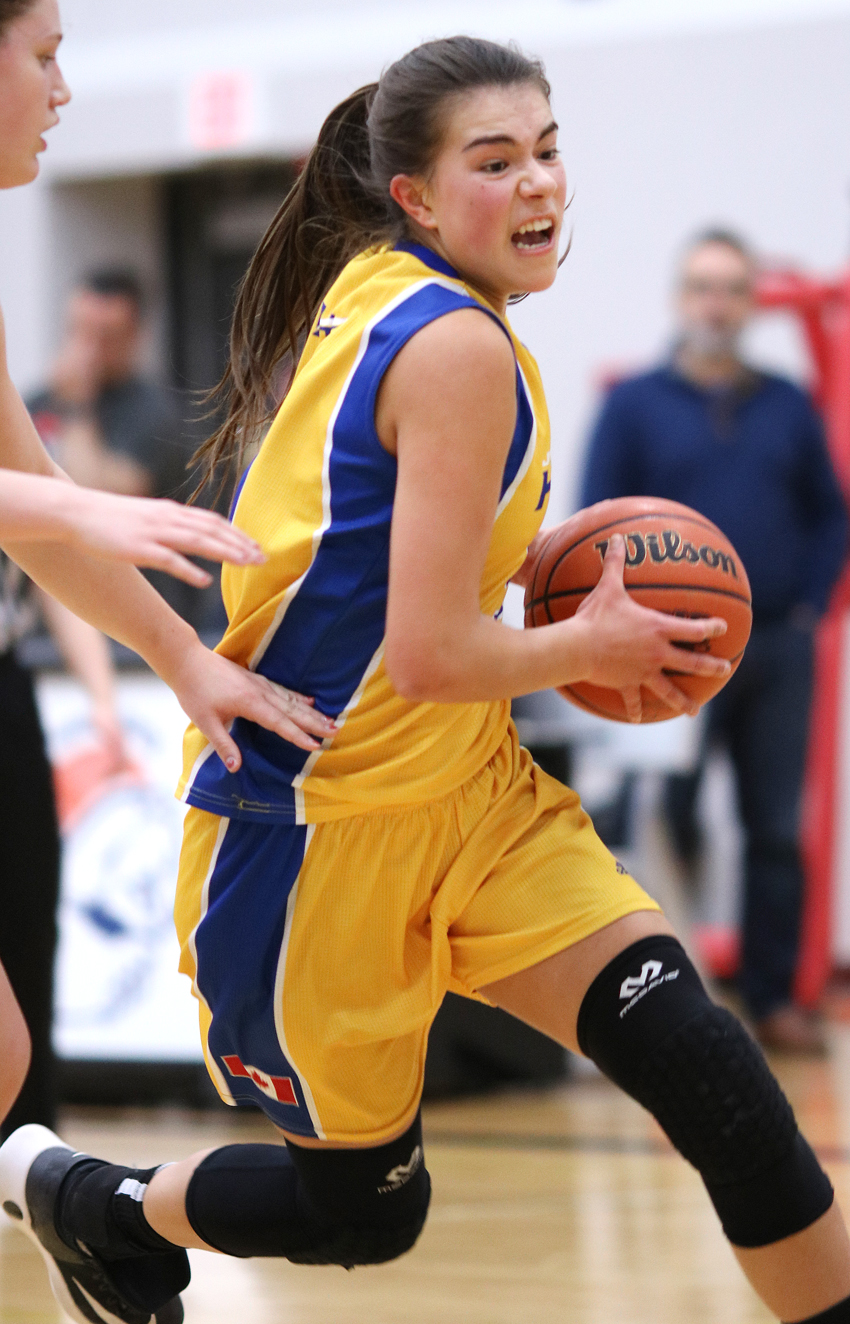 Falk’s 20 points and eight rebounds set the pace for the Heat in their win over Lethbridge. Ibbetson contributed 15 points and grabbed seven rebounds while Rylee Semeniuk added seven points and Jordan Kemper (KSS) was good for 10 boards.

Coach Bobby Mitchell thought his team’s response from the loss in the first game was first class.

“We cleaned up the areas we talked about between games. After being tied at the half, we used our depth to make a strong push in the second,” said Mitchell, also the lead assistant coach with the UBCO women’s team. “Lexi Corday (Summerland), Melaina Corrado (Okanagan Mission) and Paige Watson (KSS) gave us some great plays on the defensive end that really allowed us to open up the game.” 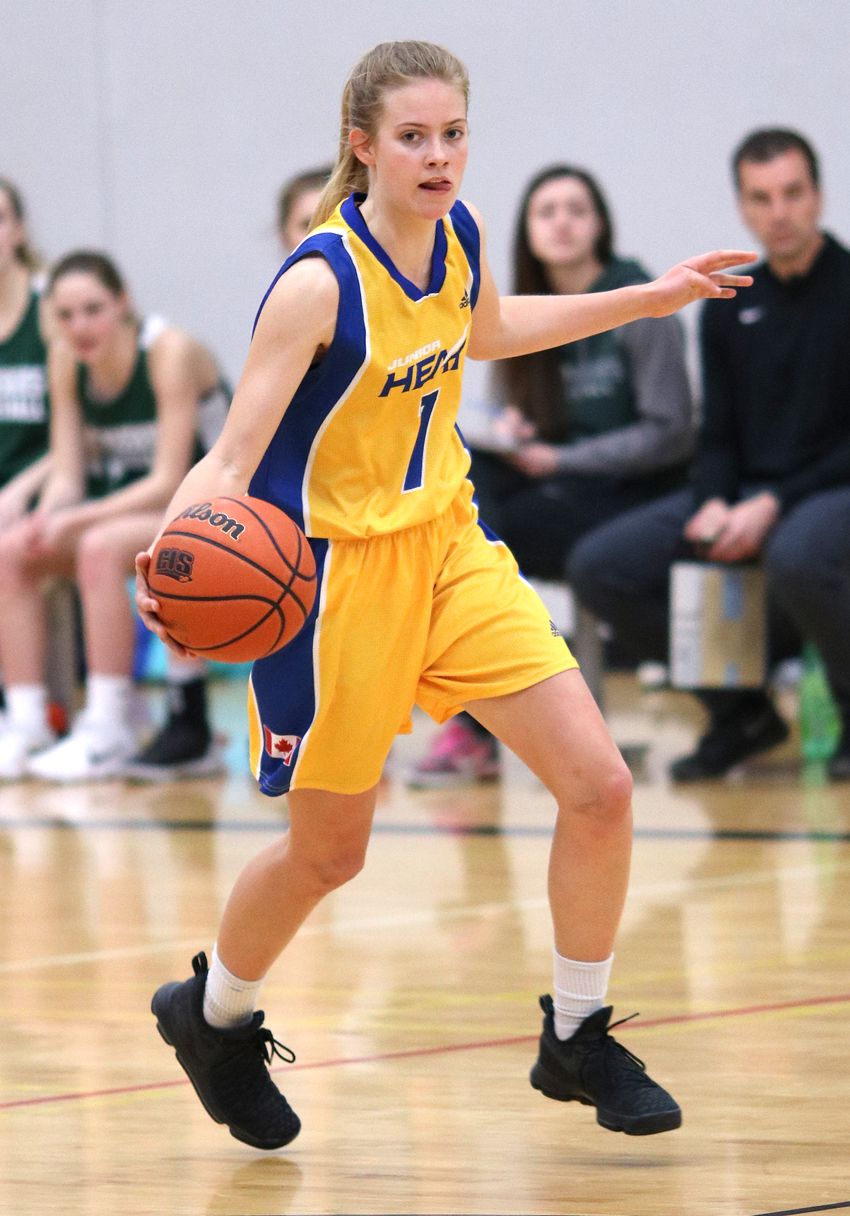 The Heat’s depth played a big part in their third game on opening day, with all 11 players contributing on the scoresheet against MacEwan.

Ibbetson posted a double-double with 16 points and 11 rebounds while Kassidy Day (KSS) added 14 points that included four three-pointers. Both Falk and Kemper chipped in with 13 points.

The final game of the weekend saw the Heat hold the lead most of the way — their biggest margin being nine points in the second quarter. But Saskatchewan battled back and took a four-point lead with four minutes to go in regulation time. 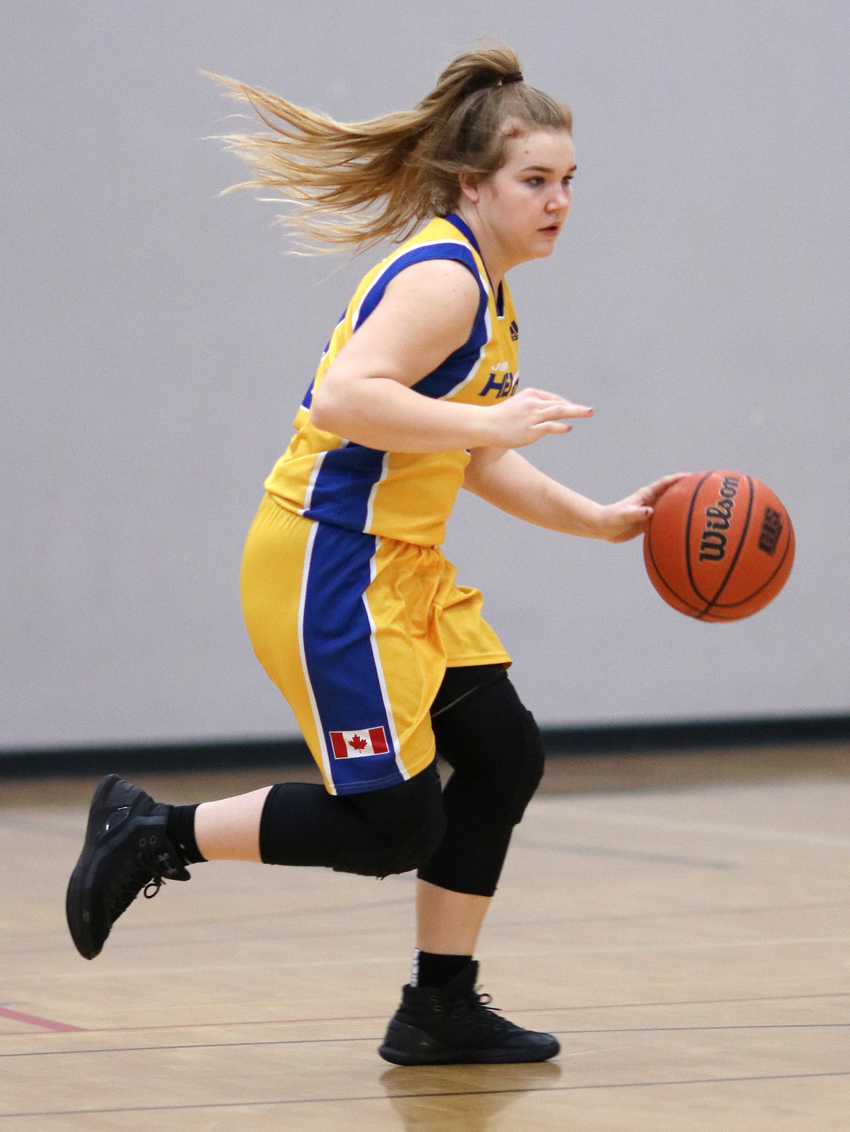 Trailing by a point with 13 seconds to go, Corrado showed great composure to feed the ball to Falk, who was fouled on her shot attempt and converted a free throw to send the game into overtime.

In OT, the game ended with a perfect lob pass from Kent to Falk, who calmly gathered it and finished at the rim for the winning basket.

“We were very happy with the weekend and finishing 3-1 against very tough teams,” said Mitchell. “Our depth, and having a number of girls who can score in any given game, will prove tough for whoever we play in the future.

“That said we have a lot of work to do and we want to keep improving.”

As well as playing in a pair of PEBL tournaments, invitational tournaments and exhibition games, the Heat will also travel to Ontario in July to play some of the top teams in that province before wrapping up the season at the National Club Basketball Championships in Langley Aug. 2-6.

PHSA’s spending authority to be limited after several concerns raised