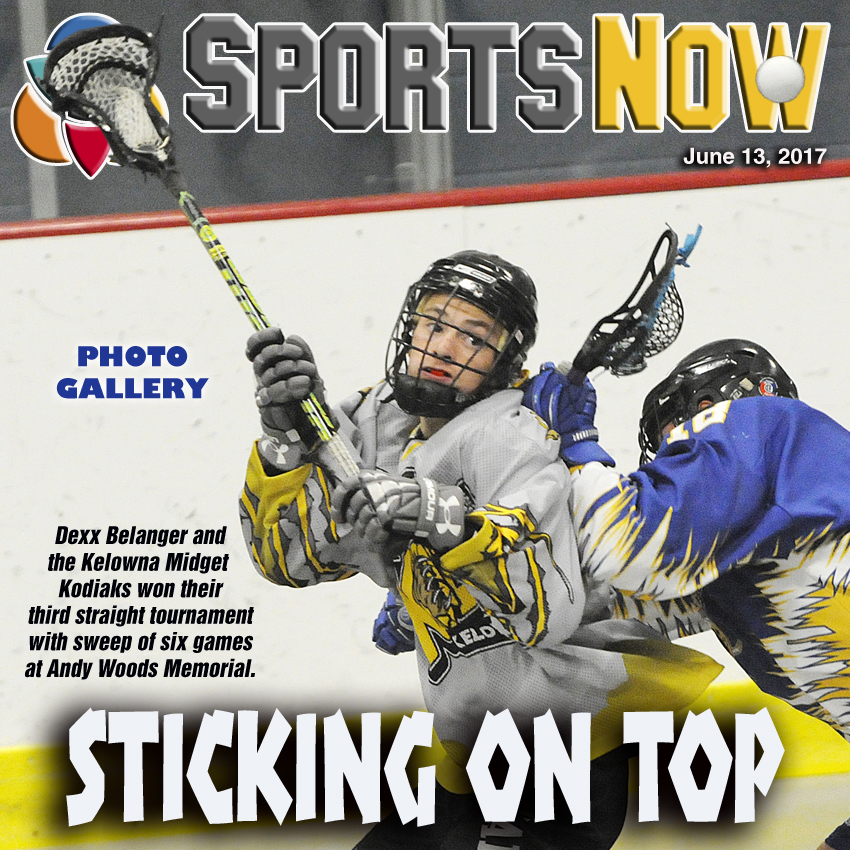 A 10-2 victory over the Kamloops Rattlers put the finishing touches on a near-perfect performance in the annual Andy Woods Memorial midget B lacrosse tournament at the Rutland West Arena. 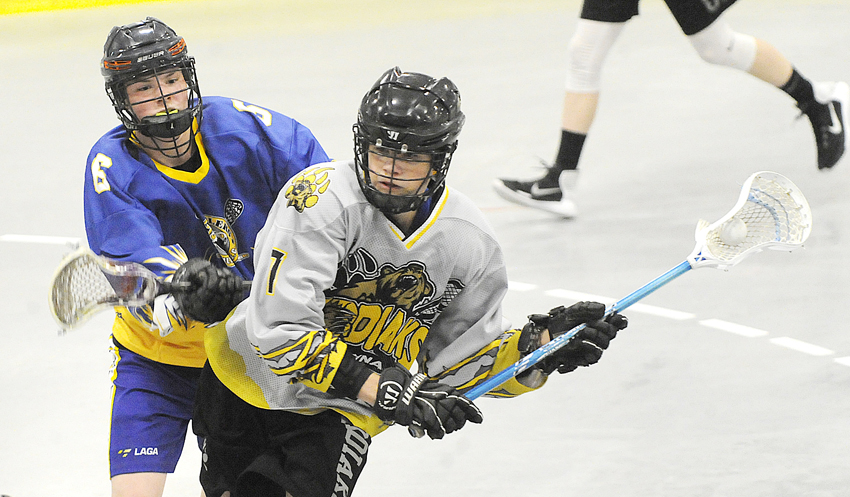 It was the Kodiaks’ third straight tournament triumph this season.

The Kodiaks earned a berth in the final by defeating Port Coquitlam 8-3 in semifinal play on Sunday. 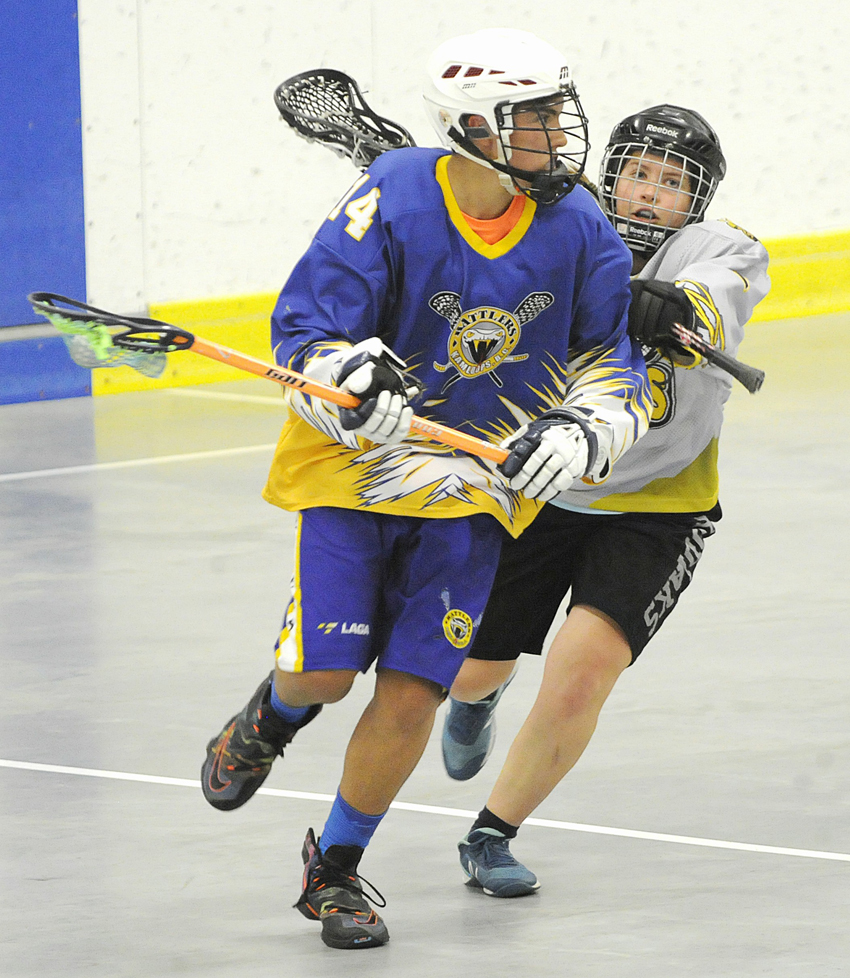 Again it was Charlton setting the pace with three goals and four assists. Johnston and Colten Wasylenko each added a pair of goals and Blake Spragge rounded out the Kodiaks’ scoring.

The hosts opened the five-team event by downing Kamloops 12-3, with nine different players scoring goals in the win. 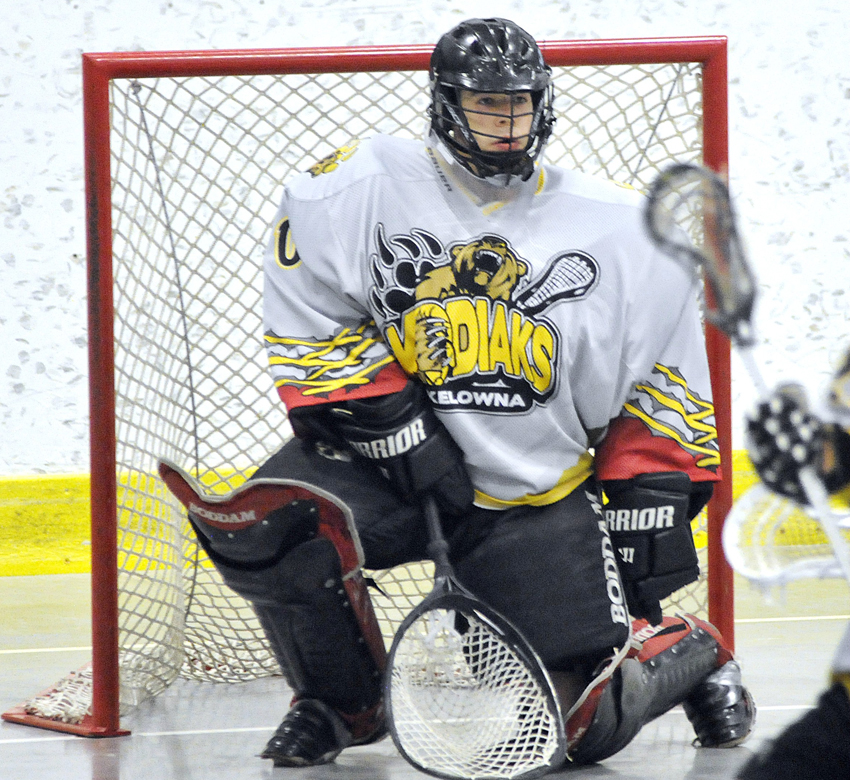 A four-goal effort by Nolan Katinic led the Kodiaks to a 12-5 victory in their second round-robin game while Zander Torres assisted on four Kelowna markers.

Swecera’s four goals spearheaded Kelowna’s 11-4 decision over West Kootenay, while he added two more goals — along with Torres, Wasylenko and Johnston — in a 10- 4 win against Chilliwack in their final round-robin encounter.

The Kodiaks have four regular-season games remaining and will play the North Okanagan Legends June 24 and 25 for the right to represent the Thompson-Okanagan at the midget A2 provincial championship tournament in Langley.

Meanwhile, 10 teams competed in the Andy Woods Memorial A Division with Surrey defeating Richmond in the final.

It’s becoming a habit — one that has the Okanagan Athletics struggling in the lower echelon of the B.C Premier (Midget) Baseball League.

For a third straight weekend, the Kelowna-based A’s dropped three of four games and now find themselves 3 1/2 games out of a playoff spot. 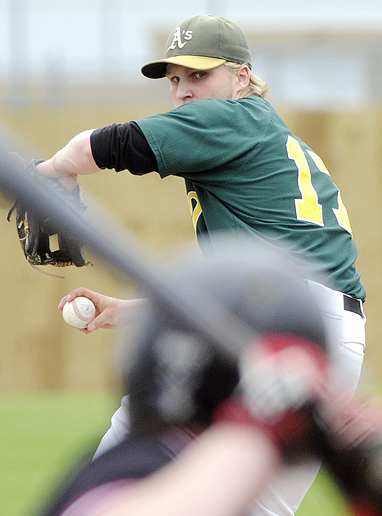 Eight runs on four hits and five Victoria errors led to an eight-run sixth inning for the Athletics, who finished with nine hits in their only win.

Adam Sarafinchan and Marcus Strother both stroked a pair of singles and drove in four and two runs respectively to lead the Okanagan offence.

The A’s Keaton Mandryk picked up his second win of the season by holding the Mariners to five hits and two earned runs over six innings. Sarafinchan closed out the pitching duties with a perfect inning that included a strikeout.

Earlier on Saturday, the Athletics connected for 11 hits, three of them by Jaden Parsons, but it wasn’t enough as Victoria replied with 17 hits of their own for the 16-7 win. Strother, Sarafinchan and Mandryk all contributed two hits in a losing cause.

Sunday’s action started with the 6-0 win by the Mariners in which they struck for 11 hits, including a pair of doubles and a triple. The A’s were limited to just two hits, one each by Colton Schaper-Kotter and Cole Van Every.

The final game of the weekend saw Victoria score all the runs (five) they would need in the first two innings on the way to the 7-4 decision. Schaper-Kotter paced the A’s with two of their six hits and drove in two runs.

Up next for the A’s is a trip to Nanaimo this weekend where they will take on the Mid-Island Pirates (9-20) for a pair of doubleheaders.

The Athletics don’t play again at home until July 8.

Lack of hitting, a rash of errors and too many walks proved a costly combination for the Okanagan Athletics in summer collegiate baseball play in Vernon and Kelowna on the weekend.

Managing just nine hits in two games, the A’s suffered a pair of losses (8-5 and 13-3) to the visiting Burnaby Bulldogs on Saturday in Vernon. And on Sunday, although breaking out for 16 hits at Kelowna’s Elks Stadium, the Kelowna-based squad committed untimely boots to fall 11-6. 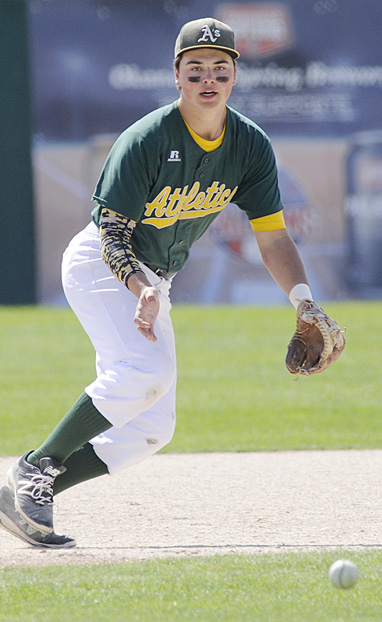 The Athletics, coming off a four-game sweep of the Trail Orioles two weeks earlier, were tied 5-5 after five innings in their opening game in Vernon, but gave up three runs in the final two innings.

The second game on Saturday saw the Athletics struggle again at the dish. They struck out 14 times while connecting for only six hits.

The pitching combination of starter Brandon Becking, Zac Yandeau and Wyatt Hummell gave up a total of 14 hits to the Bulldogs, who also took advantage of eight bases on balls.

On Sunday, the A’s put together a better offensive effort (16 hits), led by McCoy Pearce's 4-for-4 performance. Jeremy Buckley and Brandon Graham both punched out three hits in a losing cause.

The A’s got off to a quick start, going up 5-0 after four innings with starting pitcher David Tongue on the mound. But the Bulldogs responded in the top of the fifth, scoring five runs on errors to tie the game.

An Athletics run in the bottom of the inning put them back in the lead, however Burnaby scored two runs off Bo Meiklejohn and four more off Sam Stelnick their third straight win.

The A’s are back in action this weekend, playing the Trail Orioles three times at Elks Stadium. The first game is on Saturday beginning at 12:30 p.m. while a doubleheader is set for Sunday starting at 9:30 a.m.