John Tavares, Carey Price and Connor McDavid are all slated to make more than $10-million during the 2019-2020 season, but that's only a fraction of what the logo on their sweaters is worth.

The NHL's richest franchises have been evaluated in an annual list by Forbes, which once again proves hockey is a real money maker in North America.

Overall, franchise values have risen 6% since last year, with teams now being worth an average of $667 million USD.

For a fifth consecutive year, the New York Rangers retain the top spot with a value of $1.65 billion.

There are five NHL teams that are now worth more than a billion dollars, including the Toronto Maple Leafs ($1.5 billion) and Montreal Canadiens ($1.34 billion). 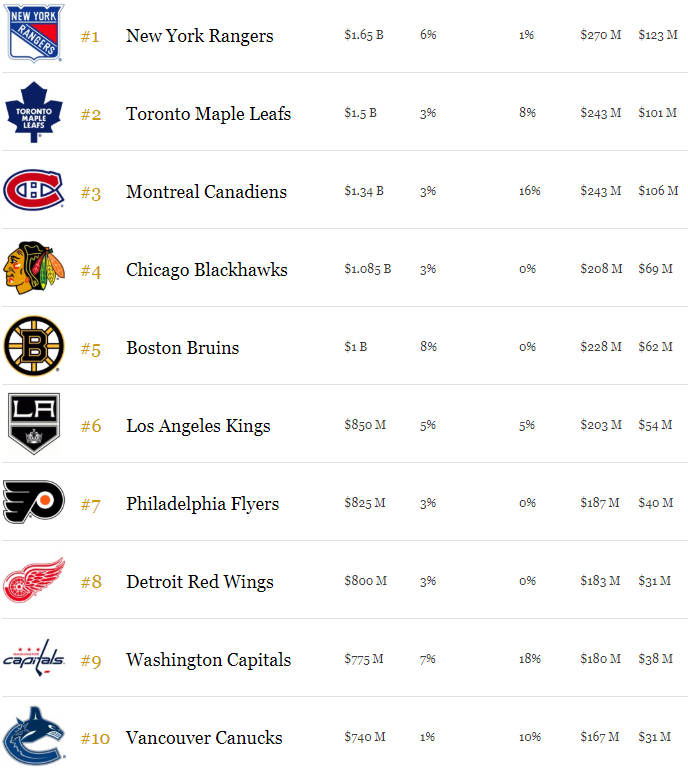 The Vancouver Canucks ($740 million) are the only other Canadian team to rank inside the top 10, while the Edmonton Oilers ($575 million) and Calgary Flames ($500 million) cracked the top 20. 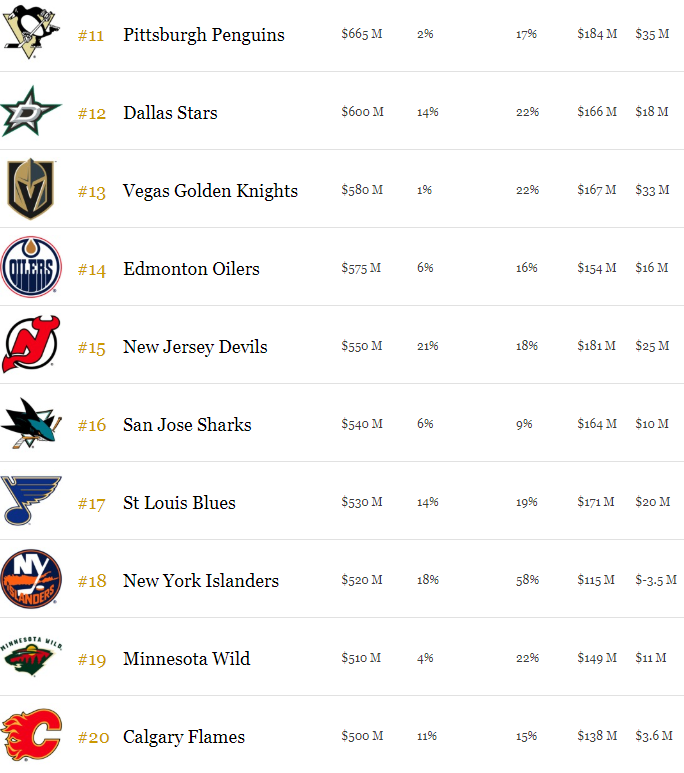 Not surprisingly, nine of the 10 lowest-valued franchises have only been in their respective cities since the 1990’s or 2000’s.

However, it is interesting that the NHL's newest team in Seattle paid $650-million to join the league yet 18 teams are worth less than that price tag. 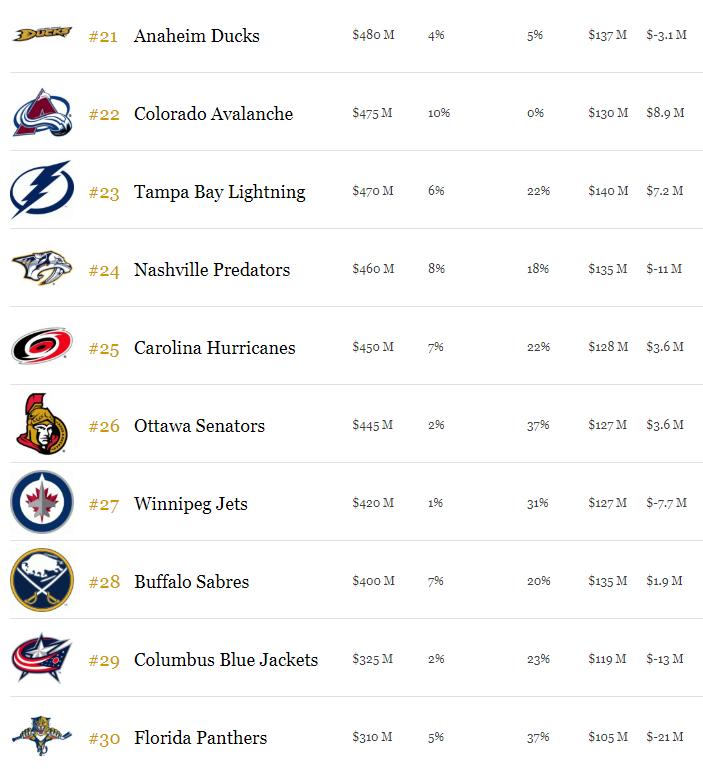