Losing four straight in the Fraser Valley a week earlier, the Okanagan Athletics rebounded for a B.C. Premier (Midget) Baseball League sweep of their own at Kelowna’s Elks Stadium on the past weekend.

Highlighted by a 16-1 domination in the series’ final game on Sunday, the A’s took four from the visiting White Rock Tritons to move closer to the .500 mark (9-11) for the first time this season. 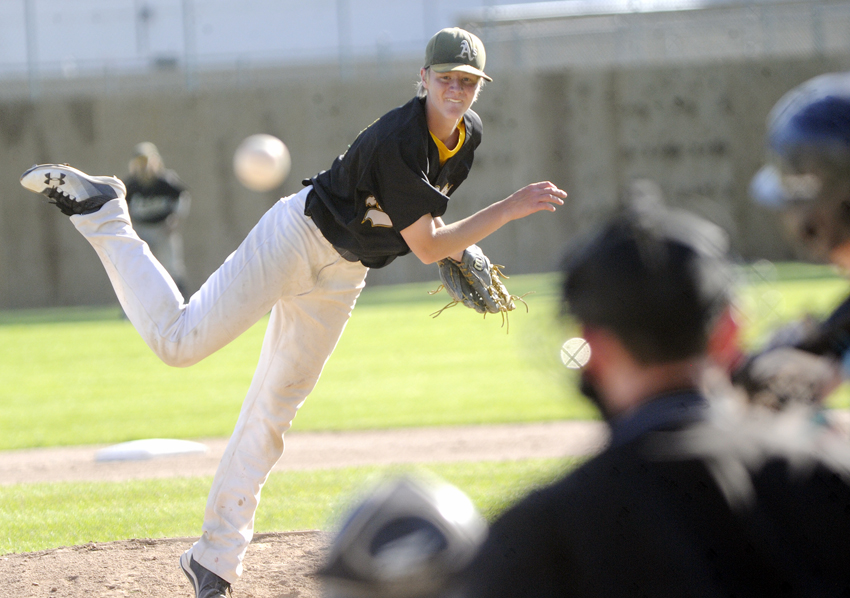 A 10-hit barrage (and 13 walks) that led to an 11-run fifth inning and a mercy-rule conclusion capped the Kelowna-based team’s winning ways.

First baseman Alex Wright of Kamloops did most of the damage against the Tritons (5-10) in the finale on Sunday, hitting a three-run homer in the fifth and finishing the day with a four runs-batted-in and three runs scored. 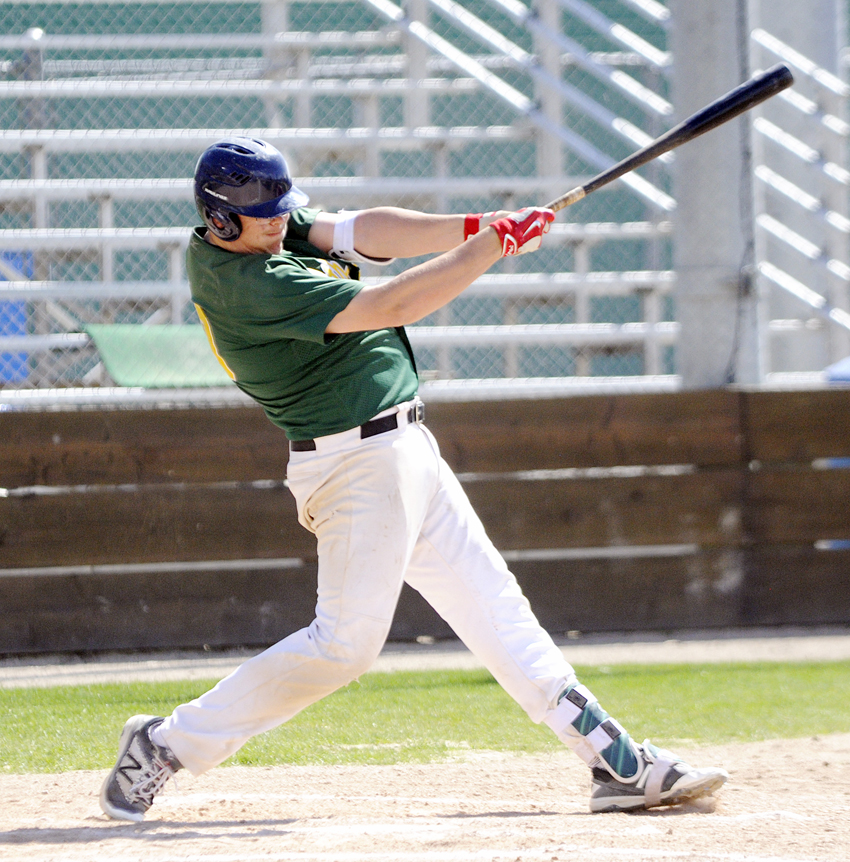 Jaden Parsons, leading the team with a .387 average, continued to swing a hot bat, driving in a pair of runs with a double while Luigi Russo of Kelowna matched that output. Carter Morris contributed a double, a single and a pair of RBI.

Defensively, Keaton Mandryk earned his first win of the season by pitching 4 1/3 innings, allowing three hits and one earned run while striking out two. Ethan Huizinga closed things off by getting the final two outs. 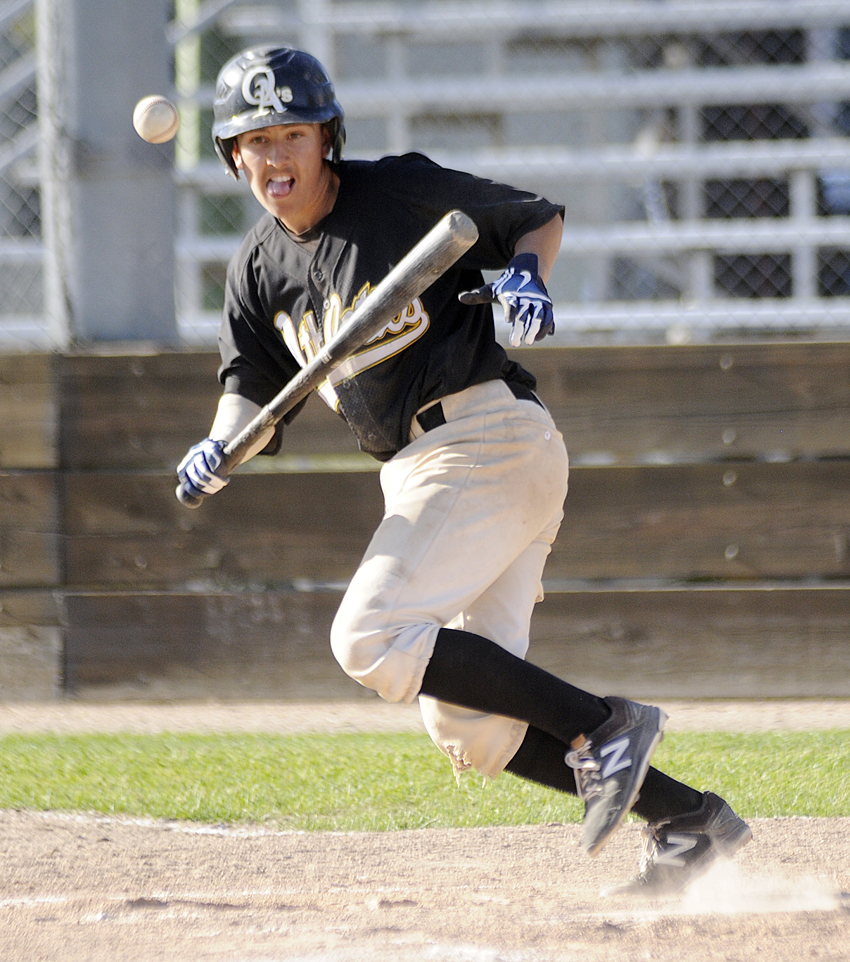 Earlier in the day, the A’s managed just six hits, but they proved enough as the hosts scored three runs in the sixth inning on the way to a 5-1 victory. Owen Alstad of Kelowna drove in one of the runs with a double while other RBI came from Parsons, Morris, Kade Kozak and Mason Glowacki.

Jackson Borne started on the mound and lasted 4 2/3 innings, giving up five hits and no earned runs while posting seven strikeouts. Noah Paterson shut out the Tritons the rest of the way and struck out three in the process. 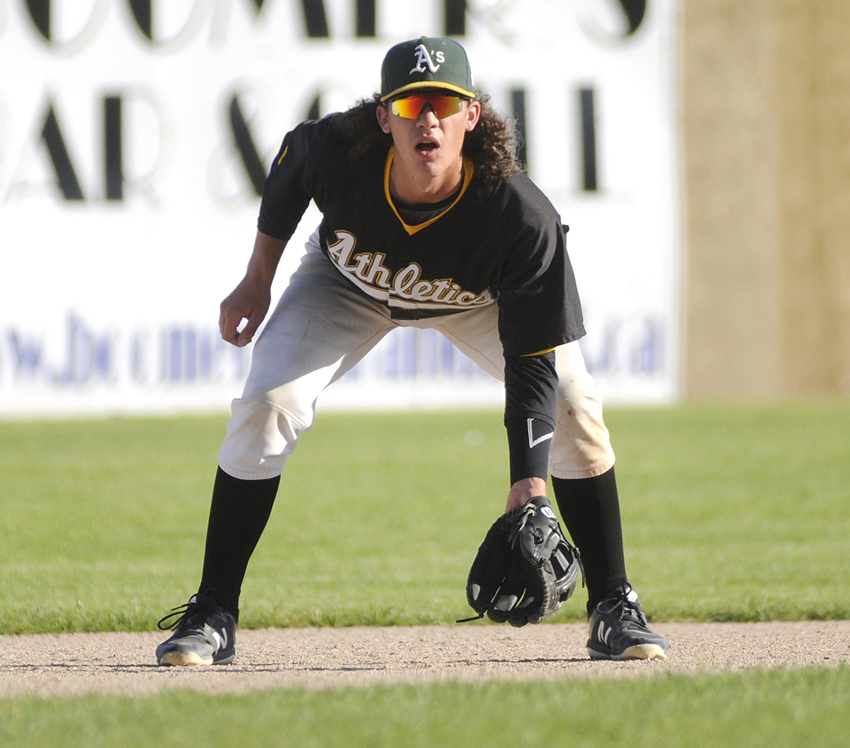 Following a one-out single by Parsons, Russo's pinch-hit, run-scoring double in the bottom of the final inning got the A’s off on the right foot in the weekend opener on Saturday as they edged the Tritons 4-3.

Although outhit 9-5 in the game, the A’s got a pair of RBI from Borne and one from Adam Sarafinchan to score a run in the first inning and two in the second. White Rock replied with a run in each of the final three innings to set the stage for Russo’s heroics. 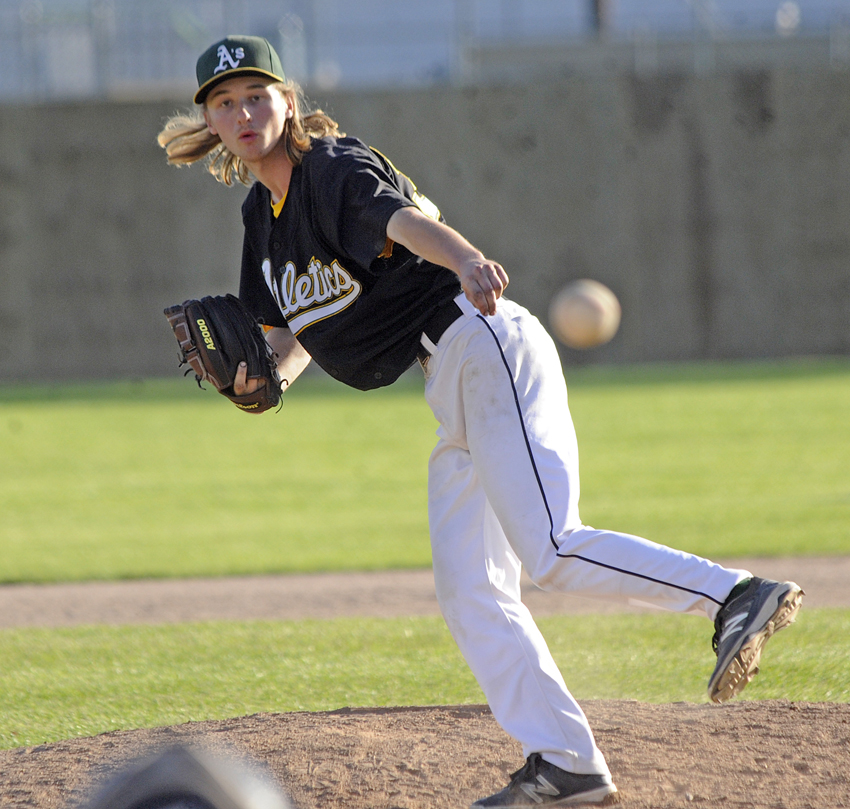 Starter Cole Van Every scattered eight hits over six innings and allowed just one earned run while striking out six batters and walking four. Paterson got the win in his one inning of work.

The second game of the series on Saturday saw the A’s make the most of seven hits and 10 walks as they scored at least one run in four straight innings (third through sixth) en route to a 6-3 win. 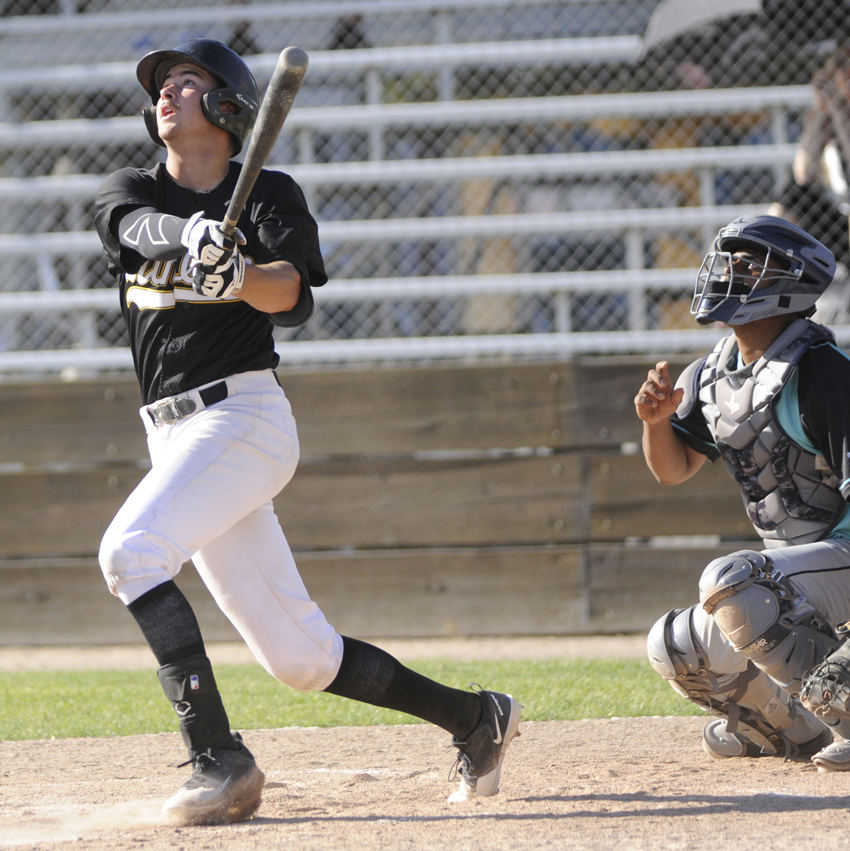 Parsons led the Athletics with a pair of singles and an RBI while Van Every drove in two runs. Morris earned the win off the rubber by going five innings, limiting White Rock to four hits and striking out nine.

The Athletics will take to the road the next two weekends, the first stop being in Victoria to take on the Eagles four times. They’re in Whalley the following weekend to meet the Chiefs in a four-game series.

The next home games for the A’s are not until June 15 and 16 when they play host to the UBC Thunder at Elks. 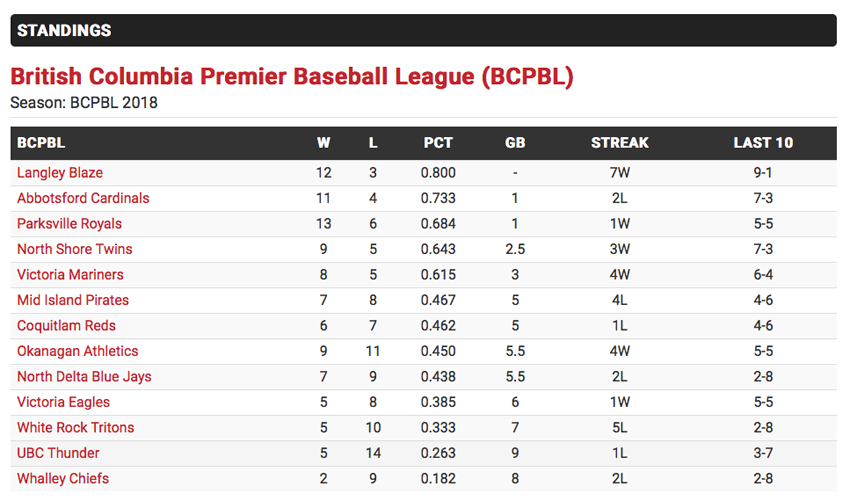