Roger Federer's final match, alongside Nadal at the Laver Cup, was everything tennis fans could have asked for

Federer competed for the final time in doubles, with his rival and friend Rafael Nadal at the Laver Cup in London on Friday afternoon. 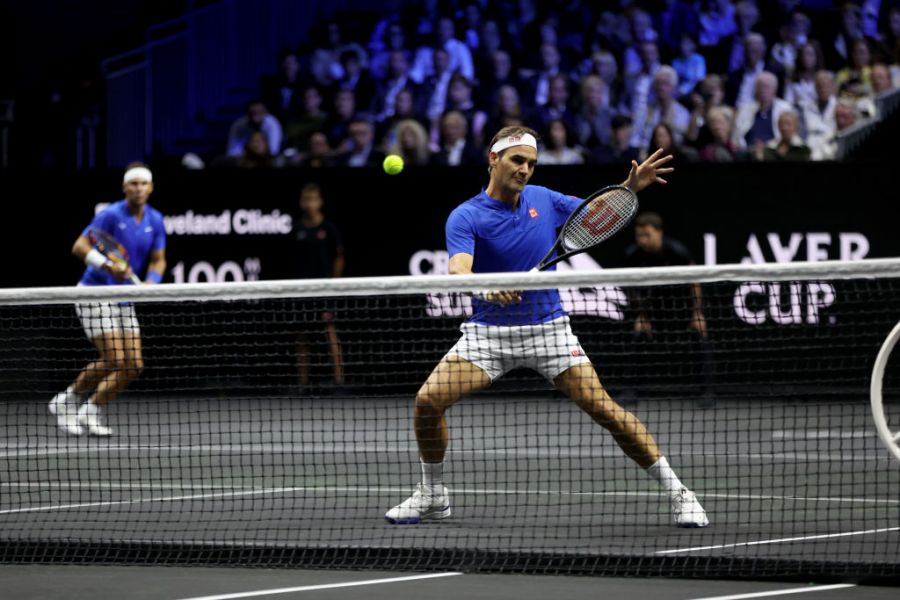 Taking on upstart Frances Tiafoe and Jack Sock from Team World, 'Fedal' representing Team Europe came out of the gate hot, winning the first set 6-4, including a what-in-the-world shot from the 41-year-old Federer that you had to see to believe.

That was far from the only zaniness in the match, as the almost two and a half hour battle featured wizardry from all four players.

The second set went the way of Team World, 7-6 (2), setting up a winner-take-all 10 point tiebreak in lieu of a final set.

Despite having a match point at 9-8, 'Fedal' was just beaten out in the end, as a Jack Sock winner clinched the victory for Team World, 11-9.

After the match, the waterworks began, with Federer unable to contain his emotions as 20 plus years of memories flooded out.

The internet then exploded with numerous tributes to the great, revered to as the most classy tennis player in history.

There will never be another Roger Federer 🏆 pic.twitter.com/bFrj1mi4Ia

Thanks for the magic! pic.twitter.com/qr9Wbw9JTf

As the first man to win 20 Grand Slam titles, Roger Federer is considered one of the greatest athletes ever. https://t.co/dwlYyWeGRH pic.twitter.com/VtAjY6QnGo

Watching Djokovic cheer on Federer and Nadal shows how silly the wars between their fan bases have been.

They are best ever, and tennis is the greatest sport.

What a celebration tonight 🫶🏼

He may not go down as the greatest of all time and will almost assuredly be entrenched into third place in the Grand Slam race (after Novak Djokovic's 21 and Nadal's 22), but it is unquestioned that the impact Federer had on millions of sports fans will last forever.