UBC Okanagan hosted the 10th annual Heat Athletics Awards Banquet at the Coast Capri Hotel Tuesday night in Kelowna. The 2017/18 season's standout performers were honoured with a range of awards, both academic and athletic, given out throughout an evening that highlighted the campus' vibrant student-athlete community.

For a list of all the nominees, click here to view the awards preview with descriptions of each award.

Most Outstanding Athlete of the Year

For the very first time, this award was shared between repeat winner Mitch McCaw (soccer) and golfer James Casorso. The Heat netminder McCaw led the conference in save percentage (.877) and finished second in goals-against average (.64). Perhaps, the most impressive stat of the season was that he did not allow a goal for 685 minutes which set a new Canada West record. 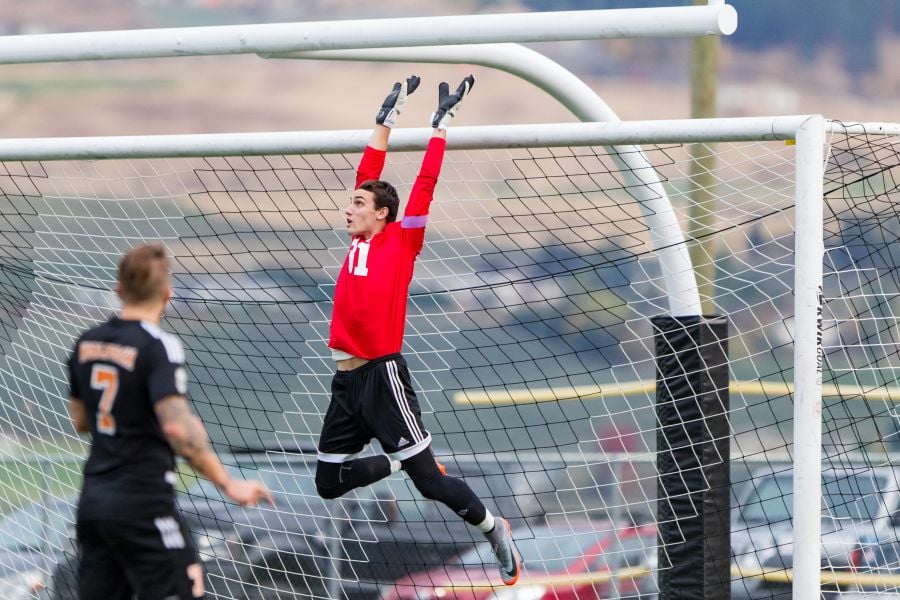 Meanwhile, Casorso led the way for the Heat golf team this season as his individual silver medal performance at the CCAA National Championship helped propel the team to their first national medal ever. He also earned an individual PACWEST bronze medal. 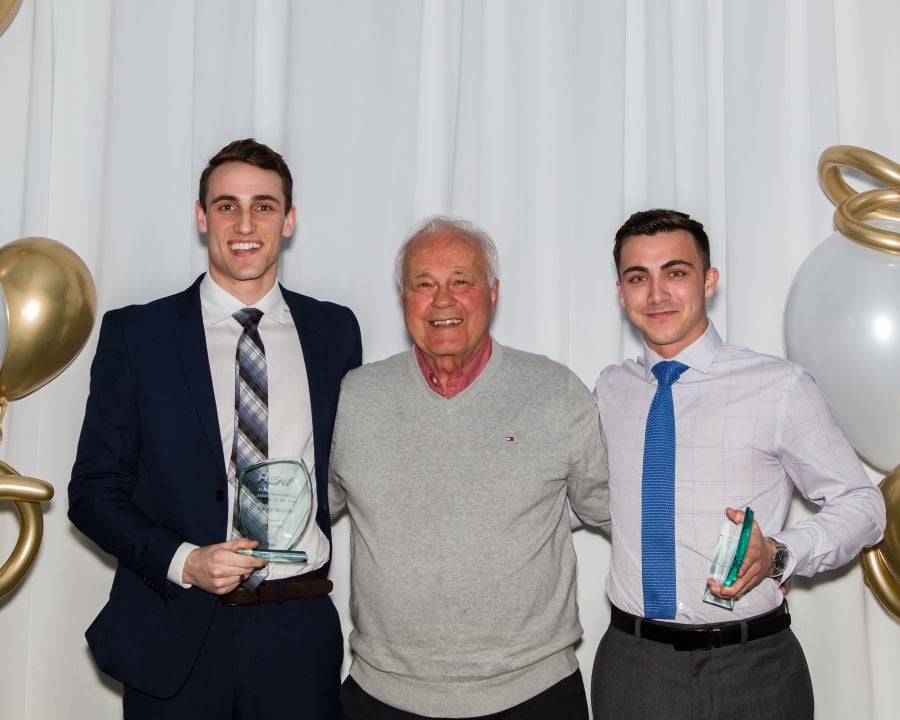 Veronika Fagan (cross country) becomes just the fourth athlete in school history to win the award in back-to-back years thanks to an individual national title at the CCAA Championship along with a team bronze medal. The CCAA All-Canadian won three of the four races on the season and was able to set a course record in all three of her wins this season. 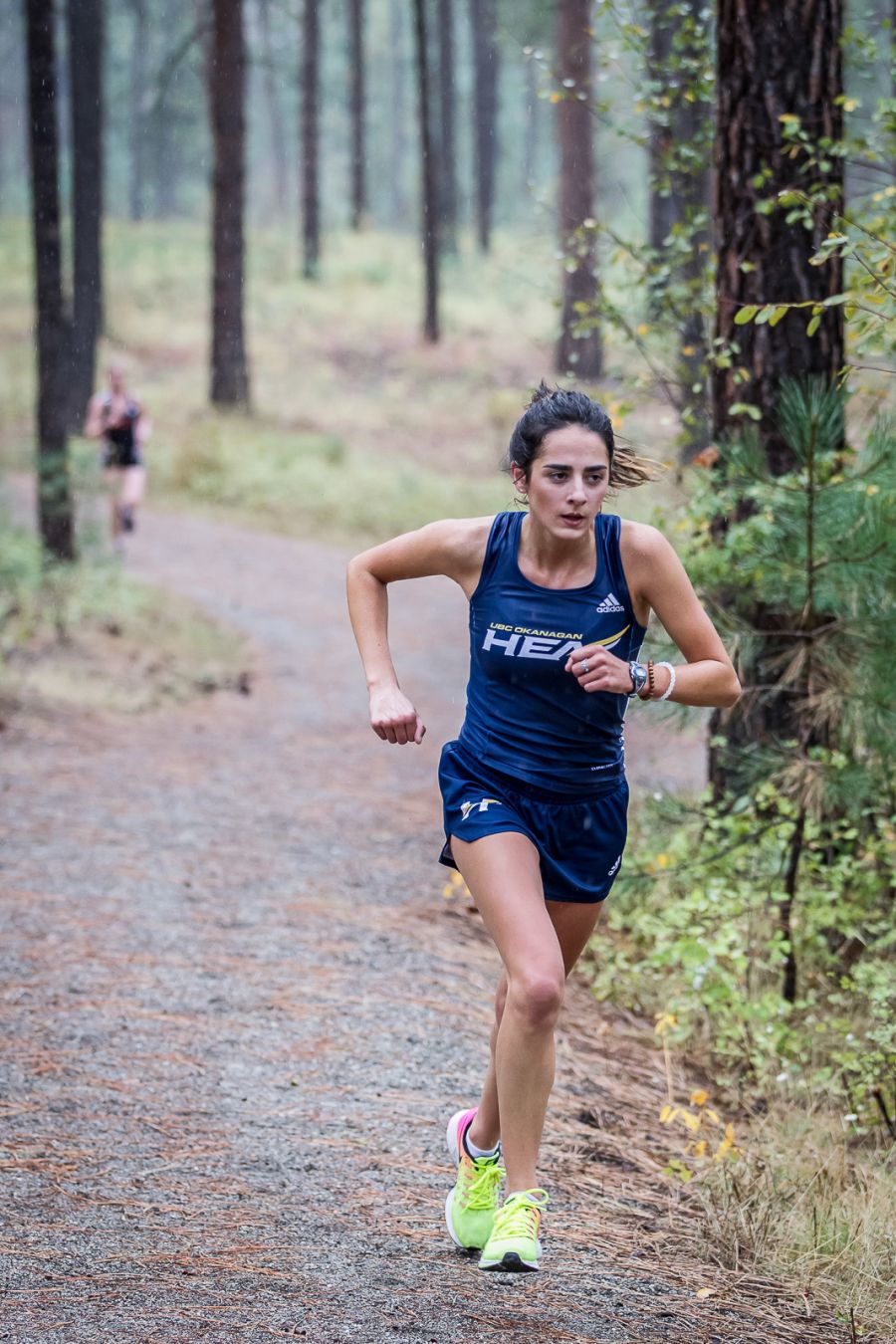 Student-Athlete of the Year

Fifth-year engineering student, Lars Bornemann won the award for the third consecutive season thanks to his superb play on the court along with his Dean's list academic average in the classroom. The Heat Volleyball outside hitter was named a second-team all-star in the Canada West thanks to a career-high 339 kills on the seasons along with 136 digs and 20 service aces. 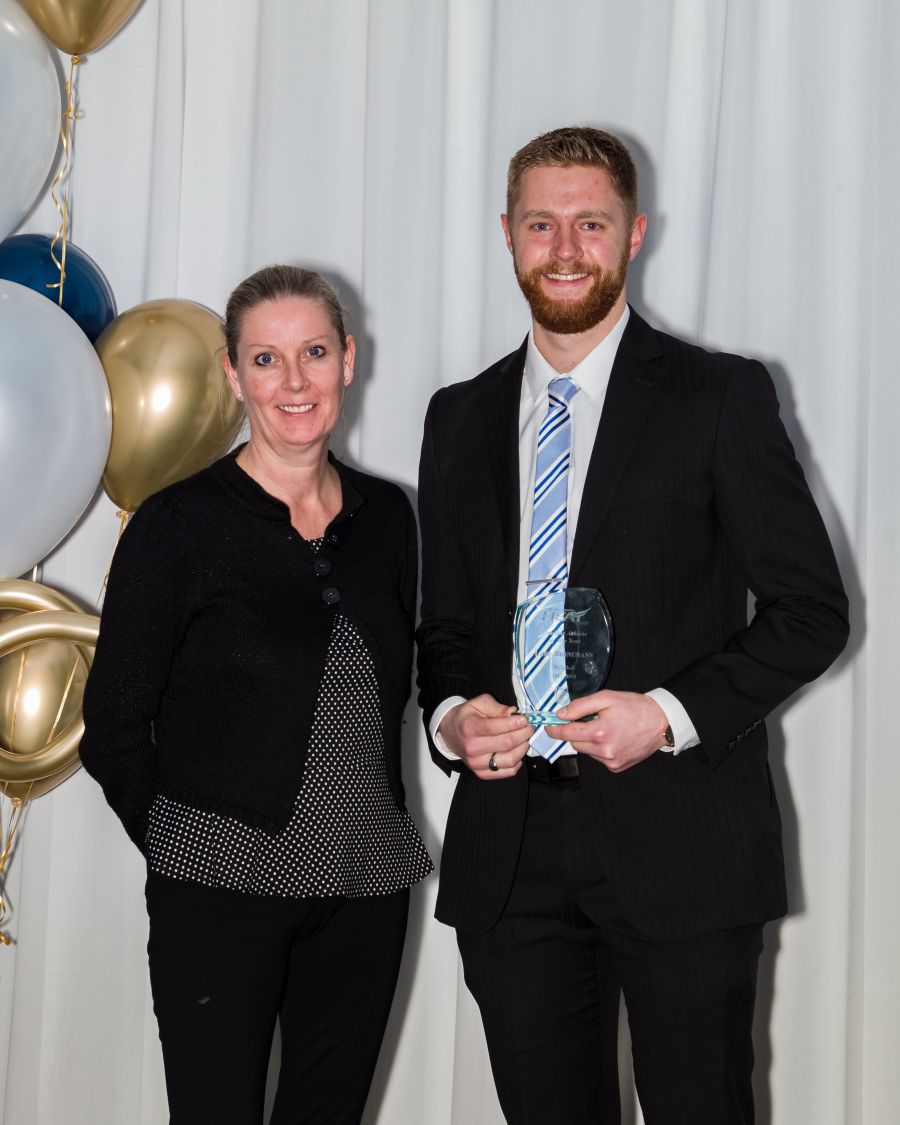 Siobhan Fitzpatrick led the way for the Heat volleyball team both on and off the court this season as the Kelowna product finished the year with a top-ranked average in the Science program as well as lead her team to the USPORTS National Championship. 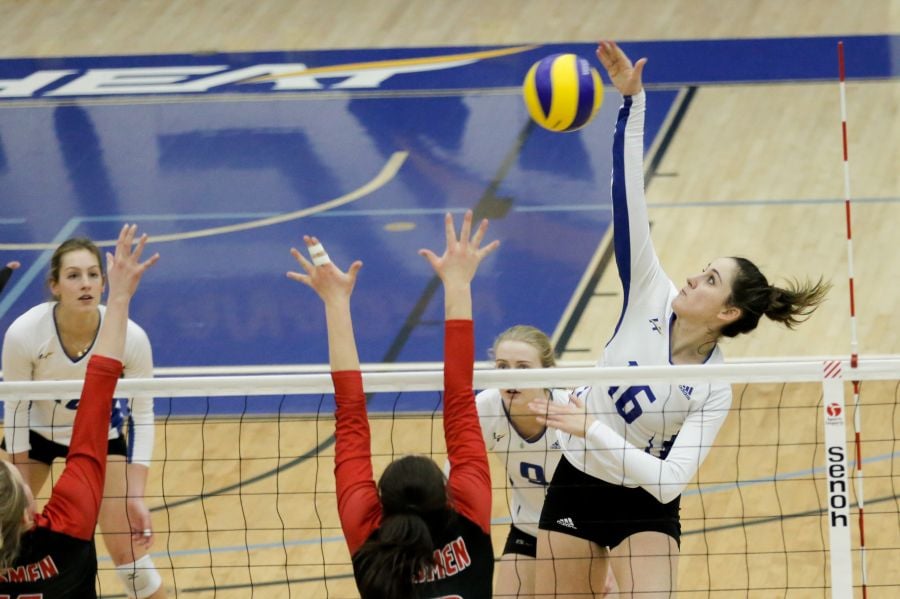 Graduating Player of the Year

Taking home his second of the night, Lars Bornemann received the graduate player of the year. He leaves as the most prolific hitter in Heat volleyball history. Lars finished his Heat career with a school-record 1275 kills during his five year run with the team along with 591 digs and 87 service aces. The Victoria product has also been a model student-athlete throughout his career with UBCO as he has been named an academic All-Canadian during every season with the Heat along with being a three-time winner of the UBC Okanagan Male Student-Athlete of the Year. 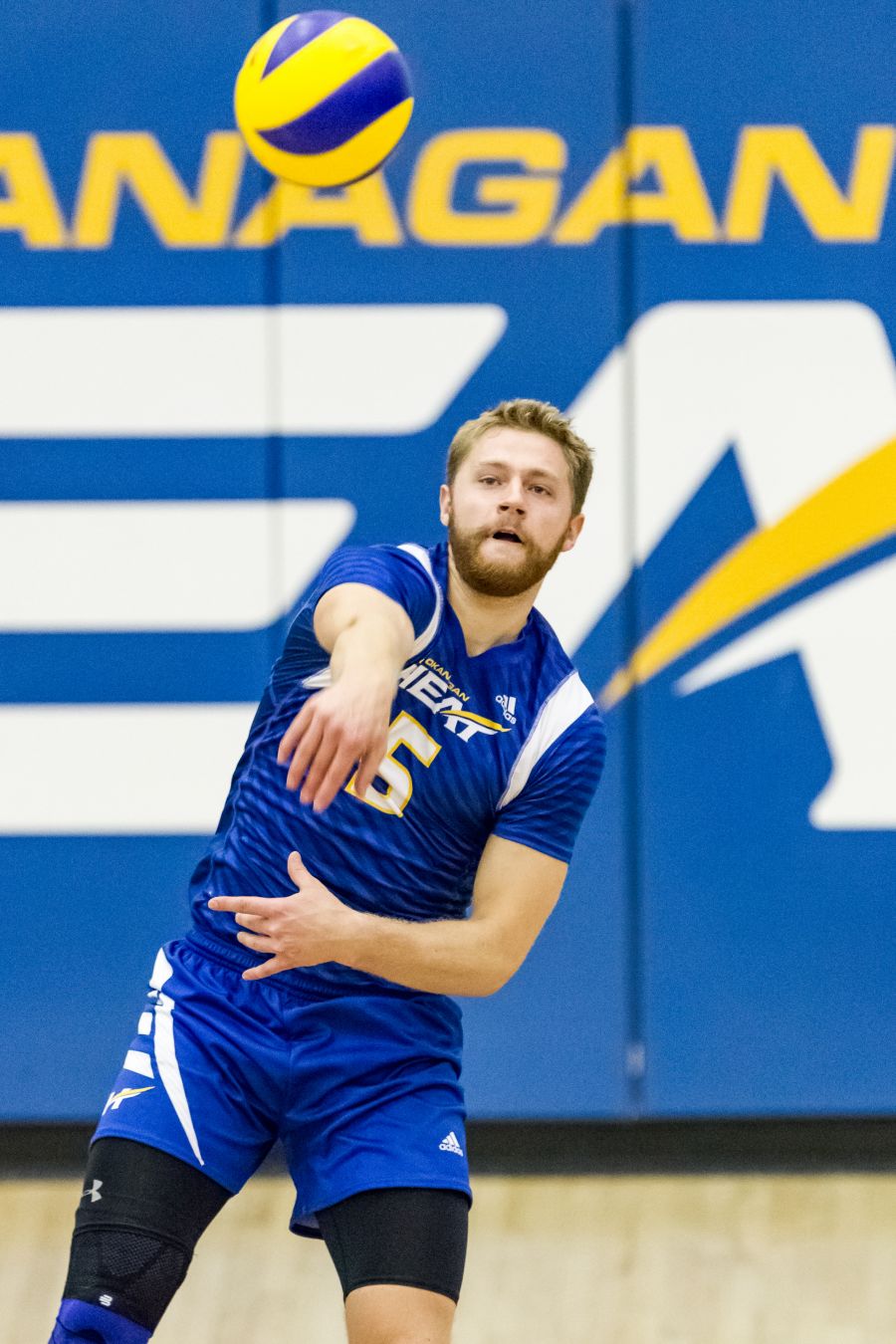 Michelle Jakszuk and Siobhan Fitzpatrick finish their Heat volleyball career together, splitting the graduate award. Both Jakszuk and Fitzpatrick have had nothing but success since joining the Heat volleyball program at the beginning of the 2013-14 season. The two have made the Canada West playoffs in every season they've been with the team including a national bronze medal during the 2015-16 season. 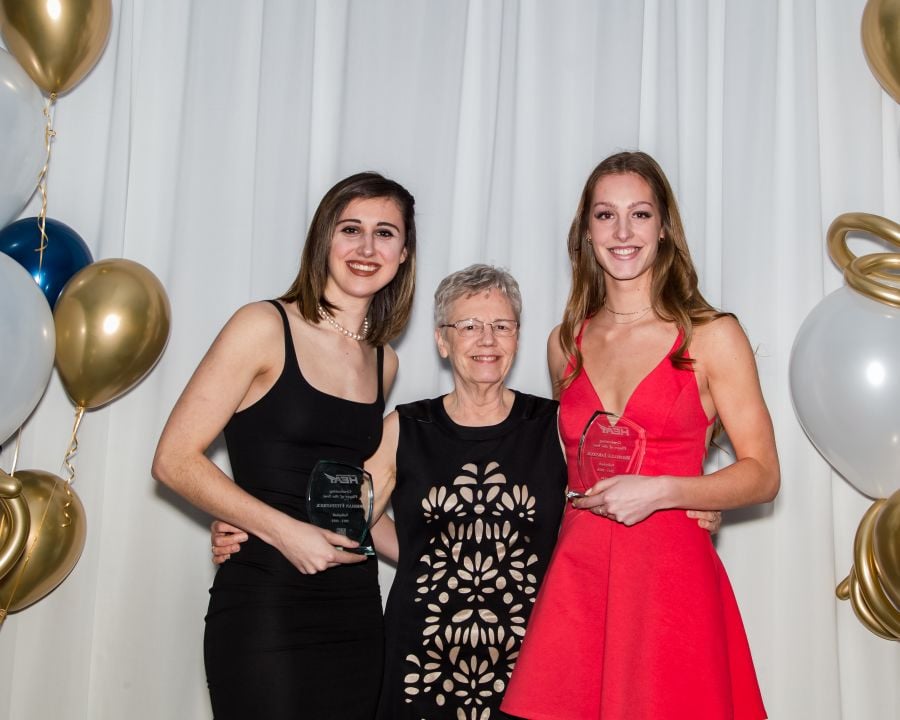 Rookie of the Year

The 6'7" middle Caleb Funk was named to the Canada West All-Rookie team thanks to his superb play throughout the season for the Heat. The Strathmore, AB product played in every single conference match and led the team in all blocking categories along with having 81 kills to lead all rookies on the Heat. 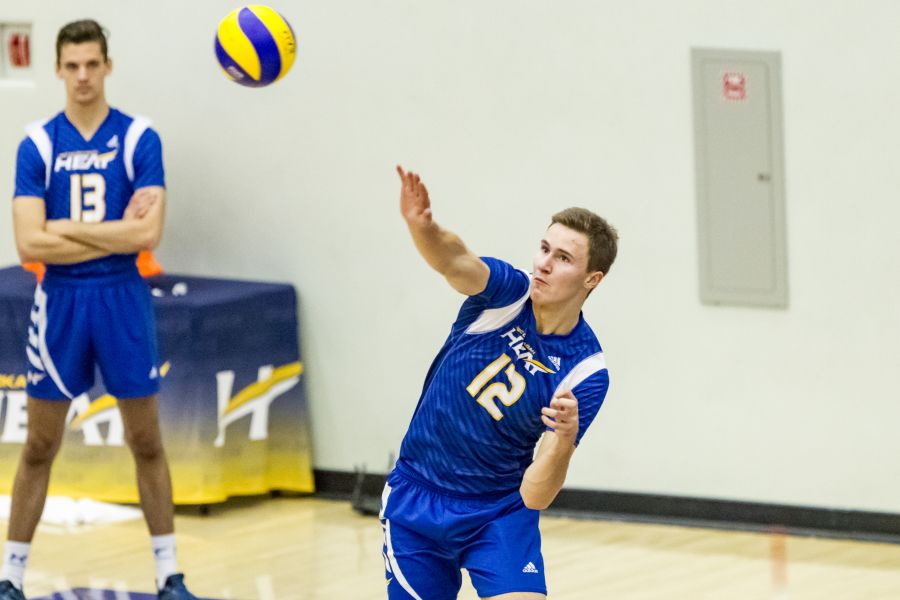 Kate Johnson (PG) finished the season averaging a team-high 2.1 assists per contest and ranked second on the team in steals per game. One of the fastest basketball players in the entire conference, Johnson would be a lockdown defender all season for the team as she was tasked with guarding the opponents best player most the time. 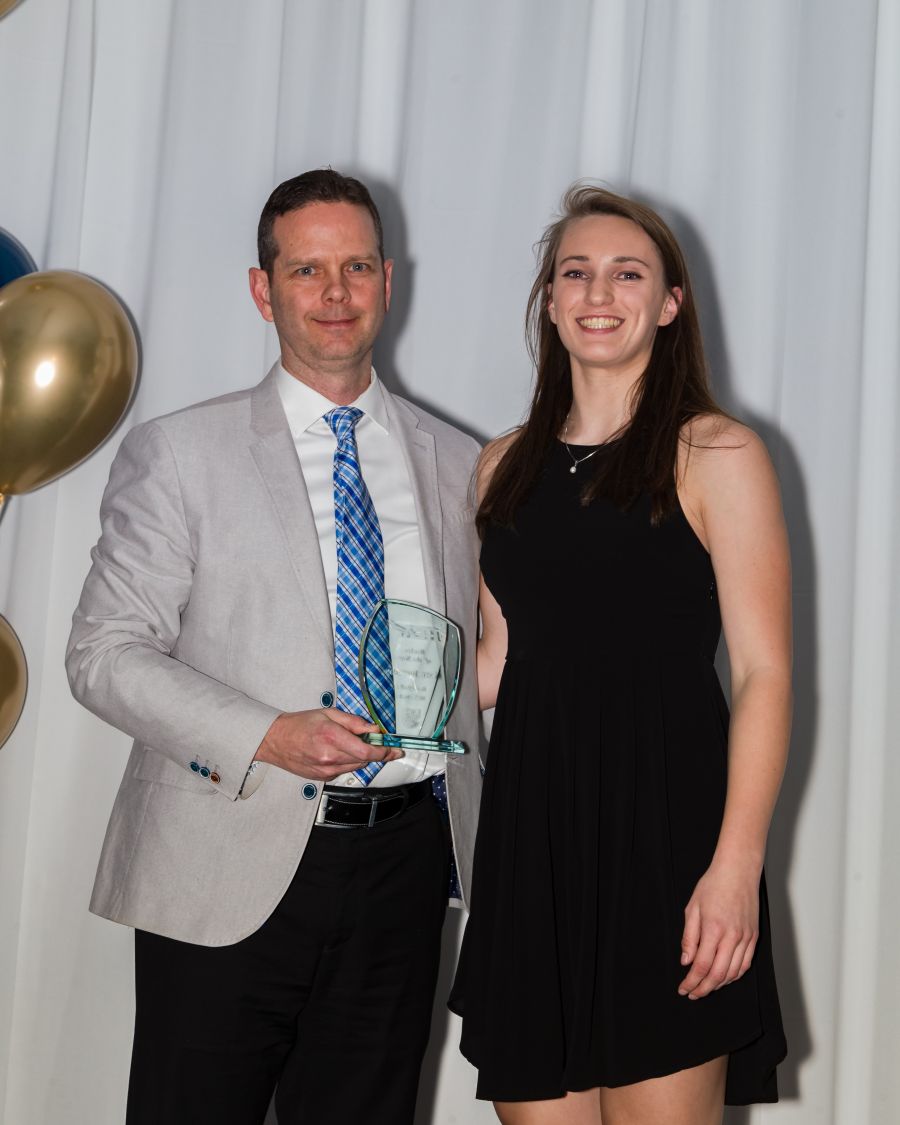 It's the second straight year that the fourth year science student has captured the award thanks to his hard work in the classroom that led to one of the top-ranked averages in his program. On the soccer field, Kingzett started 12 games for the Heat tallying one goal and one assist.

Picking up his third and final award of the night after being a finalist for this award the last three years, Bornemann was able to finally capture the Provost award thanks to his hard work in the classroom that led to the highest average among male athletes over two semesters. 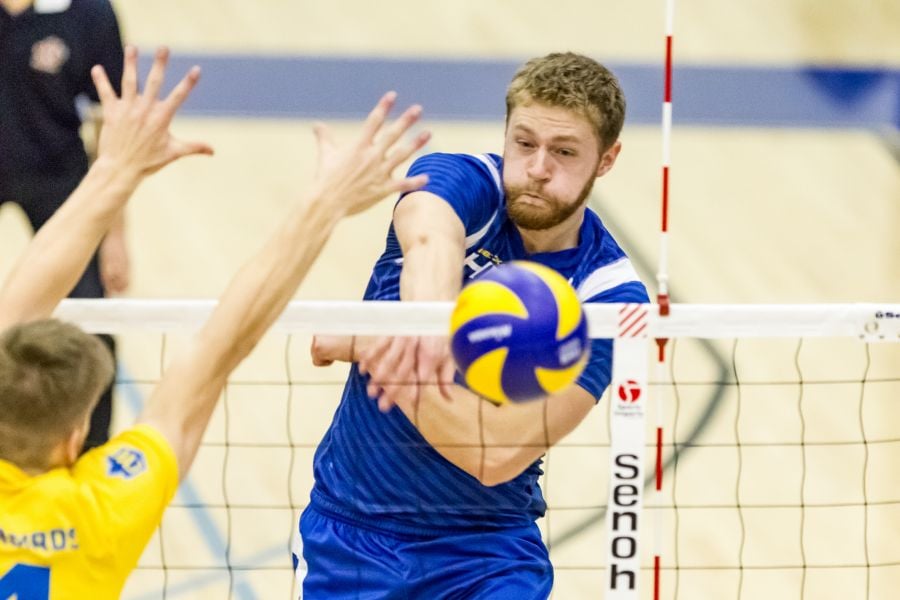 Garrett (cross country) put her work ethic on display throughout the year in the classroom as she thrived in the human kinetics program leading to one of the highest averages in the faculty. The third-year student also was a member of the travelling team that captured a bronze medal at the CCAA National Championship in November. 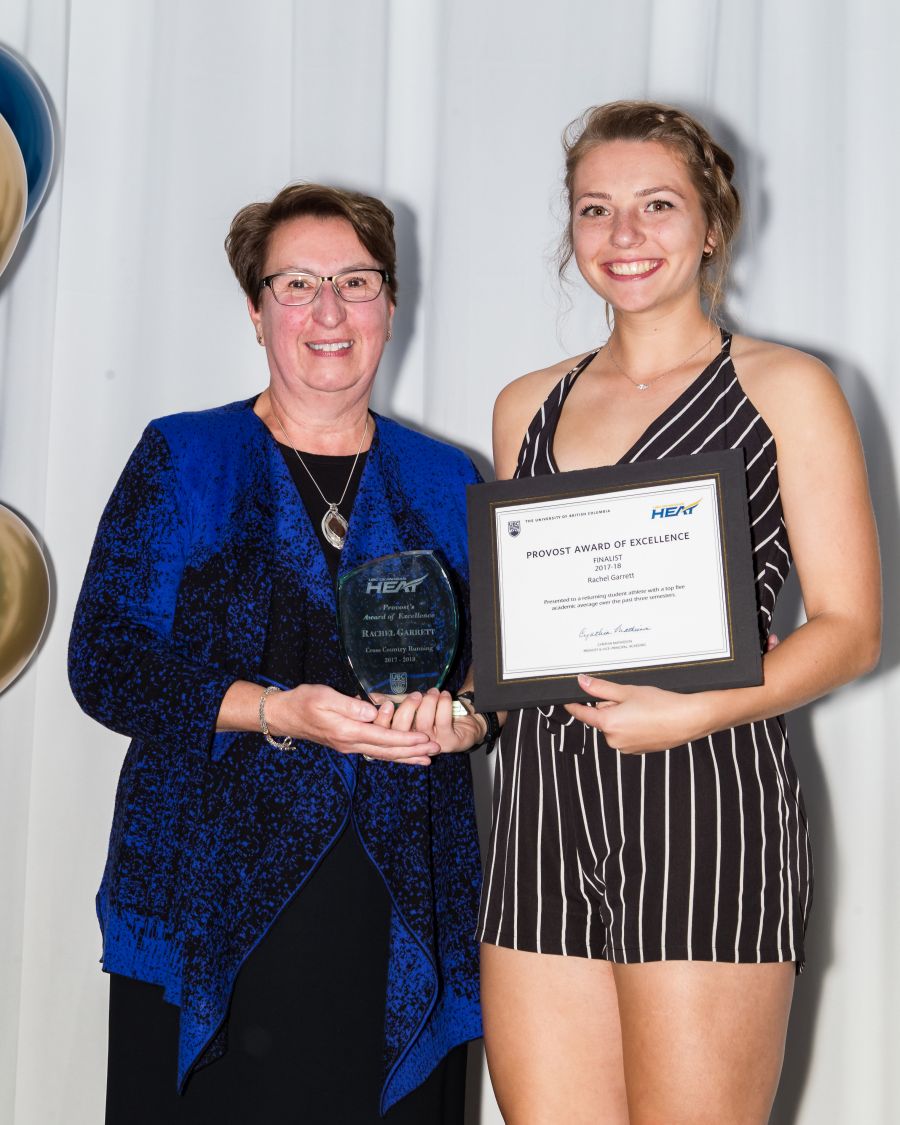 The 2016-17 academic All-Canadian continued her success in the science program this year as she finished with an average in the 90's. One of the hardest working students around, Thompson did a great job balancing her studies along with being apart of the Heat volleyball program that made the National Championship.