For the second time this spring, the UBC Okanagan U17 Junior Heat girls came away with a winning record at a Prairie Elite Basketball League tournament in Calgary on the weekend. 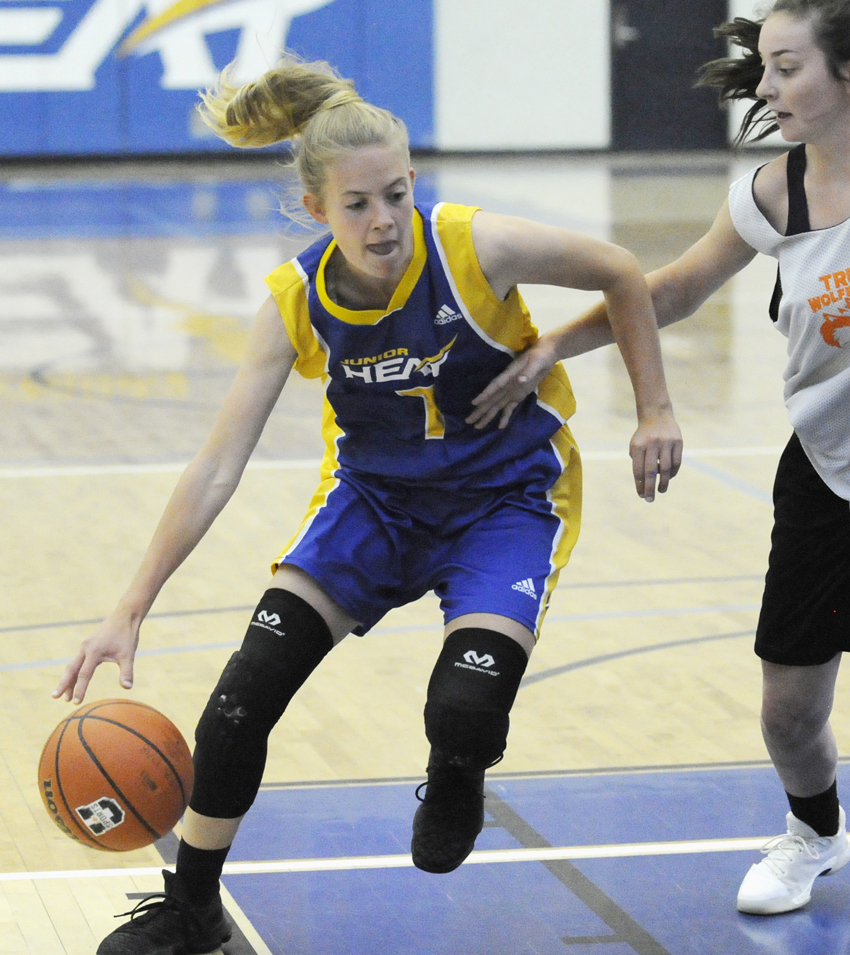 The Heat won two of three games and came through with what their coach believed was their best performance of the season in the one encounter they lost.

Setting a positive tone for the weekend, the Heat opened with a 68-45 victory over the Lethbridge Junior Pronghorns on Saturday, led by Kelowna's Naomi Kent’s 22 points and seven rebounds. Jaeli Ibbetson added 14 points and seven boards while Kelsey Falk of Vernon chipped in with eight points, five rebounds and five steals. 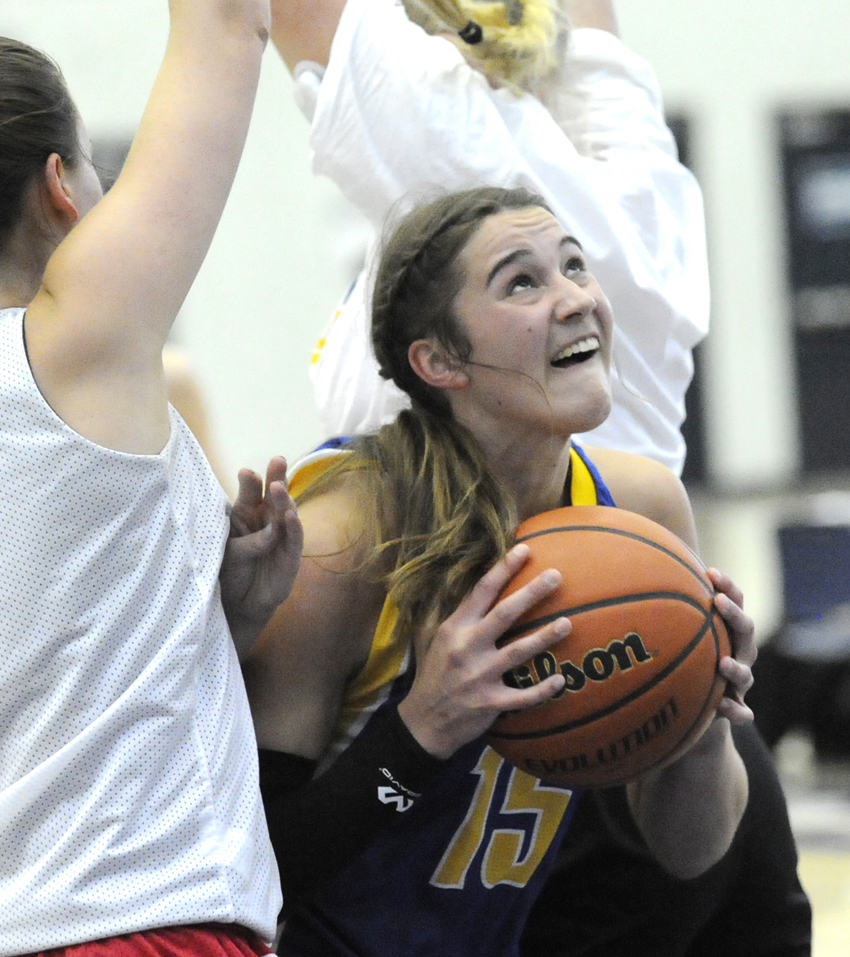 “Going into the weekend, we talked about having a good start and playing four strong quarters,” said head coach Bobby Mitchell. “And we did just that, going up 14-8 in the first quarter and having a 51-30 lead going into the fourth.”

The Heat came up short on the scoreboard in their second game, but were given high marks from coach Mitchell in a 51-47 defeat at the hands of the Alberta Junior Pandas of Edmonton. 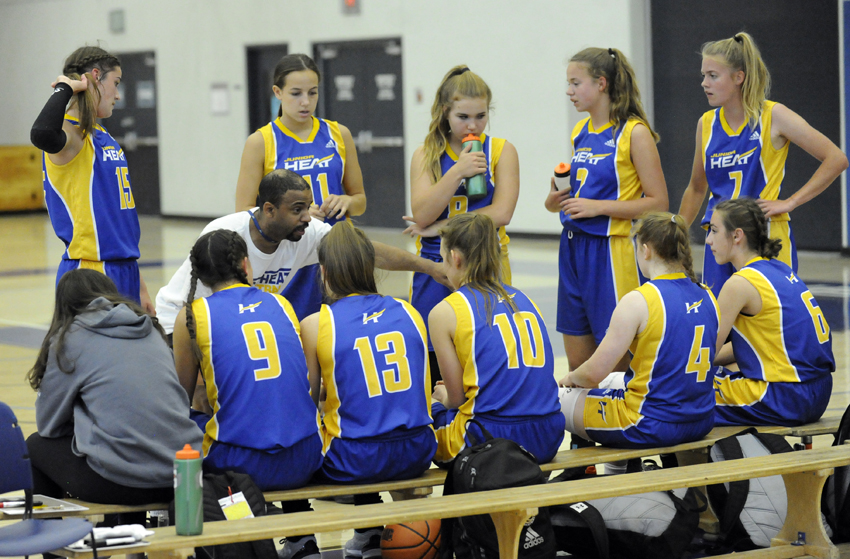 “I was very proud of the girls for their compete level and mental toughness,” noted Mitchell, who lost Falk to an injury early in the first half (she returned for the second half) and then Kassidy Day — fouled out early in the fourth quarter.

Tied at 20-20 at the half in a battle of tight defences, the Heat took a 36-33 lead into the fourth quarter, but couldn’t hold on despite getting the looks they wanted late in the game. 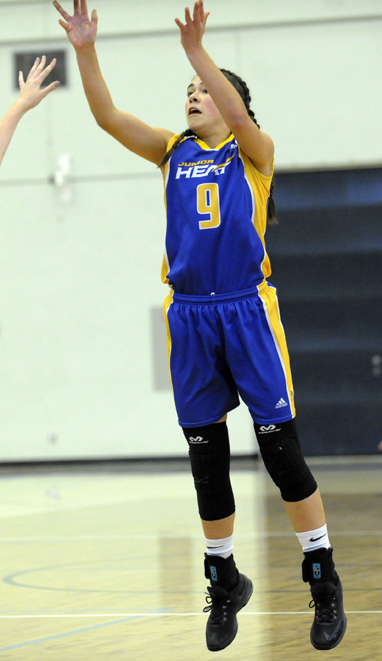 Ibbetson’s 15 points and eight rebounds led the Heat while Falk finished with 12 points and nine boards.

The Heat got off to another quick start on the way to a 72-54 victory over the Grant MacEwan Junior Griffins in their final game and led 39-26 by the half.

Lexi Corday, only in Grade 9, was good for six points while Paige Watson provided spark off the bench with her hustle and rebounding. And Jordan Kemper, as she did all weekend, played outstanding defence — blocking shots, rebounding and neutralizing the Griffins’ big.

Coach Mitchell, whose team boasts a 5-2 record in PEBL play and a 9-3 mark overall, said the Heat’s results on the weekend, their overall work ethic and compete level bodes well for the summer ahead.

“These players have high expectations for themselves and are very motivated to keep getting better as the summer goes on,” said Mitchell. 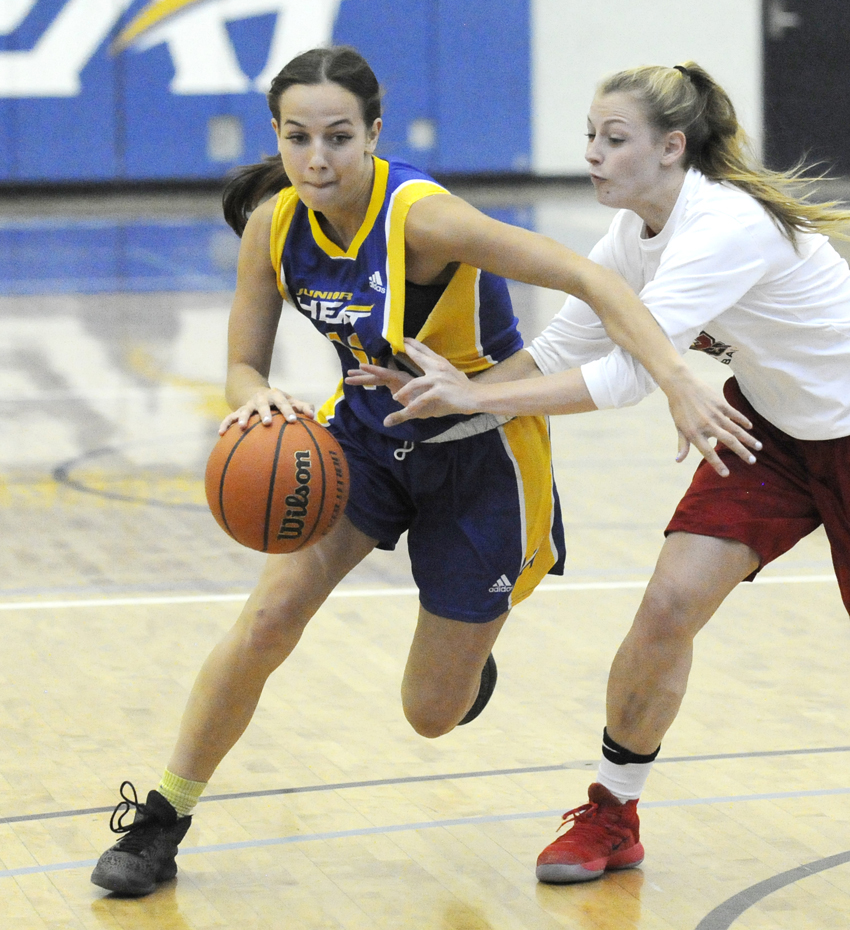 He added that PEBL the experience has shown the Heat can compete well with the top-level players in Western Canada, some of whom will represent their provincial teams when league play has been completed.

“We were able to play in front of a number of U Sport (university) head coaches and assistants, as well as a number of college coaches in both Calgary and Edmonton,” he noted. “It’s the type of exposure they just can’t get at most club tournaments.”