The rescheduled World Junior Championship is through the round robin and into the knockout portion of the tournament.

Canada secured first place in Group A with a perfect 4-0-0 record and will be looking to keep that going against Switzerland in the quarter-finals this afternoon.

GAME DAY! On to the playoffs. 🇨🇦🇨🇭

Switzerland has had a more difficult tournament than Canada, winning its only game 3-2 against Austria on Monday to secure a spot in the quarters.

However, the Swiss have been a thorn in the side of top-end teams at this tournament for years and will be looking to pull off the unthinkable upset this afternoon

Canada will need another strong performance from their best forwards Mason McTavish and Connor Bedard, who have been a force to be reckoned with during the first four games. 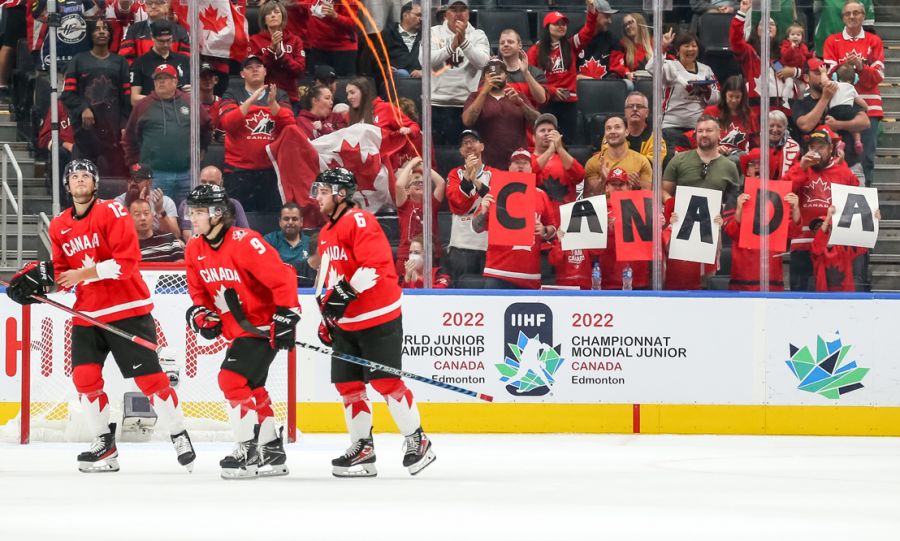 McTavish, a Ducks prospect who is wearing the C for Canada, has seven goals and 13 total points so far, while Bedard has seven points and has wowed fans as an underage player.

Today’s quarter-final matchup will start at 4 pm and you can watch all the action on TSN.

The other quarter-final games today include Finland against Germany, Sweden against Latvia and the United States against Czechia.