A uniquely designed building could soon be constructed in Kelowna. 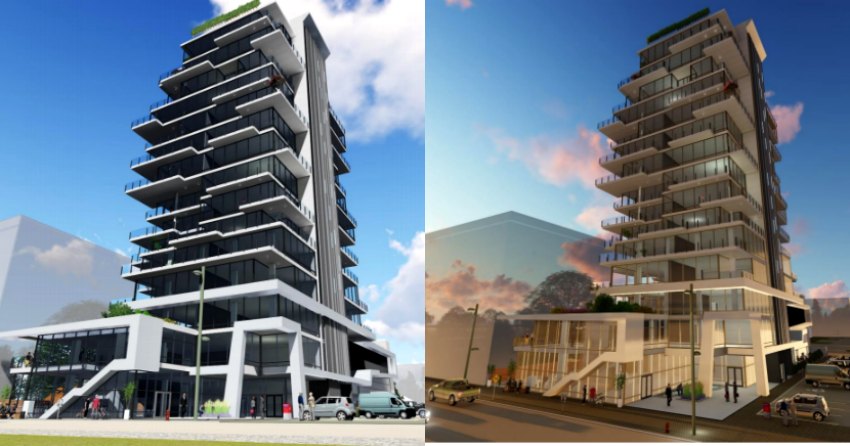 "The local developer's family have been a part of the Okanagan for decades and he approached us with the design,” said Roman Yamchshikov, Architect with New Town Services.

"Each floor plate projects out in a random direction with no two floors being the exact same." 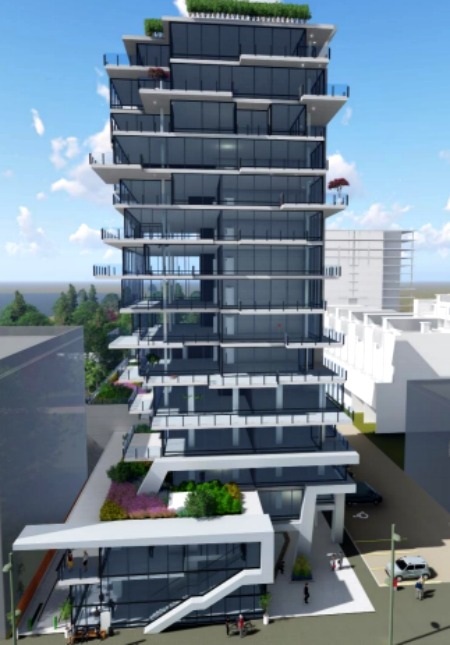 The developer's name has yet to be disclosed but if approved, the project would stand in the South Pandosy Urban Centre along Cedar Avenue.

To make way for the development, two existing lots occupied by single detached homes will be demolished to prepare the land for re-development. 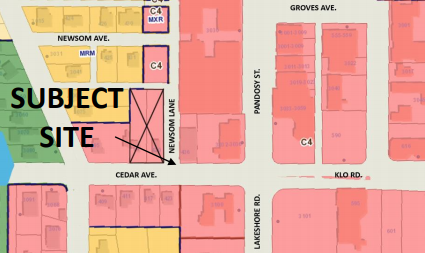 Details of the proposal include 52 parking stalls, however the development is working to influence residents to drive less with a series of green initiatives. 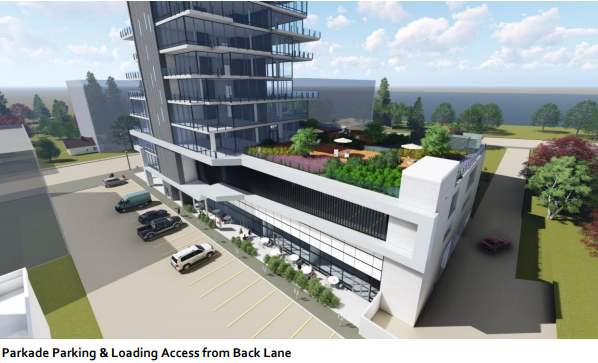 City council will have to approve a permit to rezone the property from urban residential to C4 urban centre commercial zoning.

The commercial zoning would accommodate a public plaza with retail shops, galleria and an outdoor café.

In a letter to council, New Town Services says the narrow tower would be less than half the width of the nearby one at Sopa Square, but would stand almost seven metres higher.

“The narrow structure will complement the policy intent for increased density and spatial separation between tall buildings and will help to ‘landmark’ the core area as the hub of the Pandosy Urban Centre,” the letter reads.

“The desire to build a slender, taller structure is preferred over the alternative of a bulky building of half the proposed height and more than twice its girth. A shorter, plumper building would further obscure the skyscape and limit the amount of sunlight penetration.”

The project is expected to go in front of city council later this month.