With a daytime high forecast at -5°C, Vancouverites will almost certainly be complaining about the city’s coldest day of the year.

However, residents in the chilly Chilcotin region of northern BC are being told to avoid the outdoors all together as temperatures dip to nearly -50°C.

According to Environment Canada, the Chilcotin region registered at -48.5°C Tuesday morning, breaking the previous cold record of -43.4°C for Jan. 14 which was set in 2005.

The bitterly cold Arctic ridge of high pressure bringing extreme cold to the north, east and central parts of BC is hitting the province next door even harder.

Environment Canada has placed not just one or two regions, but the entire province of Alberta under an extreme cold weather warning. 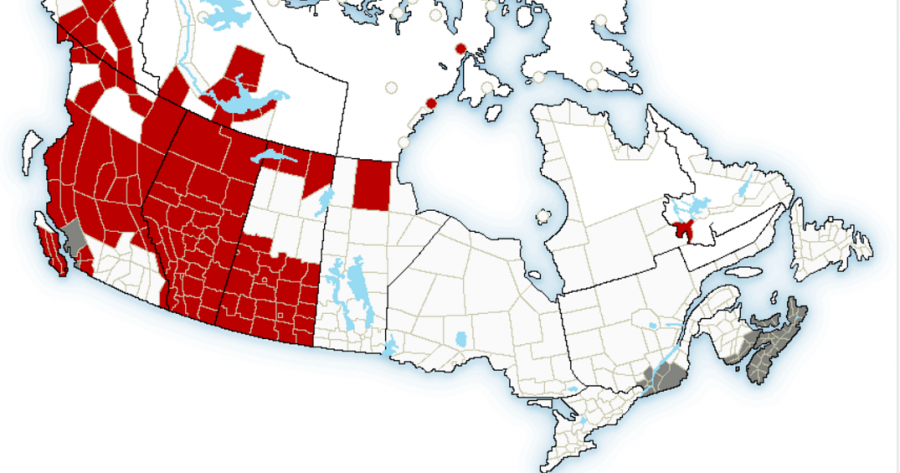 According to the warning, Albertans are facing wind chill values as low as -45°C to -50°C.

Thankfully, meteorologists are forecasting the high pressure ridge responsible for the extreme cold to move out of western Canada by the weekend.

But be sure to bundle up and keep your pet indoors until then!