People across the BC Interior can expect a heavy snowfall Saturday night.

A winter snow warning that was issued on Friday for the Coquihalla, Okanagan Connector and highways 1 and 3 remains in place.

Snow is expected to begin Saturday night with 15 to 25 centimetres expected.

Strong winds are expected to make conditions hazardous and limit visibility for people travelling through the mountain passes. 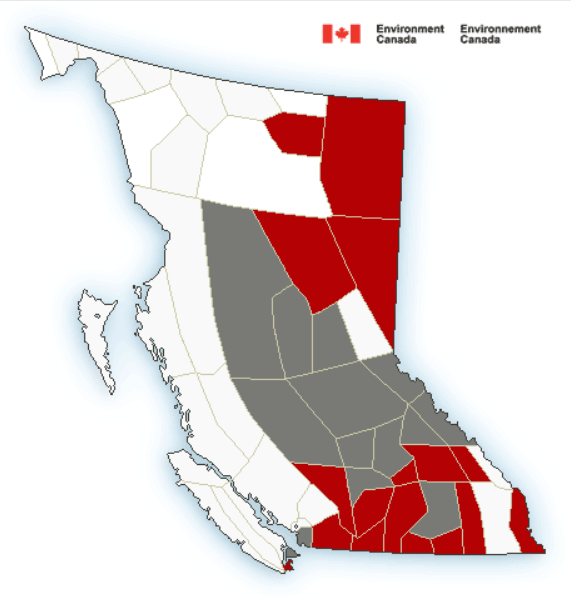 “The snow will end early Sunday as the frontal system exits the province.”

Cities and towns at lower elevations can also expect a period of heavy, blowing snow overnight as well.

However, Environment Canada says five to 10 cm of snow can be expected in the Cariboo, Nicola, Thompson, Similkameen, Okanagan, Shuswap and Kootenay regions.