May 2020 weather wrap up: More than twice the usual amount of rain after a dry start to the year 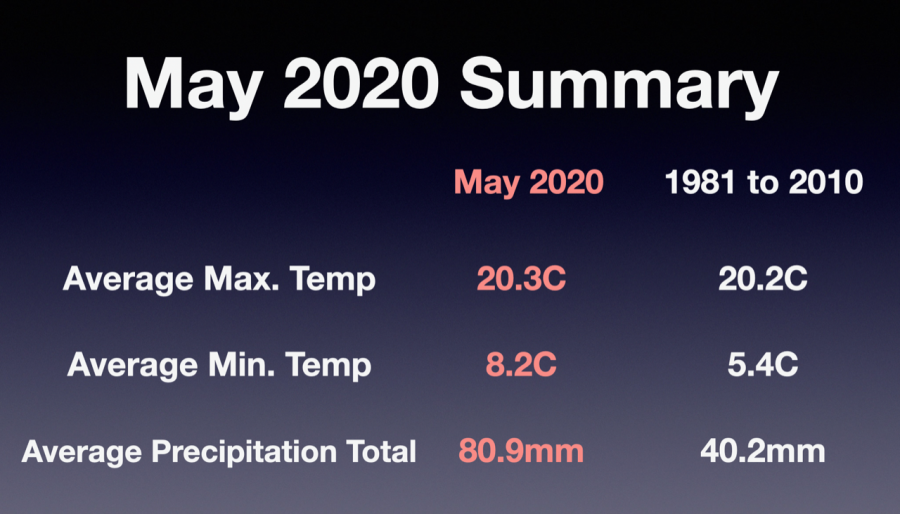 Last month was a different story. May received an ample amount of precipitation. The month of May is typically the second wettest month of the year in Kelowna behind June with an average of 40.2 mm of precipitation, however we received more than twice as much in May 2020 with 80.9mm at the Kelowna airport weather station.

Overnight lows were a few degrees warmer than average with May 2020 averaging at 8.2°C, compared to seasonal lows at 5.4­°C. All averages in this article are based on the Canadian climate normals 1981-2010 data.

The first day of June will be pleasant with a mix of sun and cloud with highs in the low 20s.

Have a great first week of June Kelowna!