Contrary to the prognostications of Canada's sagest groundhogs, it looks like spring is going to be delayed this year.

That's according to the Weather Network, anyway.

While March, April and May may feature occasional warm spells, Chris Scott, chief meteorologist at the Weather Network, said it will take time for those pleasant temperatures to stick.

But the exception appears to be in Victoria and Saanich, which should see flowers budding in the coming weeks.

But the rest of British Columbia will be slower to warm, Scott said, adding that cooler temperatures combined with average precipitation levels should make for a superb ski season. 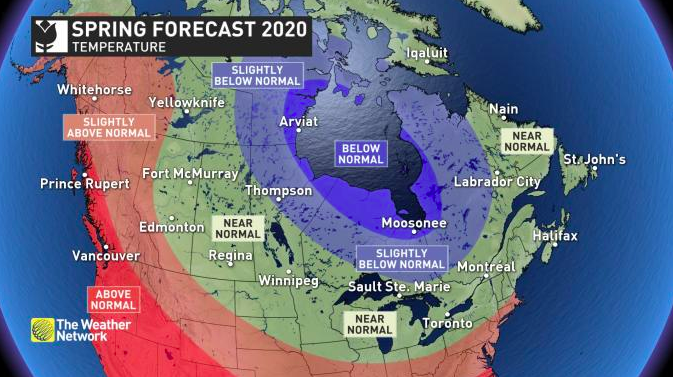 “The spring should finish strong across most of BC,” he added.

But the forecaster added: "When warmer weather does arrive, we will have to closely monitor the risk for spring flooding."

While Nova Scotia’s Shubenacadie Sam emerged from his burrow early this month and predicted a long winter, the groundhogs in Ontario and Quebec suggested spring would arrive early.

Not so, says Scott. He says the long-range seasonal outlook suggests spring will be “slow to bloom” across most of Canada.

“We don’t want to be saying that spring is cancelled: it will come, and we will have some really nice teases,” he said.

“But the ghost of winter will come back at times and the groundhog may be scurrying for cover.”

Across the Rockies and into Alberta, Saskatchewan and Manitoba, where winter hasn’t been quite as cruel as usual, Scott said temperatures will also be up-and-down. Much of the region will record slightly above-average temperatures, save for northern Manitoba, which will trend colder than usual. 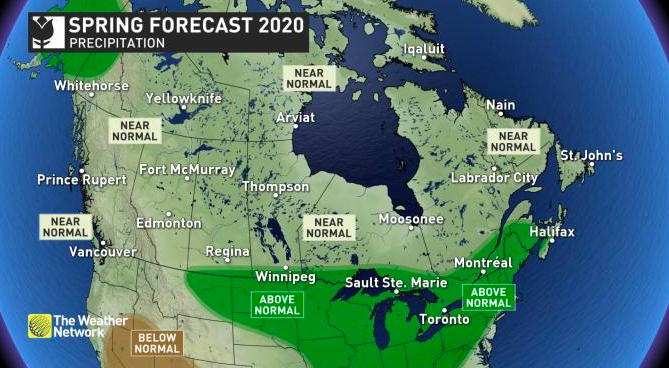 “Be ready for a few sneaky late winter, early spring snowstorms in there as well before we really get into the full burst of spring,” he said.

Scott predicted that precipitation levels will be near seasonal norms throughout most of the Prairies with the exception of regions south of the Trans-Canada Highway in Manitoba and Saskatchewan, where more snow and rainfall is anticipated.

Wet, changeable conditions are expected to prevail in Ontario and Quebec, Scott said, adding the unappealing forecast may still exceed the low bar set by recent spring conditions in those provinces.

Residents in the southern regions of central Canada should brace for above-average precipitation even as they enjoy seasonal temperatures, he added.

Scott predicted a similar story for much of Atlantic Canada, with swings between warm and cold conditions resulting in average overall temperatures.

He singled out the western Maritimes as the exception, however, warning cold days are expected to linger for some time.

“We’re not done with winter here,” he said. “We expect some pretty wild swings back and forth.”

Meanwhile, Scott said a polar vortex is keeping the Far North in its clutches.

He said this year’s milder weather won’t reach the North until later in the season, offering a marked contrast to the balmier springs of recent years.